Do you know what would be really, really cool? What if Wizards started printing the magical items and even vehicles from Magicâs history that were never put into card form? We have a ton of unique and special artifacts that would make killer equipment. Now that vehicles are a type, you could make another iterations of the Weatherlight or Predator as well. Plus there are some really cool vehicles that we could make a vehicle.

Today I want to look at some top artifacts and vehicle that are out there that we could make a really kick butt card from in a future card set!

There is a pan-planar coalition of people called the Church of the Incarnate Soul. They worship Planeswalkers, and craft major items. They have a powerful knowledge and their items can be really powerful. One such item is the Manablade. According to Jace, the Manablade is made of etherium, and when used against a mage, it breaks their connection with mana. Think about that on a piece of equipment. What would breaking their link with mana look like mechanically? The potential just reels the mind!

For a while during the Weatherlight Saga, Magic had a real love of all things skyship. Many of these skyships traveled between planes, and were used as bases of inter-planar operations for non-Planeswalkers. Weâve had other items to let non-walkers to make that journey as well. Venser made them to travel about before his spark ignited. But the skyships were a major force, and were a key part of the Phyrexian Invasion, their dominance in Rath with the Predator and others. Given the Weatherlight Saga is named after a skyship, itâs clearly a key part of our lore. A handful of crew survived the Phyrexian Invasion among them Captain Sisay, Squee, and Tahngarth. Sisay is given the Victory, made by Dominaria as a thanks for their service and the loss of the Weatherlight. The Skyship Victory is sailed into the night by Sisay and some of the surviving crew. Wouldnât it be fun to see the Victory as a vehicle? 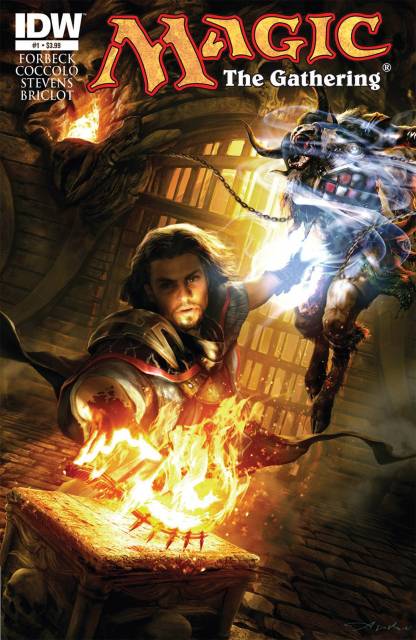 Ancient Fang is a dagger forged on Innistrad, and used by Planesalkers on other planes like Fiora and Rakdos. The holder has the memories of all of those who wielded it in the past, and itâs so powerful it can cut through wooden walls, and cause things to combust, including very flammable undead. After learning of it, itâs stolen by Dack Fayden, who eventually makes his way to Innistrad for vengeance against the Planeswalker who used it to kill his home on Fiora. After destroying a bunch of stuff, Sorin arrives on the scene, takes the dagger from Dack, and gives him information on the âwalker he seeks in return. I like it!

Fought over by Jace, Chandra, and Gideon, and from Zendikar, using Ghostfire of Ugin, the Dragon Scroll shows where Zendikar is, and as well how to use some of Uginâs power. It will lead Chandra and Gideon to Zendikar at the Eye of Ugin, where the three (joined by Jace) will face and defeat Sarkhan Vol before he can do some bad stuff as an agent of Nicol Bolas. But the magic from the Scroll unleashes the last chain on the Eldrazi, and leads to their release. Seems like a pretty cool piece of equipment, right?

The Predator, Flagship is not the only skyship in the service of the Phyrexian cause on the plane of Rath or elsewhere. The Recreant is Volrathâs personal skyskip. After the Weatherlight flees Rath for Mercadia, Volrath has his personal navy of hundreds of Phyrexian skyships, the smallest of which is bigger than the Predator. The Recreant is a huge warship that Volrath leads to chase them down. Recreant and Weatherlight battle over Mercadia City, until the Phyrexian Dragon Engine Ramos sees them. After being modified by Urza to protect, Ramos heads up and takes out the Recreant. The Recreant would be a cool Vehicle to see.

On Alara, long ago the angel Asha unsuccessfully fought against Malfegor and was unable to kill him. The sword was broken into a bunch of pieces and scattered throughout the plane. Later, the Swordâs many pieces are found, reforged, given to Rafiq of the Many who uses it to slay Malfegor.

The Mask was given by the Myojin of Night's Reach to Planeswalker Leshrac in order to defeat Nicol Bolas, Planeswalker. It gives him the power of both the touch of Phage and the touch of Nicol Bolas. As Leshrac uses it to battle Nicol Bolas across the planes, eventually Nicol Boas reveals the Mask Leshrac has, which is really powerful already, was just a copy, and Nicol Bolas had the real Mask all along. Surprise! Bolas heals with the real Mask, and then uses it to imprison Leshrac within it, and then uses Leshracâs power to close a time rift and ended Leshrac permanently. And this artifact easily makes itself. Deathtouch. When you deal damage to a player, they discard their hand and perhaps even lose half of their life or something. Something like that.

This set of artifacts were made by Urza to destroy an entire plane â Phyrexia. They had a master bomb to trigger them, but could still be set off manually (see Pernicious Deed as Freyalise goes and sets it off to take out a bunch of Phyrexia). Because they require the death of souls to equip, or one Planeswalker, I could see them having a cool ability like requiring the death of a Planeswalker before they can work. And then maybe a tap sacrifice of the equipped creature to blow up the world, and then they stay, like Worldslayer, but need to be turned on again or somesuch. Thatâs just one quick thought, there are a lot of other ways you could use them.

The battle from Ixidor is not going well for Otaria, led by Akroma, Angel of Vengeance and an army that Ixidor dreams into existence. Both the Cabal, led by the Cabal Patriarch, as well as Krosa, led by Kamahl, Fist of Krosa, unite to take out Ixidor and Akroma. They forge a weapon from the power of both Krosa and the Cabal called the Soul Reaper that will harness powers to end it. In the climatic battle, Kamahl uses it to kill Phage, Akoma, and accidentally Zagorka as well, but in their death they create the super powerful Karona, False God, and the weapon brakes. It would be a sick Green/Black legendary equipment, right?

A Planeswalker arrived to Dominaria and charged master smith Dakkon with making the most powerful sword in existence. Dakkon spends a decade forging it, killing a slave a day to slake its thirst. The blade becomes a soul draining force, that gives people the powers it takes. Dakkon will take the blade and go on a major killing spree on his plane, then he becomes a Planeswalker as a reward and the Blackblade is taken from him. He kills Sol'Kanar the Swamp King who is using it, and even another will take it in the future, Korlash. The sword is my top choice for a printing as an actual legendary equipment in a future set!

What about the Horned Halo? Itâs an artifact used to turn a good White-aligned Angel into a Fallen Angel. Wouldnât that be a really cool artifact to show off? Oh, and honorable mention to the Golden Argosy, a Keldon Longship that was an important part of their mythology, and transported the heroes, such as Lin-Sivvi, Eladamri, and many Elves and Keldons during the Phyrexian Invasion to the final Battle of Twilight in Urborg. (See Twilight's Call and Keldon Twilight)

And there are some other cool items and vehicles out there as well! What equipment or vehicles would you want to see in print thatâs not been made yet? What did you think of my list? Anything you want to see from the myriad of options?