Conqueror of the Dragon War, Uginâs Bane, Freer of the Eldrazi, Teferiâs Downfall, Master of Tezzeret and Sarkhan, Defeater of Jace, Leshracâs Woe, and the Mind Breaker, Nicol Bolas is the Multiverseâs most ancient evil. He makes Old Man Urza look like first-year Harry Potter, and Nicol Bolas has been dead longer than Tarkirâs elder dragons have been alive. Nicol Bolas got better. Death was only party of his master plan. 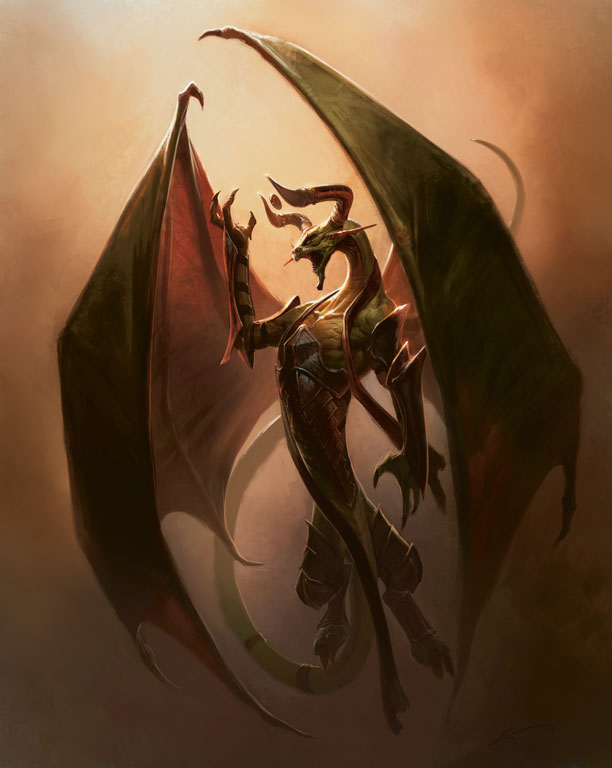 Commander was originally called Elder Dragon Highlander in honor of the first Elder Dragons. Three hits from one of these draconic masters would cause 21 commander damage and spell a Planeswalkerâs doom. Nicol Bolas only needs one hit to cripple adversaries. After their minds are shattered, they can only wriggle and writhe until their inevitable defeat.

Before studying the particulars of the decklist, we must first understand its strategy. Ultimate evil is more than just a commander; itâs a way of life.

Manipulate other players into weakening each other. Then annihilate them.

A control deck in Commander need not counter every threat or board-wipe every creature. Let other players exhaust each other while you sit behind a wall of threatening untapped mana. Let them fear your power to kill their commanders at instant speed. If they try to resolve key spells, intimidate them to form a temporary alliance. âIf I let that resolve, will youâ.â.â.ââ Of course, you need not actually have countermagic in handâjust try to keep the maniacal laughter to a minimum.

To increase your political prowess, listen to this podcast of the Command Zone. Regrettably, some enemies with commanders like Ruric Thar, the Unbowed are too dense to be guided by reason. Youâll need to influence them with something more obvious.

Cards like these do the talking for you. Theyâll intimidate players just enough to attack someone else without aggravating anyone into a blood feud with you. Whatâs better than a Wrath of God? Itâs one that leaves your opponentsâ creatures alive to attack each other. But your subtlety need not end there.

You can use flavor as a weapon. Including Vorthos cards like Gem of Becoming gives you more than just three lands. Suboptimal choices such as Undermine and Spite // Malice make for a more fun and flavorful play experience, and players are less likely to see you as a power-gaming threat to be taken down first. Disdain most of the good-stuff cards in each of the deckâs three colors, and tell the other players youâre doing so. The decklist follows Jason Altâs 75% deck-building philosophy and uses it for evil.

Nicol Bolas can demolish your enemies, but heâs priced fairly at 8 mana. Donât plan on recasting him too often. Tapping out to play him then passing is a weak play. You cannot risk flying him into a board wipe. Instead, melt the Wraths out of the opponentsâ hands before they can cast them.

The deck has a Dragon subtheme, but thatâs not only why these were chosen. They cause Nicol Bolas himself to deal damage, and his merest touch is enough to destroy sanity. It need not happen in combat. Scourge of Valkas and Dragonlord Kolaghan make fine minions for Nicol Bolas. There are no hasty boots in the deck because they wouldnât fit a Dragon, but he could wield a Clout of the Dominus. The shroud grants additional protection from the Elder Dragonâs greatest enemy. 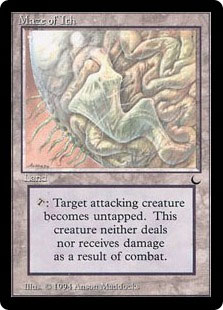 Maze of Ith and, to a lesser extent, Homeward Path can thwart your game planâhence the Strip Mine and the universal answers like Wipe Away. Bounce becomes removal when Nicol Bolas shatters hopes and dreams. Put his discard effect on the stack, and then cast Evacuation if necessary. At this point, cackling is required. 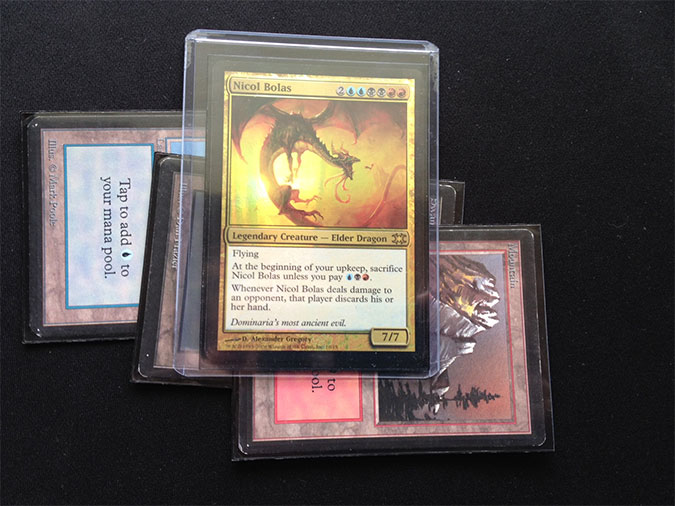 Here, we see Nicol Bolas sprawling over his domains. Place the lands required for his upkeep under him. Wise Planeswalkers donât take chances with their 8-cost commanders. For more tips to avoid embarrassing mistakes, see my Foolproof Magic articles.

Even with the best of Dragon tending, Nicol Bolas may die. Remember: Thatâs just part of his plan. Consider letting him go to the graveyard so you can bring him back with cards like Reanimate and Cruel Ultimatum.

This decklist includes some of Nicol Bolasâs iconic cards, along with a few discard synergies like Waste Not. But there are more. Hereâs why they werenât included.

Sarkhan allows his master to deal 7 mind-blasting damage to an opponent. Your commander can also fight beside his Planeswalker self, who warps in from an alternate timeline. The chief problem with both these flavorful cards is that theyâre nombos with Propaganda, No Mercy, and Dissipation Field. Nothing feels worse than admitting that, yes, creatures can attack your Planeswalker without fear. If youâd prefer to play the Planeswalkers, cut the enchantments for the coercive alternatives of Brittle Effigy, Nevinyrral's Disk, and Vow of Malice. If you go this route, I also suggest swapping Phyrexian Metamorph for Dack Fayden.

Itâs hard to say no to a Dragon as epic as Crosis, the Purger. He even synergizes with the deckâs bounce effects. However, he cannot force an opponent to discard Maze of Ith or anything else colorless. He requires combat damage. If you have a haste effect, he still costs 6 plus 3, for 9 mana to attack and activate, which is more than the Elder Dragon. Crosis doesnât shatter minds. He just gives the opponent a moment of wondering, âWhere did I lose my keys?â Donât play this pitiful runt. Go with a different threat in Hellkite Tyrant.

Though Liliana was once an ally to Nicol Bolas, donât get too cute. The life-loss is just a win-more. If you demand other discard synergies, play Bloodchief Ascension. Tell players youâll only drain them if they displease you. Itâs a may effect. Adding Myojin of Night's Reach is also defensible, and yes, this dread demigod was also an ally. 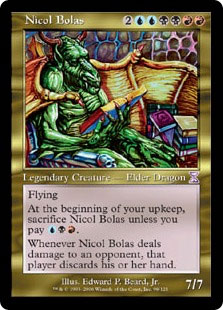 Look at that book. Itâs no surprise that the greatest of all Dragons started off as a nerd. Thanks to his reprinting in Time Spiral, Nicol Bolas is an affordable commander. Most of the expense of the deck comes from the lands. I donât even have all of them. For the ones youâre missing, substitute Vivid lands, pain lands, and gain lands in that order. Theyâll even bolster your deception as a non-threat.

You can cut Baleful Strix for Royal Assassin. Phyrexian Metamorph could be Darksteel Ingot. Venser, Shaper Savant could downgrade to Recoil (but upgrade with a cool card name). Burning Wish may be the most expensive card in the deck, considering how many nefarious sorceries you may buy to go with it. Replace it with any in the below list, depending on your meta.

The Most Wicked Tutor

These cards range from utility to cackle-worthy, but conserve your friendships by refraining from the ilk of Boiling Seas and Flashfires. You donât want the hatred to run so deep that players attack you no matter what the next game.

Give your opponents your best toothy smile. Allow them their petty squabbles amongst themselves. All is going according to plan.