Magicâs story is entering into a new age. Gone are the times when you had to piece together twenty or more cards or read three novels to understand the storyline behind the cards. Today, we are going to discuss the recent changes regarding how Magic approaches its story outlined at the San Diego Comic-Con and how Uncharted Realms fits into it.

A Shift in Storytelling

Its roughly twenty minutes of Wizards of the Coast Creative all-stars like Jenna Helland and Jeremy Jarvis (and guest appearance by Ari Levitch) talking about all things Vorthos in Magic. Three of the key story changes were of particular interest:

Now, if you are a longtime Magic fan as I am, those first three point may not actually seem all that new to you. For those of you newer to the game and not in the know, Magic has already tried key areas one, two, and three before, with a story known as The Weatherlight Saga.

The Weatherlight Saga had a central cast of characters known as the Weatherlight Crew, a motley band of adventurers serving under Captain Sisay aboard the plane-hopping skyship after which the crew was named. 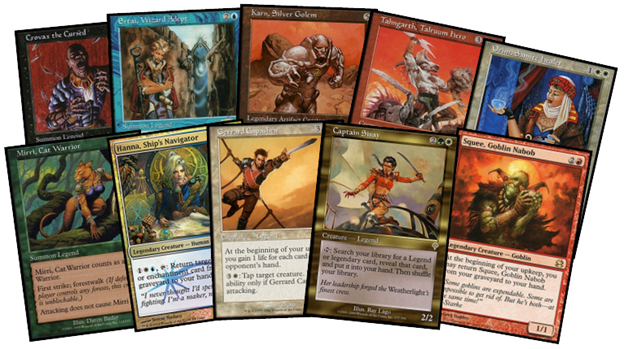 The crew also took part in a large, continuous story. The Weatherlight Saga is still considered to be the definitive epic of Magic lore. The story was told over four complete blocks (that's four years!) spanning from the Weatherlight expansion to Apocalypse.

As for showcasing story moments on cards, The Weatherlight Saga did not slack off in this area. Characters and plot events were prominently featured on the cards in the block, showcasing important story moments and then some. 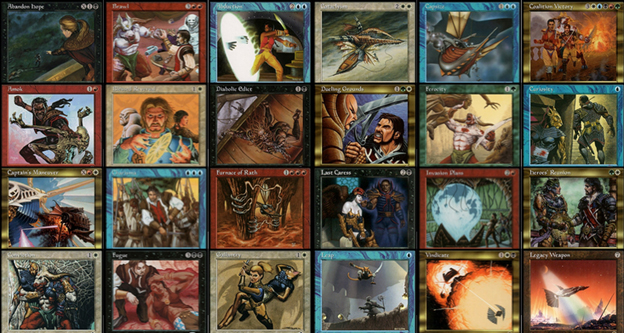 For the remaining story details that could not be discerned from the cards, whole novels were released along with each set. Fan response was mixed at best, due mostly to the fact that sets felt oversaturated with unnecessary story references on cards that did not line up well mechanically. Gerrard is nice and all, but when his bearded mug is on every third card, it becomes difficult to easily tell those cards apart.

Eventually, Wizards would move away from showcasing story moments so predominantly on the cards, focusing more on general world-building than on establishing an ongoing canon story.

Have a Central Cast of Characters

As Jenna mentioned in the panel, it was around Theros block when the Creative Team decided that they wanted to breathe new life into Magicâs story. The first order of business was to establish a new central cast of characters.

There are two major differences between this band of merry adventurers and the Weatherlight crew who came before them.

First, There are fewer overall main characters. Having a smaller cast enables us to spend time really getting to know a few peopleâinstead of kind-of knowing a bunch of people.

Focus on a Continuous Story

Jeremy Jarvis highlighted their return to focusing on a more continuous story. After The Weatherlight Saga and before current times, stories we have been experiencing were tied mostly to the blocks they were in. Elspeth's story began and ended on Theros. Sarkhanâs story began and ended on Tarkir. With Battle for Zendikar, we were told to expect stories that go beyond the planes and are more focused on the characters themselves.

Will Gideon and his allies be able to save Zendikar?

If they succeed, what other planes will Gideon try to save?

If they fail, how will Gideon handle failing to protect an entire world?

Get the Story on the Cards

Magic is entering into the third age of storytelling. For The Weatherlight Saga, the story was told through novels, and it showed up on way too many cards. Once R&D cut back on the story cards showing up in sets, the novels were the only option if you wanted to read some juicy Magic canon.

As Jenna outlined in the panel, starting with Battle for Zendikar, each set will showcase five âpivotal-eventâ cards. These cards will represent five crucial moments that you absolutely need to know if you want to know the story, and they will all show up on cards, similar to Deicide and the like before them. Fellow Gathering Magic writer Mike Linnemann wrote about this in his âOrigins Art Review,â so if you want extra-juicy details, I suggest you give it a read.

R&D has experimented over the years. They have learned that having too many story moments can be overwhelming and confusing and that it often lessens the âspecialnessâ those types or cards are capable of carrying. They have also learned that having zero story cards just doesn't fly with the Vorthos crowd.

Tying It All Together

Magic sets, by default, are absolutely fantastic world-building tools because they present to you the problem of having to flesh out more than a few key characters. When you are designing a new world for Magic, you need to have an array of cultures and creatures that can not only encompass the five colors of Magic, but also range from 1/1s to 4/3s with flying to 5/5s with trample. You have to populate an entire plane due to the needs of each set, and in doing so, you are forced to create a world. 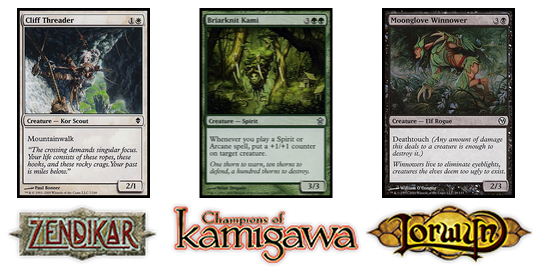 Uncharted Realms, by default, is the perfect place for storytellingâas a writer, it offers you the opportunity to get inside of a character's head much more efficiently then you could ever hope to on cards in a set. A great example is Doug Beyerâs latest Chandra episode âOffers to the Fire.â In the story, Doug explores Chandra's inner thoughts and how she might feel being held up to the standards of someone like Jaya Ballard. Insights into her character like this are not easily achieved on cardboard. The reason Doug and the rest of the creative team is able to focus so hard on character development is that the set already established the world for us. Doug doesn't have to waste time describing Regatha to us because we already have seen all the Regatha cards.

By combining the two, Wizards is now able to ensure that players do not need to read a single Uncharted Realms article if they do not want to.

First, we crack packs and learn the all about the plane and the creatures and cultures inhabiting it. We also get a gist of the story from the five major story cards (a Cliffâs Notes version of the story, if you will). Then, we can go read Uncharted Realms and read in-depth, character-developing articles in which we experience major story moments, but through the eyes of Gideon or Chandra or Jace. We are able to relive what we already know through our favorite characters, gaining insight into their character. We get extra information, but not extra story. 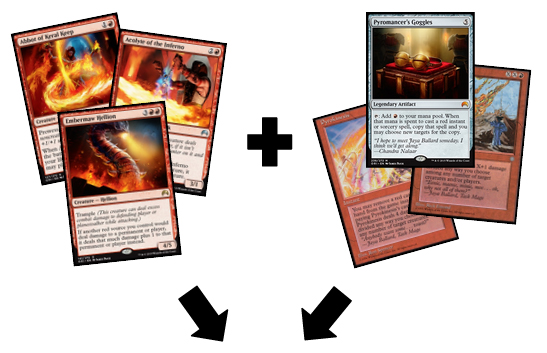 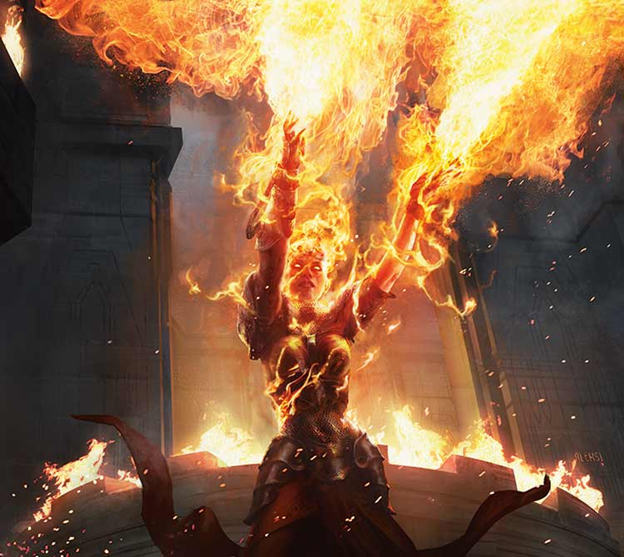