Login
0 Item
Advanced Search
Sign In
Create Account
Legacy is a strange and beautiful format. Those who have the luxury of accumulated experience with the various powerful archetypes that comprise this Cadillac of competitive Magic can attest to the fact that it brings some of the most intense and enjoyable matches around. Every tiny decision can matter, from choosing to crack a fetchland at the right time to play around Stifle, to soul reading the opponent in the classic showdown of Cabal Therapy vs. Brainstorm, to the agonizing decision of what spell to counter against a methodical Storm opponent. Itâs truly amazing how much you can learn from a good match of Legacy, and itâs well worth the investment to acquire a deck and start battling. Of course, itâs never that easy. Besides the steep financial barrier to entry, which is considerable, the biggest deterrent for most would-be Legacy players is a lack of clear direction for which deck to use when starting out. But no longer!

Whether youâre a newcomer to the Legacy scene or youâre an old farmhand, I humbly recommend that you start your exploration of the format by trying out this Grixis Delver variant that only an old cowboy could love! Brewed up by a couple of good olâ boys from North Carolina, and taken to victory by a handsome man in a ten gallon hat and tractor shirt (yours truly), thereâs no better time than now to start lassoing yourself some Deathrite Shamans, saddling up with Insectile Aberration, and spend your next Legacy event fishing for wins in the Gurmag Swamp!

Without further ado, I present to you: Delve Delver!

Now, letâs talk for a few minutes about the origins of this deck. For months now, Noah Walkerâs Grixis Delver list has been the gold standard when it comes to Delver decks in Legacy. Weâve known that the deck is powerful for ages; itâs so powerful, in fact, that I stopped playing my trusty old Stoneblade strategy in order to lasso my opponents with Dazes and Wastelands. My deputy, Dylan Donegan, has been advocating various innovations on the archetype for some time, and weâve gotten into our fair share of saloon scuffles over whether Vendilion Clique or Snapcaster Mage belonged in the deck as a flex slot over the fourth Young Pyromancer, or whether the mana base should switch to three Underground Sea, two Volcanic Island or vice versa. Because my one constant goal with deck design is to always have an edge or an angle for every matchup, I was not content with playing the stock list when there were so many innovations that we could incorporate. With such excellent card selection, changing a few cards in the 75 can have dramatic implications in a variety of matchups, and I wanted to give myself a game plan in the mirror and against Miracles that didnât just boil down to âget luckier than your opponentâ.

Now, as Noah built his deck, there was not very much room for adjustment because of the Cabal Therapy + Gitaxian Probe + Young Pyromancer package. That package is powerful, no doubt, but Young Pyromancer always struck me as a win-more card. If youâre churning through your deck, casting spells and interacting with your opponent, then absolutely, youâll win with your fragile 2/1 that somehow your opponent hasnât removed. In the mirror matches, though, that doesnât often happen. Lightning Bolts are flying everywhere, Deathrite Shamans clog up the ground to keep 1/1 tokens at bay, and the biggest fish in the pond are, well, uhâ.â.â.â 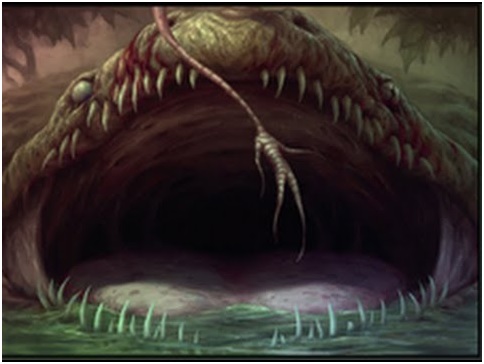 By cutting the sacred cow of Young Pyromancer, you open your deck up to play more Spell Pierces over Cabal Therapies, and you can include my absolute favorite number one creature of all time, the lone ranger with his six shooter of spell-flashbacking-goop, Snapcaster Mage. The fact that you increase your âremoval densityâ against decks like Death and Taxes, Elves, Infect, Delver, Shardless BUG, Jund/Junk midrange and Deathblade while simultaneously increasing your âdisruption densityâ against decks like Miracles, Storm, Sneak and Show, and assorted miscellaneous combo and big mana decks just makes me giddy. The card advantage and flexibility are just icing on the cake, and you can never go wrong with just jamming Sheriff Snapcaster out on turn three to flashback a Ponder or Brainstorm against a midrange-y opponent (or Miracles).

So, where does that leave us? I was underwhelmed by the play patterns and deck constraints that Young Pyromancer forced on you, and I wanted something else. Rather than play a fragile threat that demanded to be cast on turn two or three in order to actually get the bonus off of all your cheap spells, I wanted a card that was resilient to removal, a card that didnât demand that you jam it on turn two or three, but that was just as capable of taking over a game as the Pyromancer.

When Dylan and his compadres went one way, I went in a different direction, and ended up with this beauty on the morning of the Legacy Open in Worcester:

The point of moving in this direction was to play a huge density of removal against aggro decks, ten removal spells if you count Snapcaster, and fully embrace your role as the control player. I even went so far as to change the list after the tournament to incorporate two maindeck Baleful Strixes over the two Tarmogoyfs, because I was so interested in card advantage and trading off my creatures for my opponentsâ. I believe that I also ended up adding another Underground Sea and cutting a fetchland in the aftermath of the Open in order to ensure that I was unlikely to get cut off of Black, my most important secondary color.

You are quite strong against Miracles with this list, as you have a ton of Abrupt Decays for Counterbalance, a ton of built-in card advantage, and the ability to present repeated must-answer threats with True-Name Nemesis. (If your opponent casts Terminus, just fetch, shuffle, and start digging for them again with your Ponders and Brainstorms!)

Another key here to keep in mind is the fact that you board in four Surgical Extractions and two Pithing Needles against Lands, which turns the matchup from an unfavorable one to a highly favorable one post-sideboard. When you Surgical your opponentâs Dark Depths, they suddenly only have Punishing Fire as a win condition in the deck. You will have tons of time to find a Snapcaster Mage or another Surgical and leave your opponent unable to win.

Incidentally, now you have so much graveyard hate that linear graveyard matchups like Dredge and Reanimator become comically easy as well. Surgical + Snapcaster makes it very hard for Dredge to win, you just take their Narcomoebas and then their Ichorids!

Sideboard Umezawa's Jitte is also a huge deal against Eldrazi, Infect, Death and Taxes, Elves, and the mirror. It locks most opponents out of the game if you can ever hook it up on a creature, and most opponents will not expect it out of a non-Stoneforge Mystic deck. Thatâs sad for them, but sometimes an old ranch hand needs his trusty pocketknife to get out of a jam, and Umezawa makes the best pocketknives in the world!

This list was the result of my attempt to blend Delverâs Delver+Daze+Wasteland package that can give you so many free wins and Deathbladeâs card advantage, flexibility, and resilience to removal. In mirror matches, you are universally the control player with this list, and you generally do not Wasteland your opponent unless you are very land-heavy or you can cut them off of a color permanently. Usually, against the stock list, thatâs Black mana. (Note: Being on the play with Deathrite + Wasteland + Daze + Delver is probably a strong enough line to diverge from my gameplan, but I would rarely use Wasteland in Delver mirrors otherwise.)

In my explorations of how to stretch Delver, I went so far down the rabbit hole of combining Delver and Deathblade that I ended up testing the least-common color combination of any Delver deck: Esper. I thought that if I changed my Lightning Bolts to Swords to Plowshares, I would gain the ability to answer opposing Gurmag Anglers, Thought-Knot Seers, Tarmogoyfs, and Marit Lage tokens, and I could add Stoneforge Mystic to get me Game 1 access to trumps like Batterskull and Umezawa's Jitte, but it was just too clunky. I have no doubt that a build with Stoneforge can be good, but there are so many natural tensions between an aggressive card like Delver of Secrets and the slower White cards (Plow and Stoneforge) that I was losing the ability to close out games after disrupting my opponentsâ early turns.

So, at this point in my Delver exploration, it seemed like the sacred cow of Young Pyromancer was not so sacred, but I was still unwilling to let go of Lightning Bolt as my removal spell of choice.

I was and still am impressed with this four-color Delver list. I lost round one of the Worcester tournament to Elves, rallied back and won about twelve in a row, scooped to a friend in the penultimate round, then got paired down and won to lock up first seed in the top 8. I lost to the turn-one Blood Moon deck in the top 8, which is disappointing but sort of expected, and I would heartily recommend True-Name Delver to anyone for an upcoming Legacy tournament.

However, when I consulted with my fellow Delver wranglers in the weeks following the Worcester Open, my deputies announced that they truly believed that they had broken it. Where I wanted to go bigger, to make the games drag out and win with 3-mana cards like True-Name Nemesis and Snapcaster Mage (2+1 for flashing back a spell), they wanted to turn their deck into the leanest, meanest Delver deck yet, like a RUG Delver deck of old with Gurmag Angler instead of Tarmogoyf! The way they described it, this was a deck of only zero and 1-mana spells, with Thought Scour to improve consistency and to enable second and third turn Gurmag Anglers. After making my signature changes (including adding two Snapcaster Mages over the fourth Spell Pierce and the Forked Bolt, because why wouldnât I want Snapcaster Mage in my Thought Scour deck?) I am a true believer in the power of the Zombie Fish over the Lhurgoyf as the best, cheapest fattie that Wizards has ever printed. Itâs almost always bigger than most âGoyfs, as the majority of Tarmogoyfs never hit 5 power (and sometimes they are scrawnier than that!), and it usually costs half as much mana.

The benefit of the Thought Scour + Angler build is the synergy between your cards, the speed and efficiency of your threats, and the big advantage you get in semi-mirrors. You are slightly worse against Miracles without main deck Abrupt Decay or True-Name Nemesis, as your threats now all die to Swords to Plowshares. Jace bouncing your Angler is a pretty depressing occurrence as well, so if you expect a million Counterbalances, you may want to consider the True-Name list. Essentially, the Angler build is better, smoother, and faster overall, but the clunkier True-Name + Decay build is the one to play if you expect more Miracles and Lands. Both of these are lists I would heartily recommend to anyone intending to play in an upcoming Legacy tournament, and both have room for innovation. In particular, it might be possible to play a Gurmag Angler or two in the Tarmogoyf/Baleful Strix slot, even without any Thought Scours to directly enable the fishy friend.

Now, I firmly believe that sideboard guides are for greenhorns and city-slickers, so I wonât be offering specific plans, but I am happy to go over general matchup advice if folks have questions. I plan on recording some videos for GatheringMagic with these Legacy powerhouses, so strap on your spurs and giddy on up to the Delver Rodeo!