As our return to Innistrad nears, preparing for the onslaught of speculation over Avacyn seems to be a necessary undertaking. She remained the most influential character on the plane while we visited and were away, but Shadows over Innistrad story hints and leaks show a very sinister change in the archangelâs protection of the world. 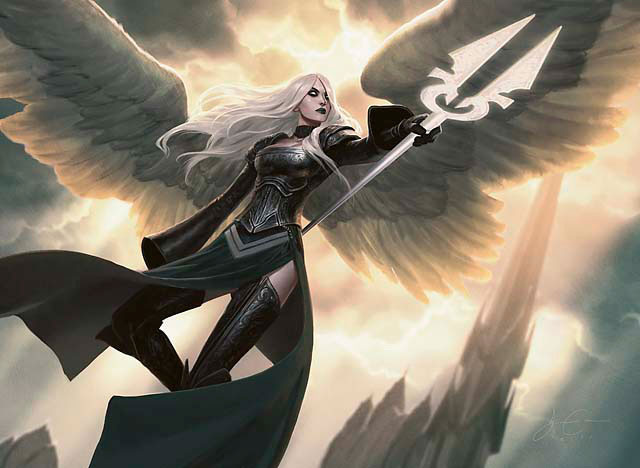 On our original visit, âThe Cursed Bladeâ campaign gave us characters interactions in the years of 714 Ava. and 719 Ava., with the year system of Ava. defined as years since Avacynâs creation. This works on Innistrad, but we can only assume, for the sake of lining events up, that Avacynian years are approximately equal to other planar and objective years. On plane, âThe Lunarchâs Journalâ backs this up by placing it after âgenerations of multiplicationâ by the vampires. âSorinâs Homecomingâ also helps by explaining that Sorin had noticed the threat âover the centuries.â

Unfortunately, Uginâs remark during âThe Lithomancerâ is the unnerving piece of evidence here. It feels strange to imagine a series of events during which both Sorin and Ugin were aware of the threat vampirism posed to Innistrad over six thousand years ago, but Avacyn was created merely about seven hundred nineteen years ago. Sure, itâs possible, but that is the pinnacle of Planeswalker procrastination if Iâve ever seen it. 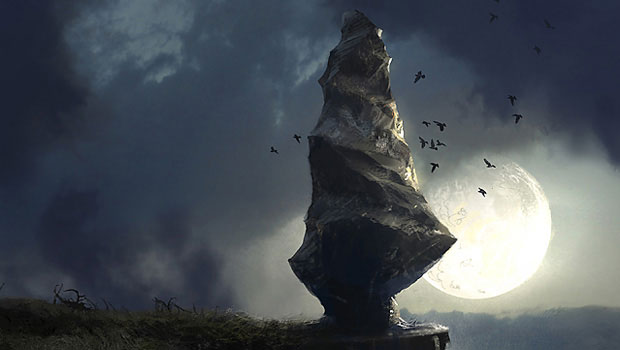 What exactly happened though? Sorin did something few understood, even to this day. In an act of once-in-a-lifetime magic, the archangel Avacyn was brought into the world of Innistrad with a sense of purpose. If we can trust legend, the Helvault, a shard of silver broken from the moon, appeared on the same night as Avacyn herself.

Some claim it as compassion, but Sorin was seeking a disgusting balance for the plane. The humans needed to be protected, but only for the purpose of restricting feeding to his own race, the vampires. They would still be able to feed, but not in a manner that would wipe out humans entirely and lead to vampire cannibalism.

âIt is a cruel symmetry that our salvation was born of the Markov family, S. Markov, a creature so ancient and powerful that he survives even today. Seeing that our destruction and theirs were inexorably linked, Sorin created Avacyn, a force to rally our remaining angels, a force that we could unite under.

A force constructed to hold in check the very vampires who created her.

From there, the church was designed to give us the power to protect and grow our numbers, but not enough to ever bring us victory over those that fed on usâ.â.â.ââ

Avacyn had gone missing. In battle, the demon Griselbrand had thrown his spear at the angel as she finished casting him into the Helvault prison. The resulting blow led to both being pulled inward, where an oblivion of exile awaited.

The Church of Avacyn worked on without Avacyn. Mikaeus, the Lunarch had seen the events but kept silent and reassured a worrisome population that their symbol of faith had not abandoned them. 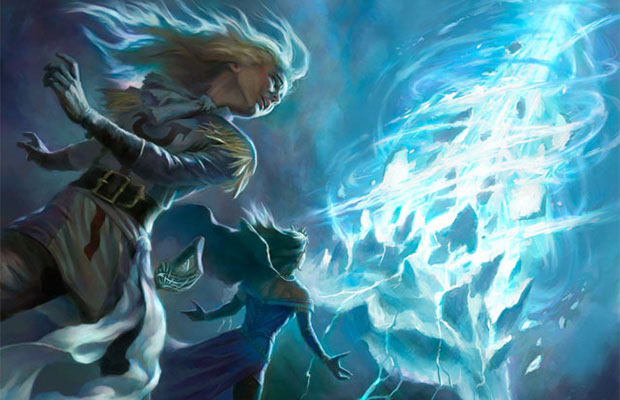 At the end of Dark Ascension, Thaliaâs choice was made. She could either destroy the Helvault or her compatriots whom Liliana held captive would be killed. Thalia breaks the silver prison, freeing both Avacyn and all of the horrors imprisoned. With Avacyn Restored, we ended our block visit to Innistrad.

The time since was filled with a fair amount of content. First, we were given the story âOdric, Master Tactician,â in which we catch up with the Church, meet Sir Odric, Master Tactician, Commander of the Gavony Riders and Recipient of the Moonsilver Accommodation (seriously, that is his title), and Odric apprehends Garruk, the Veil-Cursed to deliver him to Avacyn. Second, we were given Avacyn, Guardian Angel alongside the story âThe Lunarchâs Journal.â Comitant Dovid discovers the secret behind Avacynâs creation and the purpose for sustaining human life on Innistrad. The story ends with this revelation, not allowing us to know whether his devotion to the Church prevents him from sharing or not.

Our return was uncertain from the start. Shortly after the Halloween announcement, The Art of Magic: The Gathering: Innistrad was introduced online with an ominous description hinting at Avacyn turning against the planeâs denizens.

âTerror falls from the skies on blood-spattered wings, and nameless horrors lurk in the shadows. These pages, lavishly illustrated with the award-winning art of Magic: The Gatheringâ ¢, are your entry into a world beset by terrible evils on all sides and betrayed by the hope it held most dear. Tread lightly as you follow the heroic Planeswalkers of the Gatewatch as they investigate these dark mysteries, for the nightmare they will uncover is a threat to the whole Multiverse.â
â The Art of Magic the Gathering: Innistrad

Being betrayed by the hope it held most dear is what we are focusing on. There is no hope on Innistrad aside from the Church of Avacyn, the angels, and Avacyn herself protecting them. They have turned against some, but for what reason? 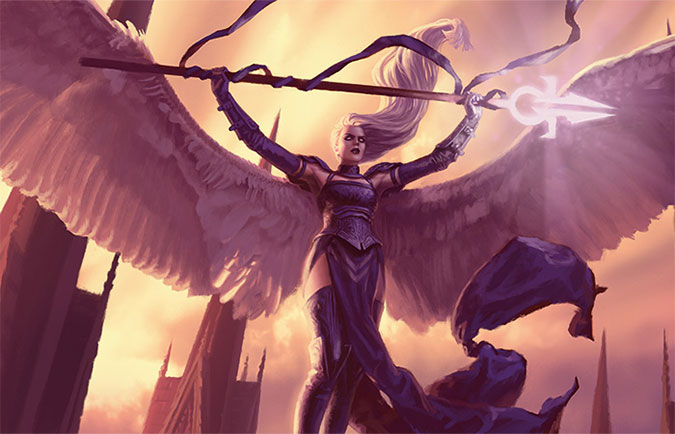 There are a variety of contributing factors to their betrayal.

First, the angels can no longer follow their creed as effectively, if at all. The Oath of Avacyn assumed that the Helvault would always be around to give them the option to capture rather than destroy, but that now seems impossible with Innistradâs most iconic lawn ornament shattered by Thaliaâs decision. Forced to kill or eternally stave off threats, this morality shift may help drive the angels to madness as they constantly deal with enemies and possibly blur the lines between justice and oppression.

"What cannot be destroyed will be bound."
âOath of Avacyn

Second, Comitant Dovid and Mikaeusâs journal existed for a reason. Sure, it could be an elaborate red herring, but with the leaked card Clip Wings to back us up, I donât think faith in the angels or their purpose is at an all-time high. Humans are willfully murdering the angels of Innistrad, and knowing that they themselves are merely livestock being guarded for vampires could have sparked this retaliation.

Third, we have madness. The mechanicâs return is marked on the leaked card Fiery Temper depicting an angel with a Avacynâs iconic Moonsilver Spear in hand, burning large groups of humans. Accepting that the angels have gone mad seems easy, but if Avacyn is leading the charge to recklessly incinerate the sinful and sinless alike, we have the foretold betrayal at hand.

Is their betrayal explained by any of these? Or might there be another force corrupting their minds? We and Jace seem to be investigating for now, but keep your eye out as spoiler season begins! Until next time, happy planeswalking!