Itâs an innocent question, but the answer for Shadows over Innistrad is, âA lot.â Whether itâs Jace, Tamiyo, Avacyn, Arlinn, or countless other story pieces, the plane of Innistrad is a very busy and mysterious location for Magicâs story.

But today, I want to focus on a single conflict that has caught a fair amount of attention: the war between Nahiri, the Harbinger and Sorin, Grim Nemesis, two pre-Mending Planeswalkers who are fighting for the fate of Sorinâs home plane. As it will be the cornerstone of the blockâs story, I think it deserves its fair share of explanation.

Our last check in with Nahiri, âStirring from Slumber,â left us with concern for the Lithomancer. After singlehandedly saving her plane from Eldrazi brood annihilation, she departed in search of her Planeswalker ally and former friend Sorin Markov. Nahiri was upset with his negligent absence, but her determined goal was to simply make him care again, about both Zendikar and their friendship. The Zendikar Art Book tells us she regarded Sorin as a âbeloved teacherâ in their past, and that is exactly what she wanted to restore between them when she left. Her planeswalk to Innistrad that millennium ago was not with any malevolence we see today, but instead, was her attempt to âsaveâ the Sorin Markov she had once known. 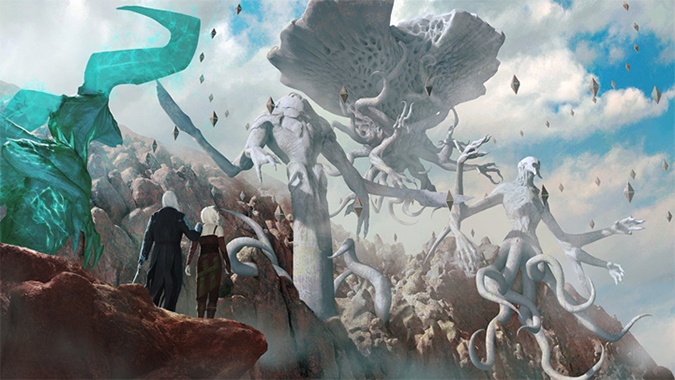 Unfortunately, Nahiri has been absent for the past thousand years. During that time, a little thing called the Mending brought godlike Planeswalkers low, forcing them to stare mortality in the face. Itâs been decades since that Multiverse-altering event, and many have evaded aging and death by some means or another. For Nahiri to still be alive and just as youthful, something must have preserved her. What was it? Many anxiously await that revelation.

But for now, letâs talk Shadows over Innistrad and how Nahiri and Sorin are going to war.

Nahiriâs goal is simple: âAs Zendikar has bled, so will Innistrad. As I have wept, so will Sorin.â

Now how does one go achieving such a goal? First, by planning in advance. Considering the events of Avacyn Restored occurred one year since our current Shadows over Innistrad, this was quite the hasty setup. The cryptoliths are Nahiriâs creations and are spread far and wide across the plane, disturbing mana lines and pointing toward the Drownyard Temple in Nephalia. Regardless of whatever you personally believe to be the âsingular purposeâ referenced in Warped Landscape, though, the guarantee that it will align with her goal and help make the plane suffer is all we care about.

Second, she probably did her research and has gathered a following. Is there an ancient sea god worshipped by Runo Stromkirk and his lineage? Maybe thereâs an Esoteric Order of Dagon for Nephalia. Promise returns to glory for these old gods while encouraging others to recruit. Sanguinary Mage tells of these efforts perfectly, as many willingly flock to Nephalia in search of these prophesied purposes. The province of Nephalia wasnât very devoted to the Church of Avacyn prior to Shadows over Innistrad, but now faith is at an all-time low with angelic rebellion and terror running rampant. Nahiri gives them something new to worship. 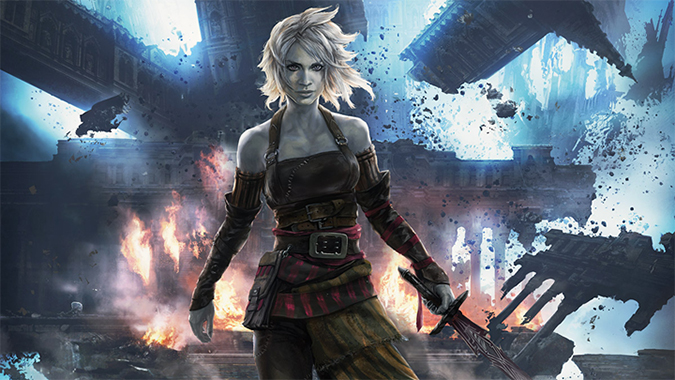 Nahiri, the Harbinger by Aleksi Briclot

And itâs working across Innistrad!

In the latest Hanweir Chronicle, Councilwoman Blackwell leaves Hanweir after a heated argument takes to punches and then song (yes, really). Her departure âto serve the righteous and splendid Queen of Vengeanceâ tells us that Nahiri has probably created a reputation for herself throughout the world. It is what turns your Pious Evangel into a Wayward Disciple; a promise of devotion to real power if you travel to Nephalia and partake in the cult ways.

Of course, all of it remains the grandest deception. Nahiri knows what she is doing, how she is misleading people, and the havoc she will wreak on the world. She is hellbent on every last piece of the world unraveling under her leadership and the message remains very simple: 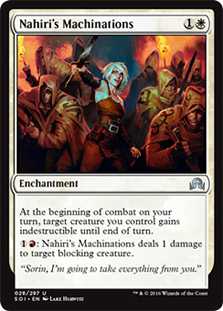 âSorin, Iâm going to take everything from you.â

But remember, this is not a one-sided conflict. The ancient Planeswalker Sorin Markov would probably see death before the end of all he has strived to protect.

At some point, Sorin stumbles upon Markov Manor and becomes really upset. Unfortunately, nobody can care to notice that heâs bothered because, as it turns out, Sorin constantly behaves as if breathing itself ranks among lifeâs greatest inconveniences. Regardless, his anger leads to a sworn vendetta against Nahiri and all of the disruption she has caused on his home plane of Innistrad.

Though, unfortunately, Sorin has no allies for this battle to start.

Despite his grandfather Edgar having initiated the âcondition of the bloodâ known as vampirism, Sorin was seen as a traitor and banished from Markov Manor following his creation of Avacyn, Angel of Hope a millennium ago. This would remain a satisfactory arrangement for the apathetic lord in any other case, but now his entire world is threatened, and he is well aware. Sorin knows Nahiri is here and will doom Innistrad in the most painful way available, but he has nobody to help him. That is where we pick up with Continue the Bloodline.

Continue the Bloodline tells us Sorin has appealed to the Voldaren progenitor, possibly explaining Nahiriâs full intent to emphasize just how urgent the threat is. Olivia clearly cooperates, as Olivia, Mobilized for War has become a knight serving Sorin and defending Innistrad from assured destruction. As Oliviaâs Bloodsworn prepare for war, itâs odd to understand the vampires will help determine the fate of Innistrad and are actively trying to save it. 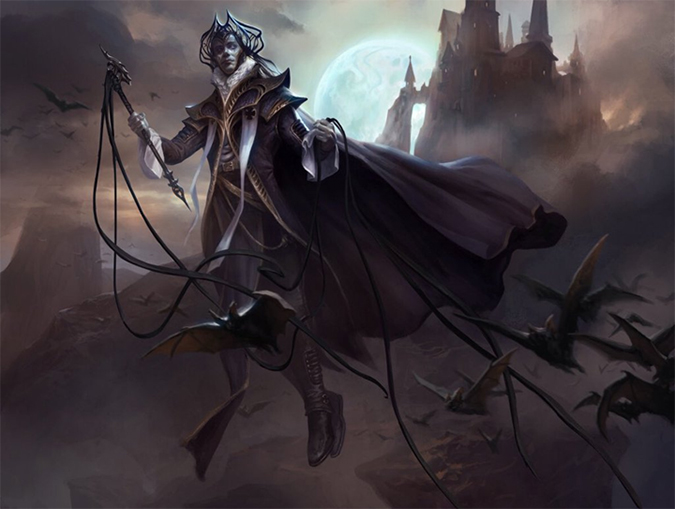 But what exactly will there be left for Sorin to save in the end?

He has treated the humans as livestock for a thousand years, seeking only a sick equilibrium that stalls the extinction set in motion by his grandfather many thousands of years earlier. Without the balancing scales of angels, will the plane even have a future past Nahiriâs torment? Maybe, but at the end of the day, he sees the plane as hisâhis masterpiece and his homeâand because of that, he is responsible for trying to save it. You canât really argue with that.

So how does it all end? Will it be with a faceoff between Sorinâs army and the cultists at the drownyard, or might Sorinâs efforts be too late for him to change the path of fate? Who wins? Comment below how you think it will all go down, and keep an eye out each week for new episodes in the SOI Magic Story. Until next time, happy planeswalking.