The worldwide Modern Masters 2015 Edition weekend spanning three tournaments across as many continents is over. That means it's time for Magic Origins. The last core set for the foreseeable future is coming in just a few short weeks, and in celebration of that, writers have been sharing the important roles that Magic has played in their lives. This week, Team Gathering Magic is celebrating Magic, storytelling, and all manner of other games. Check out our picks of the week: 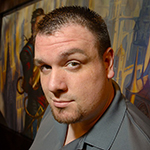 James Arnold has his Magic heroes, and he isnât alone. Marc Calderaro is one of mine, and I have the privilege of working with him to bring Magicâs biggest events to digital life. While his personal writing is compelling in its own right, itâs the stories he finds in the game that delight me the most.

One of the most human of many human stories shared the world over last weekend, Cash Turnerâs quest to live up to the dreams inspired by his traveling, gambling father was one that resonated with Marc. The sparkle and intensity in his eyes and the care I know he put into the piece showed me what a story like Cashâs meant for Marc.

I suspect many of you will feel the same way.

This week was full of Magic origin stories across MagicTheGathering.com. MY modest twist on looking at the endings that happened for several of my beginnings drew a little worry from my (few) fans.

@gossemuijzer It was a calculated risk.

More importantly however I was completely overshadowed by an amazing story from an even more amazing friend. If you havenât read Jacob Van Lunenâs tale of what Magic truly meant for his life you need to stop and do that.

Seriously, itâs why I put it here. It speaks much better for itself.

Fallout 4 is coming and I canât wait.

XCOM 2 is coming and I canât wait.

â¦wait. Seriously. Two announcements for franchises I love in the same week? It was a good one to be on vacation for. 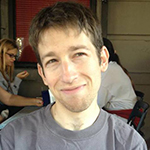 The calendar plods on. Time cannot be stopped. What once was May has turned to June. These are my picks this week.

âHow long have you been playing?â While this may be a loaded phrasein some instances, it's a regular part of my banter during low-stakes tournaments. I like talking with my opponent's and it's always a pleasure to meet another Dinosaur. It's also horrifying to realize that I've been playing the game longer than the kid who smashed me has been alive.

This week on the mothership we got insight into the various origin stories for the sites cadre of authors. While many of them are familiar â tales I've heard told by countless other players in game stores and at Grand Prix, two stood out about the rest.

A Spark Ignites! is insight into Bruce Richard's beginnings. Bruce has been incredibly supportive of my articles that discuss the process of writing about Magic, often sending me emails after the fact with suggestions for improvement while also signal boosting my pieces. I imagine he doesn't just do this for me and the genuine desire to see improvement has made him one of my favorite sounding boards.

So when he told me to keep my eye open for his article this week, I knew I was in for a treat.

I made it one paragraph and one panel in before I was sold.

Bruce's origin story takes the form of a comic book. It's wonderful, funny, and includes the line âHockey cards are Canadian for baseball cards.â Read it â it is well worth your time.

Switching gears, Jacob van Lunen's Magic Saved My Life is a far more serious piece. In it Jacob describes a low point in his life and how the game we all share helped to bring him out of the shadows. Work like this is important because when we sit down at tables, we're all just Magic players. At the same time, however, we must never forget what potential went into having those two players come to that point in time to become powerful wizards. So, I implore you, in the words of Kurt Vonnegut, when you sit down at a game of Magic, âGod damn it you have to be kind.â

A New Era of Storytelling

On Wednesday Jenna Helland announced the method by which Magic's story would be conveyed moving forward. She also revealed all ten plains from Magic Origins. While there is a feast of succulent Vorthos nuggets in the article, what excites me most of all is the story returning to the cards. My love of Magic was cemented in Weatherlight and the Tempest block, where the plot played out in cardboard. While this may not have been an ideal way to communicate a more intricate plot, it was so cool to set two different cards next to each other and have that moment of discovery that they took place moments apart.

I am excited to see how this new era unfolds, and cannot wait to be immersed in the next age of storytelling.

I have Magic Online. I mostly use it for Pauper and the occasional release event. I've actually shied away from drafting there for a few reasons. First is way back in the days of Onslaught I incinerated a good amount of money drafting non-stop. Second, I find that I play well below my skill level online. I tend to view my opponent online as a computer rather than an individual and as such I am far worse at âputting the read onâ someone for tricks. A hole in my game that must be mended.

Yet Modern Masters 2015 presented a format where I could draft a black-green sacrifice deck. I was not about to let that opportunity speed by.

So I resolved to draft. A draft I have. My first 3-0 was with, of all things, a black-green sacrifice deck.

Don't think I could have drafted a more "me" deck pic.twitter.com/3T4Y7T4hOS

I love this format in part because even when I'm losing I am still having fun. I've done seven drafts and have only bombed out in one of them.

So maybe, just maybe, I'm starting to sew shut that hold in my game.