Dave Lee (a.k.a. @Derfington) is a comic-strip artist of profound talent who works most closely with ManaDeprived.com. 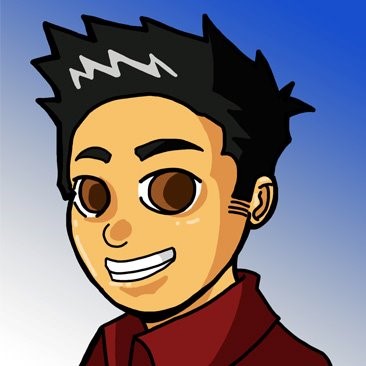 Years gaming: About twenty-five years, i.e. most of my life.

How much time do you spend gaming in an average week? Itâs probably around ten hours a week. If Iâm hooked on a PC game or go on a cubing bender, that can easily double.

Favorite female game character of all time: SHODAN (System Shock 2). Hearing her voice still sends chills up my spine. Elly (The Last of Us) is a close second. Maybe the two should fight. Iâd put my money on Elly.

First gaming console you ever owned: NES. I grew up on Zelda and Bionic Commando.

To what game have you been most addicted lately? Aside from Magic? If youâre reading this after November 12, Iâm probably face-deep in XCOM: Enemy Within. XCOM has a tendency to make me not shower, eat, or leave the house. 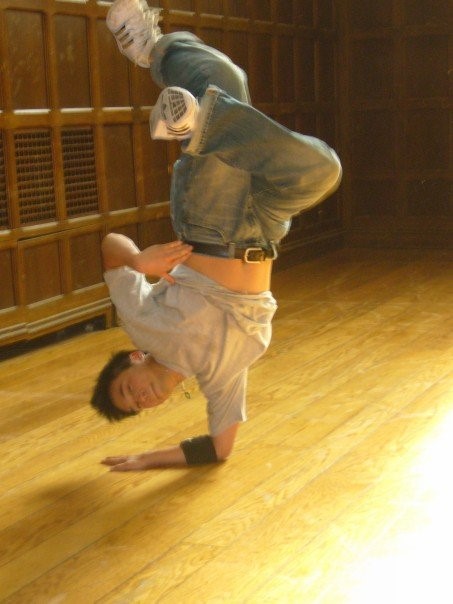 What game have you played for the longest time, and what about it keeps you playing? Magic. I started when I was eleven, and even when I quit after eight years, the game never really went away. It has such a rich history, and it always manages to stay fresh. And then thereâre all the amazing people Iâve met through Magicâtheyâre a big part of why I still play and care about the game.

What game did someone convince you to try that you just hated? The Resistance. I find bluffing-, deception-type games stressful. Iâm also inept at and uncomfortable with actual roleplaying, which is why I never got into D&D. Iâd rather just sling cards.

What game causes you to rage or tilt the most? When I used to play Warhammer 40K, a single bad dice roll would send me into a blind rage. I spent a ton of time painting my armies, and when they were wiped out, Iâd legitimately want to flip a table. (Bonus points if you can guess my favorite faction!)

Do you have any gamer regrets? Maybe itâs a misplay or chance not taken. I wish Iâd been a DDR champion in high school.

Trash talk: mandatory or unnecessary? Mostly unnecessary. Trash talk is only fun if it goes both ways, and itâs hard to establish that rapport with a stranger. I at least try to banter with all my opponents; the added conversation makes for a more fun match. Against close friends, I can be a relentless trollâwe give as good as we get.

Which one do you prefer: video games, TCGs, or board games? TCGs. Thereâs something about randomized cards that always gets me hooked. I played through the TCG boom of the late 90s, so Iâve seen âem all. Cracking packs has been my lifelong addiction.

If you could go pro in any game, what game would it be? Maybe Iâd choose some kind of 2D fighting game. Iâve always been intrigued by 2D fighters, and I think itâs a fantastic, spectator-friendly genre, but Iâm terrible at them. I understand how to play a strategy game or a first-person shooter; Iâll never understand how to play a 2D fighterâ.â.â.âbesides BUTTON MASHING.

Tell me about the game you would create if I gave you unlimited resources. It would be a third-person fighting game/RPG hybrid with SWORDS! and FIGHTING! Youâd be able to customize your characters with different skills, special powers, moves, and weapons and fight solo or as a team. Kind of like Medieval: Chivalry Warfare crossed with Soul Calibur crossed with Diablo. If this game already exists, let me know so I can play it!

Whom do you consider to be one of the most sexually attractive characters (male or female) you have ever played? Was this based on pure artistic design of the character or overall character traits? Lilith from Borderlands. Her outfit is sexy in a rugged, rough-and-tumble kind of way. Sheâs also a redhead, is immensely powerful, and has the tongue of a sailor. Whatâs not to love?

If you could be any character from any game, whom would you morph into? Dante from the original Devil May Cry. When you can defy gravity and swing a two-handed sword like a feather, no one cares that your lines are cheesy or that youâre not wearing a shirt.

Do you see an issue with the portrayal of women in games, and why? There needs to be a balance. The issue isnât just chainmail-bikini syndrome, but that itâs so prevalent because it sells. Thatâs the status quo. In the past year, though, I think weâve seen a number of strides toward achieving that balance. Bioshock Infinite, The Last of Us, and The Walking Dead all gave us female characters with substance and strength. It could also be that these stories went to greater lengths to tell a good story. Perhaps the mainstream depiction of women (and men) in video games is a symptom of this storytelling malaise. 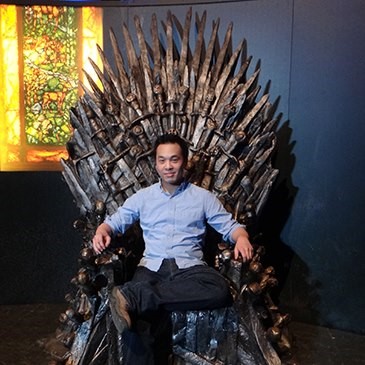 Describe what makes a central character in a story-driven game appealing to you. You should be able to put yourself in the protagonistâs shoes. You should learn, explore, and discover just as they do. You should be able to share your protagonistâs relationships with other characters and share the emotions derived from those relationships. Everything you experience and feel in a story-driven game, no matter how outlandish the setting, must be relatable. You canât be invincible. You have to be flawed, and you have to overcome those flaws.

Have you ever cosplayed a character or could ever see your future self cosplaying a character? One Halloween in college, I dressed up as Reno from Final Fantasy VII, although I donât remember what compelled me to do so. If I had the means and the money, Iâd dress up as Eren or Levi from Attack on Titan. Those outfits are so sick.

Have you ever related to any characters from a game you have played? I like to think I share Thwompâs determination.

If able to choose a gender during gameplay, which gender do you usually choose? I usually pick males first and then switch it up to see how the female designs look and move. I donât have any particular desire to exclusively play a female character.

What book or series not already made into a game do you think would just kill it? Breaking Bad: The Game? Try to cook the batch with the highest purity percentage, and then beat that record! OR ELSE. Side game: Pizza Toss.

How have your friends and family supported your gaming or tried to change it? Most of my friends are either gamers or understand that games are a part of my life. My brother works in the video game industry and is an avid gamer, so we still have a strong connection. When I was younger, though, I spent a lot of time playing when I shouldâve been studying. Because of that, to this day, my mom hasnât really warmed up to the idea of gaming as a worthwhile use of time.

Did your family ever have game nights? Do your parents like any type of games? It wasnât really something we did as a family. My brother and I would compete all the time, whether it was Monopoly, Magic, or some other game. My parents arenât quite the gaming type.

Can you play games with your significant other or do you find it ends up being too competitive between you? In previous relationships, it wasnât really an issue. Iâm generally mellow as a gamer these days, so Iâm not likely to flip out over something like that. Life is too short to be angry with people over a gameâespecially with people you care about.

Do you play any cellphone or Facebook games regularly? For the past while, Iâve been playing Hellfire, which is like Paper Toss infused with TCG and RPG elements. You get to open and level up sweet monster cards, and the artwork is beautiful. My level progression is slowing, so Iâm more on-and-off about the game these days. Feel free to add me, though: Derfingtonprime!

What was your favorite game to play as a child? It can be any type of gameâred rover, marbles, tag, or whatever. In elementary school, weâd play this game called guns. Itâs like cops and robbers except everyone is a cop, and you all have guns. Best not to think about the politics of that game.

What kind of impact do you think MMOs are having on society? Would you change anything? MMOs are fine if you can manage a balanced lifestyle. For a while, I didnât, and I suffered because of that. Itâs hard, especially with such an addictive form of escapism as an MMO. You can definitely cultivate friendships through an MMO, but looking backâI donât know if I wouldâve invested the amount of time that I did.

When (if) you have children, what type of control would you enforce over their media time, if any? When I have kids: Obviously, I wouldnât want their TV/iPad time to replace actual parenting, but understanding technology is such a key component of our lives and society now. Theyâd have to be comfortable with it but not let it take the place of actual human interaction.

Do you believe there is a correlation between violence in videogames and violence in society? I donât think so. More worrying to me is when adolescent gamers are inundated by new war game releases every year. Are they really understanding the impact that kind of violence has in real world? Iâm not claiming video games as a direct cause of the violence in our world, but when the market is saturated with games like that, especially now that thereâs a generation of kids whoâve grown up with them, I wonder if the gravity of the subject is being overlooked among younger players.

Can you rank what you would consider the top five games you have ever played? Just five? Argh: