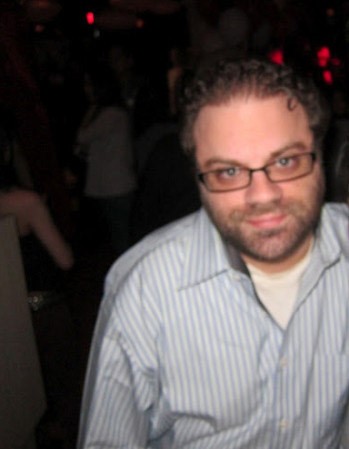 How much time do you spending gaming on an average week? Itâs hard to say how much, really, because some is personal, and some is for work.

To what game have you been most addicted lately? Thatâs a tough one. Maybe Magic (of course!), Cube World, DOTA 2, and League of Legends. There are some unreleased contenders in this area coming soonâ.â.â.

What game have you played for the longest time, and what about it keeps you playing? Magic: The Gathering would probably be number one, but I did take a short break around Mercadian Masques.

And World of Warcraft. I'm not actively still playing, but it certainly can lay claim to this titleâcertainly, the community aspects of the game kept it going for me long after. I still talk to many of my old guild mates on a daily basis; we're "real life" friends now.

What game did someone convince you to try that you just hated? The Legend of Grimrock. I'm not sure what I expected, but it failed to hook me at all.

What game causes you to rage/tilt the most? I'd like to think that, at this stage in my gaming life, I've minimized tilt and rage (try a few MOBAs; these are excellent for training in this areaâ.â.â.â), but I would say anything in that genre still has potential.

Do you have any gamer regrets? Maybe itâs a misplay or chance not taken. There are none that I can think of. I've certainly had misplays lose games, but I don't lose sleep over it.

Trash talk: mandatory or unnecessary? Absolutely unnecessary, and I think as gaming becomes more mainstream and prolific, it needs to be eliminated at every turn. It turns otherwise competitive and cerebral events into immature bouts. This is especially true for eSports and high-profile gaming eventsâ.â.â.âThe culture as a whole isn't quite used to being in the public eye yet, and it has a lot of room for growth in this area.

Which one do you prefer? Video games, TCGs, or board games? I prefer TCGs, and I think that, in the future, Iâll choose the digital TCG, which is sort of combining one and two there.

Did your family every have game nights? Do your parents like any type of games? We played traditional board games and word gamesâScrabble, cards, and that kind of thing.

Can you play games with your significant other or do you find it ends up being too competitive between you? If it becomes âtooâ competitive, itâs definitely time to take a step back and reexamine why weâre playing games in the first place.

Do you play any cellphone or Facebook games regularly? Absolutely. I think this genre will finally start to come into its prime in the near futureâlast-gen mobile games could be considered simple âsmash-and-grabâ cash-extraction tools, but I think, especially with tablets at the forefront now, there are opportunities to create ârealâ gaming experiences in this space.

What was your favorite game to play as a child? (It can be any type of game, such as Red Rover, marbles, tag, and so on.) I loved marbles. It probably had something to do with the collectible aspects. I also enjoyed squirt-gun and water-balloon fights!

If you could go pro in any game, what game would it be? Poker? Sure.

Do you listen to video game soundtracks? Why or why not? Sure! Mostly remixes.

Tell me about the game you would create if I gave you unlimited resources. Itâd be something like a Shandalar MMORPG.

Whom do you consider one of the most sexually attractive characters (male or female) you have ever played? Was this based on pure artistic design of the character or overall character traits? Thatâd be the ânewâ Lara Croft.

If you could be any character from any game, whom would you morph into? Iâd choose JaceâThe Mind Sculptor, obviously.

Do you see an issue with the portrayal of women in games, and why? Absolutely. I think it's a topic that needs to fall under examination often. I think the industry is doing better in that regard in recent years, but it still has a long way to go. 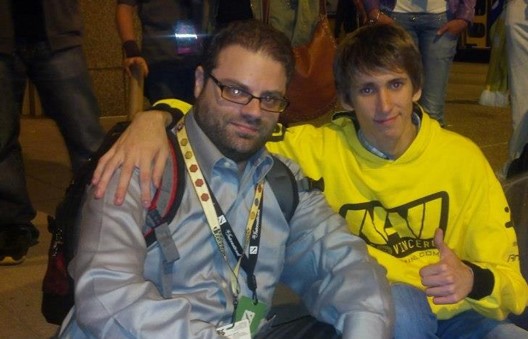 Describe what makes a central character in a story-driven game appealing to you. Character development that falls outside standard tropes and archetypes is appealing to me. I like a willingness to remove key characters when the story calls for it. I'm not a fan of eternal characters that keep resurrecting in various ways just to keep a franchise alive.

Have you ever cosplayed a character or could ever see your future self cosplaying a character? It's not something I've done or planned to do, but you never know.

Have you ever related to any character you have played? In general, I don't find myself relating to game characters, male or female.

Have you ever played (or considered playing) a character of the opposite sex? I actually play as female avatars probably sixty to seventy percent of the time. While some choose to enter game space with mirrors as close to their realities as possible, I find that is often the opposite for me. I play a white male every day in real life; when I'm slaying dragons and exploring other dimensions, I like to change things up. I mean, seriously, I hear the why-do-you-want-to-play-a-girl thing all the time, and itâs just likeâ.â.â.âDude, youâre playing as a green dwarf. Come on.

What do you think about the phenomenon of turning popular gaming characters into types of pornography? Rule 34 is there wherever you go. Gaming isn't spared, nor is any other form of entertainment. I'm not sure what that says about humanity.

What book or series not already made into a game do you think would just kill it? Ender's Game. Leave Ender's Game alone!

How have your friends and family supported your gaming or tried to change it? Gaming has changed a bit over the years. In ages past, it was more of a lifestyle/hobby choice that didn't really go well withâ.â.â.âwell, with anything professional. I'd say it was something I was actively discouraged from significant participation in. I'm glad to see it where it is today, as an interactive entertainment medium that more people are enjoying and engaging with at more levels than ever before.

Do look for a love of gaming in the people you date, or do you find it irrelevant? I look for it in the sense that it's a shared interest, yes.

What kind of impact do you think MMOs are having on society. Would you change anything? My perspective is that there was certainly a time when they were in their infancy that probably had potential for problems, when raids were eighteen-plus-hour excursions, and the games catered to actual lifestyle gamers. The medium has shifted to allow a variety of engagement levels, and I think now, especially with some titles, logging onto a MMORPG is a lot like using Facebook. They can become healthy social networks and great ways to keep in touch with friends. Like many other forms of entertainment taken to excess, there is potential for addiction on the individual level, and that's something some people can become carried away with. If I could change anything, I would be working on a next-gen MMORPG that integrates with physical activity, as I feel one of the biggest dangers from MMORPGsâand games in generalâis that as people have shifted toward sedentary none-to-five jobs, there's some added danger when whole lives can be spent essentially sitting. A physical-based MMORPG that was fun would produce some seriously chiseled gamers. Can I go back and make that the game I make with unlimited resources?

Do you believe there is a correlation between violence in videogames and violence in society? No more than any other form of entertainment or art.

Can you rank what you would consider the top five games you have ever played? An impossible task to be sure.

Daniel Tack (@DanTack) is a journalist covering entertainment and technology for Forbes.com.