Jason (@realevilgenius) is a gamer, a writer, an MTG player, a cohost of the Brewport Avenue podcast, and a general degenerate. Oh, he also plays blue. 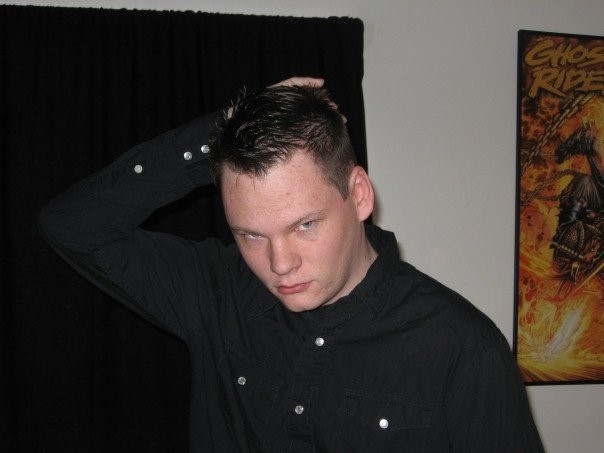 First gaming console you ever owned: My day's old Atari 5200. My brothers and I loved pong.

To what game have you been most addicted lately? League of Legends. I haven't actually played a video game since I quit World of Warcraft. I've been afraid of being sucked back in, but League actually allows you to play at a casual pace without forcing you to be sucked in.

What game have you played for the longest time, and what about it keeps you playing? Magic: The Gathering. It was the first non-mass-market board game (like Monopoly) I learned to play. I've been playing it since 1995 when Ice Age came out. What keeps me playing now is vastly different than what kept me playing when I was younger. When I was younger, it was the story, art, and ever-changing aspect that kept me playing. Now it's almost a hundred percent my addiction to competitive gameplay and the community that keeps me in the game.

What game did someone convince you to try that you just hated? Vampire the Masquerade LARP. It was garbage. Actually, most LARP is. (Sorry to you LARP fans.)

What game causes you to rage or tilt the most? World of Warcraft. I actually quit playing Magic during the summer of â04 to pursue playing World of Warcraft more heavily. Eventually, I came back to Magic after a year and a half, but during the time after, WoW was still my primary game until the WoW expansion Cataclysm. WoW caused me to rage and tilt easily because it was a huge time investment for the level I was playing at, and you had to depend on other players pulling their weight and putting in the time for everything to run perfectly. If they didn't, you wouldn't achieve your goals. Depending on other people in a game is horrific. When you see countless hours slip through your fingers because one or two people couldn't be bothered to do their homework, you go insane. 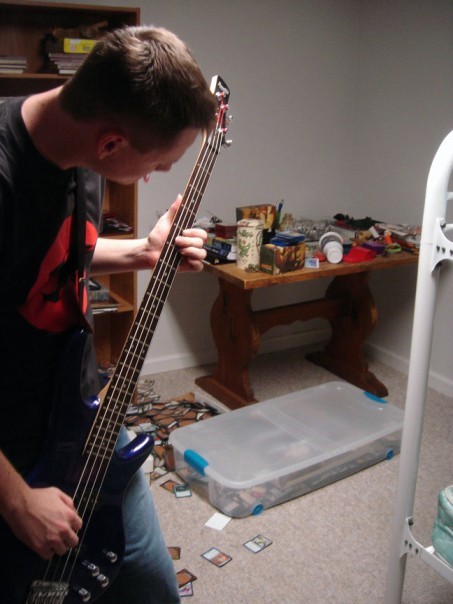 Trash talk: mandatory or unnecessary? I regret the amount of time I spent playing WoW. I played heavily for a long time, and there are literal months of my life I will never get back. Trash talk in a casual environment is fine; in a competitive setting, I'm very pro-sportsmanship. However, friendly barbs is totally fine.

Which one do you prefer? Video games, TCGs, or board games? Surprisingly, none; Pen-and-paper RPG is my choice. I love Magic, and I love a few other games, but my absolute favorite games are pen-and-paper RPGs. I was a Creative Writing major in college. The world-building, narrative, characterization, and socialization of RPGs are what I find to be the best way to game with my friends.

If you could go pro in any game, what game would it be? None. Ultimately, I wouldn't be happy living the same lifestyle as the pros for very long. I would much rather go pro for a very short period and then be hired by a game company to work on a game. Actually, I'd like to ship that pro bit and just work for a game company. I'd take designing and developing intellectual properties over going pro any day.

Is the overall design of a game the most important aspect to you as a gamer or is it the fun factor? These two should go hand-in-hand and never be separate. Games are intended to be fun experiences. Each gameâs overall design should be geared toward this fact. This is actually among the reasons I did not choose TCGs over pen-and-paper RPGs for favorite type of game. Variance in TCGs can unfortunately lead to very unpleasant gaming experiences. While playing an RPG with the wrong group can also present an unpleasant experience, that is more in your realm of control.

Do you listen to video game soundtracks? Why or why not? Yes. I love music, and I have been listening of OSTs since the days of Chrono Trigger. There's just something about video game music that you can't get anywhere else.

Tell me about the game you would create if I gave you unlimited resources. Sadly, it already exists in a pen-and-paper RPG named Pathfinder. But I'm fine with that. Instead, I'd take the money and create a third-party publishing company to make Pathfinder products using the Open Gaming License as issued by Paizo Publishing.

Whom do you consider one of the most sexually attractive characters (male or female) you have ever played? Was this based on pure artistic design of the character or overall character traits? Squall from Final Fantasy 8. Dear lord is he one sexy mother f----r. It's his hair. (Bet everyone expected me to say Jace!)

If you could be any character from any game, whom would you morph into? Okay, Jace, obv. Who doesn't want to be himâ.â.â.âexcept Travis Hall. In all seriousness, Jace embodies every aspect of what I would want to be as a planeswalker. If you've ever read Agents of Artifice, you'll understand what I'm talking about

Do you see an issue with the portrayal of women in games, and why? Sometimes. As an example: I was originally very put off by League of Legends because of their female character models. They were completely disproportionate! Since then, Riot has gotten much better with their models, and females actually look semi-normal.

Describe what makes a central character in a story-driven game appealing to you. The same thing that makes central characters appealing in movies or booksâthey need to have depth. They can't be some flat Marry Sue. I want the character to feel real to me. I want to feel as though I know or am getting to know them. I want to be attached. Lacking this attachment is what causes these games to be boring.

What book or series not already made into a game do you think would just kill it? The magic system/story in Brandon Sanderson's Mistborn series would lend themselves very well to an open-world platformer similar to the recent Arkham City (Batman) games. I can only imagine what it would be like burning Iron and Steel to shoot my mistborn from rooftop to rooftop.

How have your friends and family supported your gaming or tried to change it? They support it as long as it doesn't interfere with my life outside of games. During my WoW career, they tried multiple times to get me off it. Eventually, I listened.

Do you look for a love of gaming in the people you date or do you find it irrelevant? Irrelevant. Respect and understanding are far more important.

What kind of impact do you think MMOs are having on society. Would you change anything? What needs to be changed is the replacement effect MMOs have on some people's lives. The MMOs become their lives, which is very detrimental. That MMO won't last forever. What happens when it's over? Most likely, those people will just move onto another MMO. But a digital life cannot replace a real one.

Can you rank what you would consider the top five games you have ever played? This is very hard for me. I play a lot of games. I'm constantly trying new games weekly. The list is constantly changing, but here is how it stands at least currently.