@Alicen_Lewis is a gamer, techie and college student who recently finished her internship in Digital New Media with Geek & Sundry. 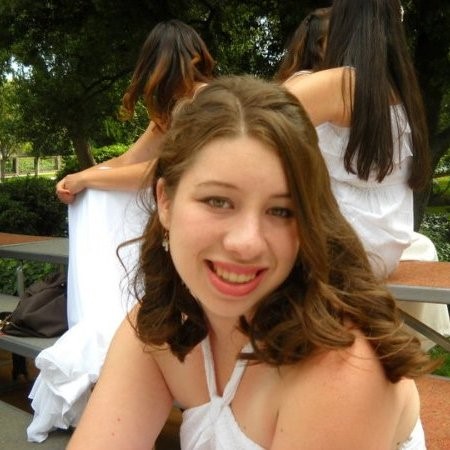 Avatar of choice: Usually me

Years gaming: I used to play Goof Troop for the SNES with my dad when I was six, and I haven't stopped sinceâso fourteen?

Gamer idol: Markiplier. He's hilarious and somehow manages to make you feel as though you are included in every Let's Play he posts. I'm very impressed by his community-building skills and the way he connects with his viewers.

How much time do you spend gaming in an average week? There are two to four hours watching my college suitemates play horror games in the common room (I have a tendency to accidentally throw the controller across the room at every jump scare if they let me play) and one to two on my own, playing either classic SNES games on my laptop or N64 games on the suite TV.

Favorite male game character of all time: Currently Richard Trager from Outlast. My favorites always tend to shift depending on what game I'm currently playing.

Favorite female game character of all time: ISABELLE FROM ANIMAL CROSSING (Alicen points to her Isabelle phone charm and buttons.) I have such a crush on her; I am just such a sucker for cute. I really want to cosplay her someday.

First gaming console you ever owned: Well, the first console I ever purchased with my own money was a 3DS XL Pink (I actually consider it my first major adult purchase because of how expensive it was), but I've been borrowing my sister and dad's consoles since the Super Nintendo came out. 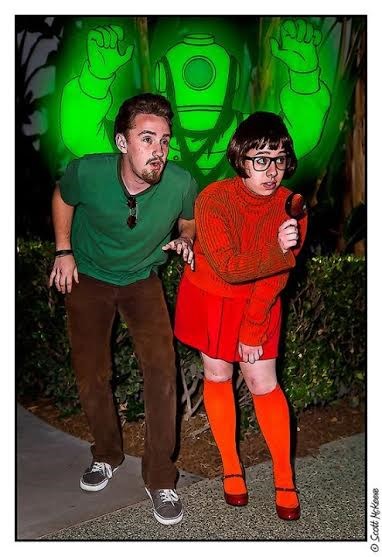 To what game have you been most addicted lately? Outlast. Horror games have been a college bonding experience for my suite, and we've even been told by our hall advisor that, although she understands gaming, we really can't keep screaming at 2:00 A.M.

What game have you played for the longest time, and what about it keeps you playing? Legend of Zelda: Ocarina of Time. It was one of the first games I ever completed on my own, and I also have really great memories of watching my sister play. I complete it at least once or twice a year, and I appreciate that I can either speed-run it and be done in less than a week or try to do every side quest and take a bit longer.

What game did someone convince you to try that you just hated? Mario & Sonic at the Olympic Games. We received it for Christmas, and I'm pretty sure we never played it after the first time.

What game causes you to rage or tilt the most? MARIO KART. There is some pretty vicious competition among my friends when we play Mario Kart, especially when we bump each other off the track.

Do you have any gamer regrets? Maybe itâs a misplay or chance not taken. The fact that in Legend of Zelda: Ocarina of Time, if you don't get a certain expansion for one of your items before the time skip, you can NEVER GET IT. I had almost done a completion run, and then I found out that little fact.

Trash talk: mandatory or unnecessary? Depends on what kind of trash talk and whom you are playing with. Gendered, homophobic, or racist trash talk is always gross and creates a noninclusive gaming environment, but if Baby Peach sideswipes you and knocks you off Rainbow Road, I think you should feel free to cuss her out (with agendered, nonhomophobic, nonracist insults. Trust me, there're plenty, especially if you are creative). There are exceptions, though, and you should always make sure everyone is comfortable.

Which one do you prefer? Video games, TCGs, or board games? Videogames! I dabble in Magic and various board games socially, but videogames are what really make me happy. Perhaps it's because I tend to play one-player games, so it's an experience I can have on my own schedule.

If you could go pro in any game, what game would it be? League of Legends, just because it's such a social and popular game at my school. I've caught on to a lot of the mechanics through sheer exposure to friends talking forever about various matches, even though I've never actually played. Maybe I'll pick it up someday when I actually have free time.

Tell me about the game you would create if I gave you unlimited resources. A virtual reality escape-the-room game that feels real. I don't think you understand quite how addicted I am to those. I know some people who tried to create one in real life for a class on puzzles they were taking, but it's so much harder in real life (obviously), whereas virtual reality would allow you to control different elements a lot more easily.

Whom do you consider one of the most sexually attractive characters (male or female) you have ever played? Was this based on pure artistic design of the character or overall character traits? â.â.â.âJuliet Starling (Lollipop Chainsaw). I mean, adorable blonde badass cheerleader with a chainsaw who carries her boyfriend's head on her hip? Who doesn't love it? The graphics also really brought her to life, and you can't deny she was specifically designed to be attractive in a very self-aware way.

If you could be any character from any game, whom would you morph into? Amaterasu from Okami! She has such great skills, lives in such an awesome world, and goes on so many adventures. Plus, I'd be a wolf/goddess!

Do you see an issue with the portrayal of women in games, and why? YES. Hypersexualization, lack of representation, damsels in distress, flat charactersâthe list goes on. Also, yes, you can go, âBut what about so-and-so! She's totally well-rounded and badass, and she has a great series!â That's great; you managed to find one female protagonist who doesn't suck in a sea of male protagonists who already get to do the cool stuff. I want variety in portrayals of women in games to be the norm, not the exception. 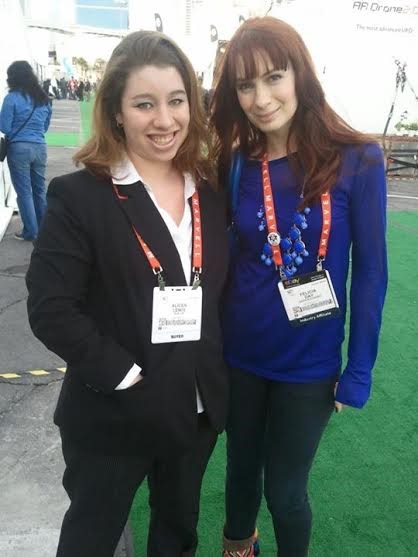 Have you ever cosplayed a character or could ever see your future self cosplaying a character? I have a half-done Saria from Legend of Zelda: Ocarina of Time for videogames, but in terms of cosplay in general, I've done Ramona Flowers, Applejack, Arale (Dr. Slump), and Velma.

Have you ever related to any characters from a game you have played? I mean, I wish I could relate to most characters I've playedâthat I was secretly the chosen one with a quest to save the world. The closest I can probably get is Kirby because I totally understand wanting to eat everything, being tiny and pudgy, and adapting to different situations with different skills (he gives new meaning to the saying, âTo wear many hatsâ).

If able to choose a gender during gameplay, which gender do you usually choose? Whomever looks cooler.

What book or series not already made into a game do you think would just kill it? A game based on My Neighbor Totoro, just because you could made it graphically and musically gorgeous.

How have your friends and family supported your gaming or tried to change it? My family supports it as much as they support any of my hobbies. If I ask for games for Christmas, they'll buy them without a second thought. I also currently live in the âgeek suiteâ at my college, where it's seven girls living together with a shared living room in which we hooked up a TV, an Xbox 360, a Wii, a PS3, and an N64 and have HDMI cables for PC gaming. We also pooled all our games and controllers. I guess I live in a pretty supportive gaming environment.

Did your family every have game nights? Do your parents like any type of games? I used to watch my sister and my dad play Super Mario World together, and I eventually joined in, but in general, we didn't tend to play board games or videogames together.

Can you play games with your significant other or do you find it ends up being too competitive between you? My boyfriend is a pro at Super Smash Brothers, but I still enjoy playing with him. I'm not super-competitive, and I just like doing something we both enjoy with himârather than having any goal to actually beat him. Plus, he's willing to play DDR with me, which I kick his butt at, so it all evens out.

Do you play any cellphone or Facebook games regularly? I'm currently addicted to Alchemy for the Android, but I don't usually have that much room on my phone to install any larger games.

What was your favorite game to play as a child? It can be any type of game, such as red rover, marbles, tag, or the like. Anything make-believe; it's basically your own virtual reality. I loved how it could be either a social or a private experience, and literally anything could happen. I regret that I haven't picked up LARPing when I grew older.

What kind of impact do you think MMOs are having on society? Would you change anything? I mean, I think social games in general are allowing communities of geeks to form where once they might have felt ostracized and alone, but there is most definitely overt misogyny, homophobia, and racism in these communities. If I could change anything, I'd make the communities less cliquey and more inclusive.

Do you believe there is a correlation between violence in videogames and violence in society? For some reason, this always come up in school, and apparently, psychological research on this topic has been inconclusive. I doubt videogames affect violenceâat least no more than most mediaâand expect, rather, that videogames are a tool that normalize violence rather than create it.

Once someone has been proven a habitual cheater, do you think that person should be allowed back in professional gaming? NO. There's never a necessity to cheat (unlike grey areas of morality, such as stealing bread if your family is starving), but if you cheat at a game, you are just scum.

I'd like to preface this by saying: This is a list of my favorite games, not necessarily games that are actually the best: