Sometimes, these suckers are pretty easy to research. I get a nice theme worked out, do some poking around online, wrap the package up neatly with a few lyrical flourishes, and voila, you know whom else to follow. I have a formula Iâm following, and I think youâll agree itâs working for both of us.

Sometimes, I want to try something a little different, and in those cases, I have to go into the tankâin this case, that means consulting "The Stybs" and trying to figure out how to format a new idea. In this case, the powwow didnât end with me hearing what I wanted to hear going in. His advice was to select podcasts that were bigger than just the sums of their partsânot just mere amalgamations of various famous people.

This left me not entirely agreeing with the approach. âWhatâs wrong with casts that are piles of big names?â I thought. âSome of my favorite podcasts are just thatâand theyâre great!â However, the more I dug deeper into the world of Magic podcasts, the more I saw where he was coming from. An important realization dawned on me: Thereâs not much merit to discussing podcasts that are less focused on an aspect of Magic and made up of people youâve heard of because youâve already heard of them. Whatâs going to be much better is finding podcasts devoted to specific aspects of the game in an attempt to get you turned on to casts you might like. Besides, who hasnât heard of The Eh Team? Iâll save the famous Who to Follow bump for someone else.

Here are two podcasts I really like because they are practical institutions unto themselves, and I respect what theyâve accomplished enormously. Iâll also be featuring a podcast that covers unique material that no one wants my biased opinion about. Without further delay, I humbly present to you Who to Follow â Podcasts. 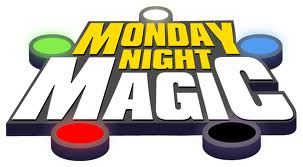 The whole Regulars descriptor was my idea, and on the very first cast, I decided to write about, I regretted it. The term âregularsâ is used pretty loosely with regard to this rotating cast of characters, so I picked a few guys you should follow because theyâve been doing the show a lot lately, and in Chewie Slateâs case, he is the show as far as Iâm concerned. Not that there wouldnât be a show without him, but that I feel heâs a living representation of the showâs ethos. Chewieâs a great guy who loves to podcast, and if youâre ever lucky enough to be cornered by him and his digital recorder to participate in âthree questions,â he likes it when youâre a smart aleck. That or I caught him on a good night.

This podcast has been going continuously since 2006, which, unless Iâm mistaken, makes it the oldest and most venerated Magic podcast on the web. Theyâre currently in the mid-300s in terms of episodes, and each episode is long. If you were planning on using this to while away your drive to work, make sure to take the scenic route. I donât necessarily think a long podcast is a bad thing, however, since I love to have something to listen to when Iâm working on the computer or driving cross-country.

This article could easily have had a column for âfamous alumni,â which would have included Gavin Verhey, or âhonorary membersâ so I could include Will Blanks. Listen to this podcast. Itâs half as old as the game itself, hosted and produced by seasoned veterans, and superlatively entertaining, and it even made Garfield hate Mondays a bit less. And we all know how Garfield feels about Mondays. 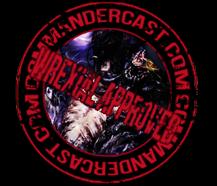 There has been a little bit of turnover at CommanderCast over the years. Recently, the host known as Andy a.k.a. GHoooSTS stepped down and left behind some pretty big shoes to fill. You can tell a lot about Andyâs role by the fact that he uses the CommanderCast Twitter page as his own. His taking a lesser role has been a good opportunity for other members of the team, however. Lately, William has taken over a lot of the hosting duties and is joined by âwhomever he can scrape up,â which makes it sound like less of an honor to be on the cast than it is. CommanderCast is more than just a mere podcast, however; itâs turned into a website with regular feature articles and its own YouTube portal. I have listened to a lot of podcasts that deal with EDH/Commander. This is easily the best one.

GatheringMagicâs own Carlos Gutierrez is a regular contributor to CommanderCast as well as a GM columnist. I first met Carlos when he still wrote for QuietSpeculationâheâs a busy guy. In fact, while Iâm on the subject, in addition to his articles on CommanderCast, you can also peruse his writing on QS. If you like Commander, this is enough summer reading to keep you occupied until next week.

When you get done with all of that, thereâs one more topic Iâm obviously interested in telling you about. 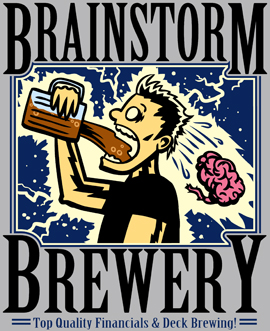 Brainstorm Brewery joined GatheringMagic as an official podcast a few months back, and itâs been frankly delightful. Even if you donât think youâre primarily focused on the financial aspect of the game, you might be surprised by how much of the information pertains to you as a player. You still have to buy cards to keep playing, so knowing how to buy low and sell high still pertains if you have your own money tied up in the game.

Does it seem tacky profiling my own podcast? I thought about that, so I was going to see if I could find another podcast that dealt with MTG finance. There isnât one. Pessimists might say that makes Brainstorm Brewery the worst MTG finance podcast on the web, but since the same logic makes it simultaneously the best, itâs a wash as far as Iâm concerned. I wonât talk too much about how great it is because, obviously, Iâd like it because recording this cast is the most fun I have in a given week. If you care about finance, want your hobby to pay for itself, like deck brewing, enjoy a good running gag or two, and generally like to support GatheringMagic, youâd probably like Brainstorm Brewery.

This list is far from exhaustive, and there are a lot of great casts out there that deal with various topics pertaining to Magic you might like. If you have a job that allows you to bring an MP3 player, Iâd recommend trying out a lot of them until you find ones you want to keep in a regular rotation. True to form, Iâll be revisiting this topic soon because I have a lot of podcasts that I think have a lot of merit that I want to share with you. Thanks for bearing with me, and happy downloading.