As was tradition at my old gig on StarCityGames.com, so it will be here at my home on CoolStuffInc.com! I've been doing Pro Tour predictions articles for the last six Pro Tours, featuring five predictions for each event, and frankly I've done pretty well!

And we don't just have any Pro Tour to kick things off with here, we've got one of the most anticipated Pro Tours in recent memory! 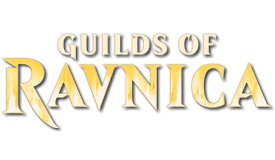 There's no doubt that Guilds of Ravnica has been a shot in the arm to both Standard as well as Magic as a whole lately (alongside Magic Arena). For the first time in a few years people are actively excited about Standard, with the first wave of Standard results showing us a glimpse into a vibrant and diverse format.

So let's get started!

Prediction One: No One Deck Will Be More Than 20% of the Field

It looks like we've got a live one here!

Standard in the past few years has not been very exciting. Mardu Vehicles, Temur Energy, Rakdos Aggro... each was at points unrelentingly dominating. Rakdos Aggro was over 50% of the metagame at the most recent World Championships, which is completely unacceptable for any competitive format. Standard has not been healthy, so seeing a diverse and exciting Standard format is a breath of fresh air.

Keep breathing it in, because it's going to hold up.

Grand Prix New Jersey and Grand Prix Lille were the first two major Standard events of the new format, and both showed not only diverse Top 8s, but Top 8s that were very different from each other. Each of the major Magic archetypes was present, with little consensus on which were the best decks or even the best builds of the top decks.

This will not be sorted out by Friday. There are just a ton of possible options right now, with power in all sorts of strategies and powerful new cards pulling in all directions. While the format will eventually coalesce into something more stable, I highly doubt it will be solved this weekend.

Prediction Two: There Will Be At Least 32 Basic Plains in The Top 8

The time of the basic Plains has come. 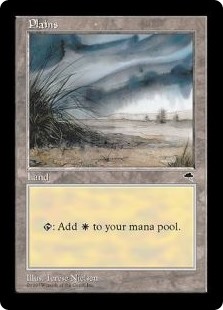 For a while there in Standard it was pretty tough being a Plains. Only 3 of the 24 players at the World Championships registered basic Plains in their deck, and White has been one of the weaker colors in Standard (Gideon, Ally of Zendikar withstanding) in the last few years. Well enough of all that, because it's time to make some White mana.

Seven of the Top 8 decks of Grand Prix New Jersey featured White, and while it was more of a splash in the various Jeskai Control decks it was featured front and center in the Boros and Selesnya Angel decks, as well as the Boros Mentor and Selesnya Tokens decks. History of Benalia and Lyra Dawnbringer have solidified themselves as two of the major threats in the format, but it goes even deeper than that.

The exact flavors of the aggressive White vary, with super crazy "Suntail Hawk" versions of the deck maxing out on one-mana fliers, to versions going bigger and splashing Red for cards like Heroic Reinforcements, to more midrange looking decks like Brad Nelson's Boros Angels deck from Grand Prix New Jersey, but there's almost always one constant:

There aren't tons of good ways to kill Adanto Vanguard in this format and people aren't even playing many of the effective ways to do so anyway. Good luck beating Adanto Vanguard with your Shocks and Ravenous Chupacabras.

Whatever form it takes, Mono (or mostly mono) White Aggro will be a major player at the Pro Tour. Furthermore, with midrange decks like Boros and Selesnya Angels as well as Selesnya Tokens all floating around, it's going to be a good day to be a basic Plains.

Prediction Three: There Will Be Zero Copies of Disinformation Campaign or Tempest Djinn in the 8-2 or Better Decks

The first is Dimir or Grixis-based Disinformation Campaign decks. I'm not sure why people love their Disinformation Campaigns so much, but the card is everywhere. The decks are packed with good rares and removal, sort of heir apparent to the Grixis Energy decks from the previous format, and it feels like the casual-competitive deck of choice. The kind of deck the good player at the local FNM would play and stomp out everyone's incomplete or not-quite-competitive decks with a combination of slightly better than average play and raw power level of cards.

The problem is, the deck just isn't that good when it has to face real competition.

There were one or two Grixis decks in the MOCS results from last weekend, but the deck hasn't scratched the surface of any of the bigger events. Disinformation Campaign is a slow card and with the format shaping up to be fairly fast and powerful, it's just too clunky as an engine. The Pro Tour decks will be finely tuned machines, not leaving room for scry shenanigans or incremental gains that don't effect the battlefield.

The other is the Mono-Blue Aggro deck based around Curious Obsession and Tempest Djinn.

This is a very popular deck on Magic Arena because it is extremely easy to build. With no mythics and only a handful of rares, it is a very easy first deck and also a deck that is scrappy, fun to play, and certainly capable of winning. Gab Nassif, fellow streamer and one of the best Magic players of all time, took the deck to the finals of Grand Prix Lille, but aside from that it has seen very little real world success.

Both these decks are fun decks for FNM and certainly playable, but will be overshadowed at the Pro Tour.

Prediction Four: There Will Be One Wild Ramp Deck in Top 8

There's always a wildcard prediction and I know this is one that my fellow CoolStuffInc.com writer Ali Antrazi will appreciate.

Frankly, there's more to Standard than we've seen so far. There are a lot of big powerful cards and effects in the format and somebody is going to build, play, and do well with something insane. It may look like Ali's deck:

...but the fact is that somebody is going to go big at this Pro Tour and get rewarded.

That answer I don't have, but expect a big curveball in the Top 8.

Prediction Five: There Will Be More Copies of Tocatli Honor Guard in Top 8 Than Merfolk Branchwalker

A few weeks into the format, people were already starting to doomsay.

Golgari Midrange, with its ability to endlessly grind and it's planeswalkers that gave it versatile answers to everything, was perceived to be taking the Mardu Vehciles/Temur Energy/Rakdos Aggro mantle of "infinitely flexible aggressive-midrange deck that is adaptable to any format and always the best thing you can be doing." The deck was all over the place on Magic Online and Magic Arena and felt very difficult to overcome.

However, it looks like the hive mind has figured it out.

The deck has put up finishes both at the Grand Prix as well as the MOCS, but it's nothing more than a list here or there - not the dominance that was feared initially. All of the format's other decks are simply getting better, while the midrange pile of creatures and planeswalkers stays largely fair and mundane. Furthermore, almost all of the White decks have adopted Tocatli Honor Guard as their anti-Golgari tool of choice, which also has some nice splash damage against the Mono-Red decks as well.

Golgari Midrange will still be a player in the metagame, but White decks, with their Tocatli Honor Guards in tow, will keep them in check.

Nicole and I will be playing some Modern at SCG Regionals this weekend in New Jersey, but you can bet we'll be checking in to the coverage all day to see what's happening.

This Pro Tour is exciting for a lot of reasons, but I'm so happy that Standard is alive and thriving again. I love playing Standard and it's been a rough year or so for the format.

What do you think; will my predictions pan out?