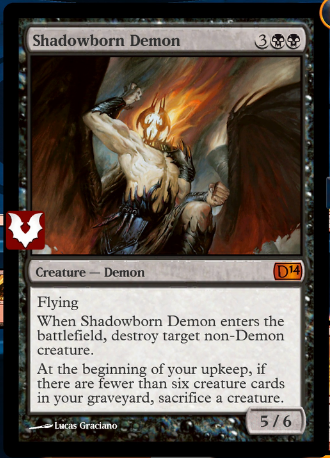 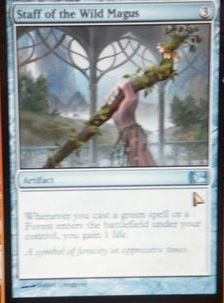 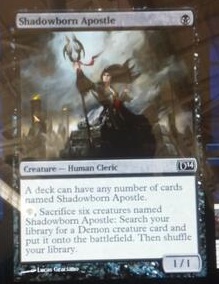 A new cycle of uncommon artifacts that give benefits to playing a specific color are being printed. The one that was most easily visible in the game was the green entry in the cycle.

Staff of the Wild Magus {3}

Whenever you cast a green spell or a forest enters the battlefield underÂ your control, gain 1 life.

To complement the previously spoiled Shadowborn Demon, a common creature was also

A deck can have any number of cards named Shadowborn Apostle.

{B}, Sacrifice six creatures named Shadowborn Apostle: Search your library for a Demon creature card and put it onto thebattlefield. Then shuffle your library.

Also rumored to rear their head in Duels are everyone's favorite tribe - Slivers.