I wrote my Masterâs thesis on young adults learning philanthropic behaviors such as donating to nonprofits. A major aspect I had to explain was how people entered into donating, as itâs a learned behavior. Explaining every path took months, but analyzing every touch point has definitely stuck with me since then. Wizards of the Coast does considerable research into figuring how nonusers interact with everything, from branding colors in packaging to giving random people introduction packs and see what they do with the contents. Itâs easy to market to enfranchised consumers, but documenting new user experiences and advertising accordingly is a real struggle.

We no longer see Magic commercials on television. The Pro Tour is no longer on ESPN2. Our ability to experience Magic is a self-selecting endeavor as of today. This soon will change.

The game has simply too many users, too many consumers who interact with it on a daily basis. Hasbro has had numerous presentations and earnings statements commenting on Magicâs recent boom in player base and revenue. Duels of the Planeswalkers is the tip of the iceberg. You donât think weâve noticed all the talent from rival gaming companies and Disney that youâve been gobbling up? The digital recent hires alone have been hinting at larger efforts. Something is coming, and itâs more than just more paper Magic stuff.

Before we can understand and analyze a new digital offering, or whatever theyâre working on, let us postulate on the next touch points and products. The introductory packs and learning systems for new players are still very much a work in progress. As Magic players are advertised to by other players and siblings, traditional marketing strategies such as product placement havenât been used yet to their full extents. In addition, not all products, like Commanderâs Arsenal, are for new players. Precedents are nice, but our community of fans is has such foresight that in many cases, people are already commenting on new things to come. Vorthos, being the art, flavor, and storyline folk, tend to create outside things, as that is what theyâre interested in.

Today, I give you seven products that are in the near future for us to purchase: 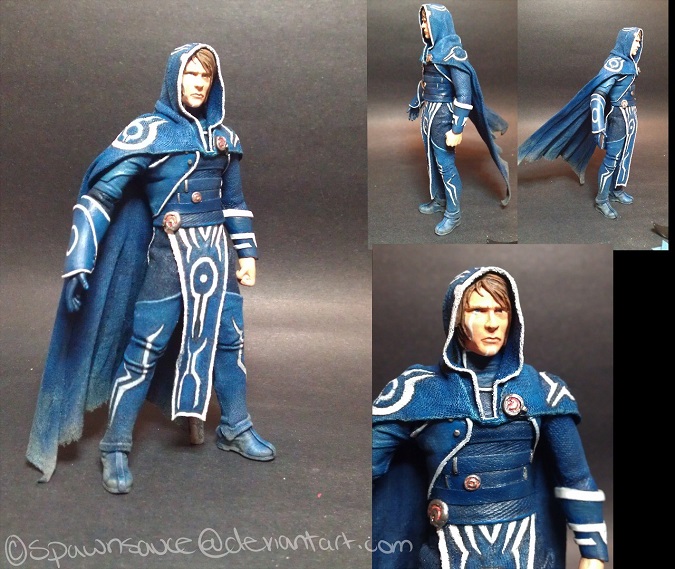 Letâs be honest: A set of these would be awesome, and you, like many of us, would buy these. If we could have a tiny production run, five thousand or so, just like Agents of Artifice and have its own Jace book promo, this would sell out in minutes.

While I would love a kidsâ action figure/doll that coincides with a TV show in the Target toy aisle, Iâd be sure an adult set would be feasible. If they upped the production run, Wizards would have to get more in line with Hasbro and have better connective threads. As it stands now, Wizards kind of does its own thing other than report earnings. The business model differs so greatly. This product, if made in small runs, would be on top of a comic-book aisle shelf, such as a DC or Marvel figure bust. Five-figure waves at $250 for the set could be a thing quite easily. Have it at a convention, and fights might even break out for the in-box, alternate-art promotional planeswalker cards with an old frame. Magic has become that popular and that seasoned that crazy parents are now with us. Let that sink in.

This is a task for the Brand department. @ElaineChase is the point person there.

Art Book, Art of the Year 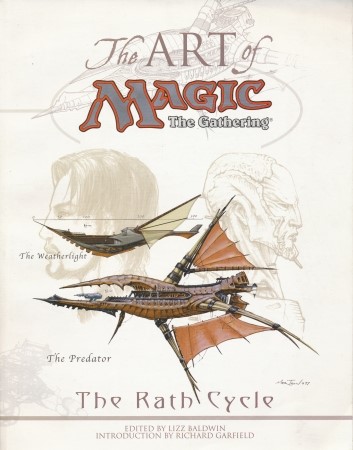 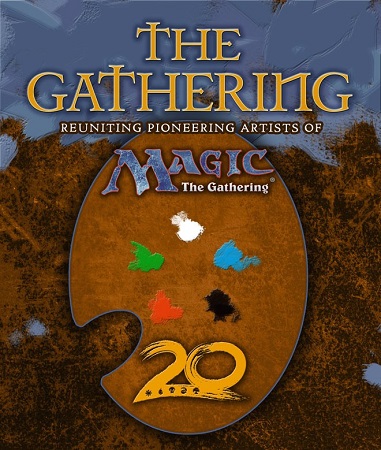 Think of an art book as a way to use all the staff time and effort in making the style guides used by freelance artists and writers and translating it into a marketable product. There is a full design week of art-making that never sees the light of day. While some should stay proprietary, a lot could be used with ease in a print publication. It would be the competitor for your coffee table.

This could be a joint venture with D&D, but I donât feel it needs to if a promotion element is present, such as a promo code or a card redemption. In the past, we have had one official Magic book and an unofficial one being published this year. The former is $30 to $60 on the secondary market, and the latter is a successful Kickstarter project. There is no additional card promotions for the books, theyâre just paper (Kickstarter rewards aside). I donât feel a print book could sell by itself. Having redeemable codes are by far the easiest implementation addition to the books, though a card would push sales a bit faster.

This is a task for the creative and brand departments. @ElaineChase is the point person in Brand, and Colin Kawakami is the Creative head.

Convention Promotions at All the Places

Others â To Be Seen 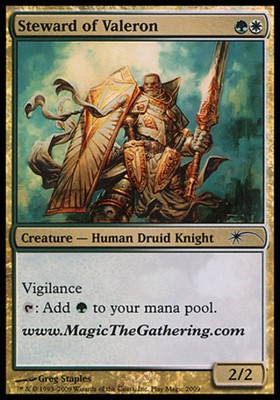 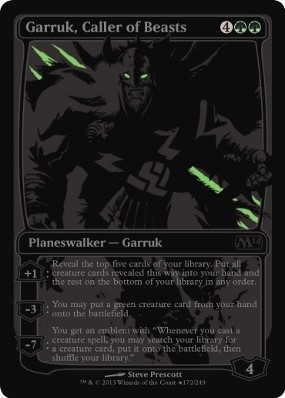 We have had these for years, but they havenât been high-tier cards. Does anyone remember the San Diego Comic-Con (SDCC) Phyrexian Plaguelord? How about the Bloodthrone Vampire that was at every convention in 2011? Up until SDCC of this year and Dragoncon with the Nalathni Dragon back in the day, these promos havenât been worth much or noticed much. They definitely should keep up this SDCC swag, and I would suggest different promotions at different conventions. Maybe a fantasy art convention like Spectrum Live would have alternate artworks or Emerald City Comicon would have a green mana-ramp promo each year. Make them unique! Planeswalkers are the branding material if you run out of ideasâjust take an older planeswalker, even Chandraâs worst versions, and integrate them.

This is an ongoing task for the Brand department. @ElaineChase is the point person there. 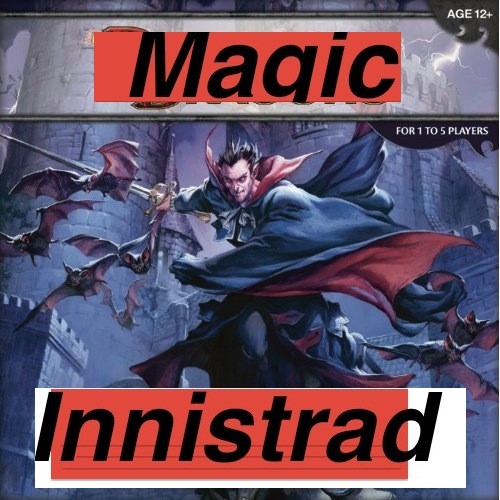 Image from Wizards of the Coast, a subsidiary of Hasbro, Inc.

Imagine that Dominaria or Ravnica is the âbase setâ and that each plane is an expansion. Youâre already partially done with making the board game. Wizards of the Coast has had very successful games such as Lords of Waterdeep and the Legend of Drizzt board games that have hit the market already. Since Magic has a ton of art to use, they could recycle it like Fantasy Flight Games and make a board game with immediate expansions in months, really. Keep the supply low (or manufacture it low), and itâll sell well. Put in a redeemable comic-book promo, as Duels of the Planeswalkers has had, and theyâll sell like hotcakes.

If youâre a game designer, form a rough idea, add some MTG art as placeholders, and have this product made tomorrow by submitting an article to one of the major MTG sites. You can always ping me about it, tooâGod knows Iâll help.

This is a task for a designer to pitch to Wizards. Talking to one or more of the D&D board game designers is what I would do over lunch at Salumi in Seattle. Peter Lee, Rob Heinsoo, Bill Slavicsek, and Mike Mearls will be the point people here to navigate if D&D has been consulted to work on it. 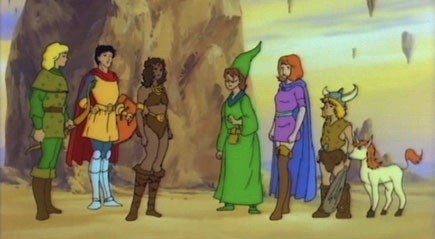 No, if youâre thinking a Magic cartoon would be made for current players, youâre way wrong. (Despite the Brony enthusiasts in the crowd.) It will be made because older 1990s players are aging, and theyâre having children. A cartoon will be a twenty-four-minute introduction to the game that mom and dad play with their friends. Add in the fact that Hasbro has the HUB channel for kids, and the building blocks are well into place.

Iâve been urging WotC to create an Adult Swimâtype program to play like anime at 11:00 P.M., but that risk is considerably higher. It would have to form a cult following to form organicallyâand fast. It would create a touch point before and after Duels of the Planeswalkers as a marketing entry point to the tabletop game. Add in some Magic Online advertising during commercial breaks, and youâve tapped into the PokÃ©mon, YuGiOh, and Skylanders strategies. It can work, quite easily, but you have to be very careful of brand dilutionâhave you seen the D&D movies? Biscuits.

This is a task for the brand department. @ElaineChase is the point person there.

From the Vault: Um, Thing?

From the Vault: Tokens

From the Vault: Win Conditions

From the Vault: Planeswalkers 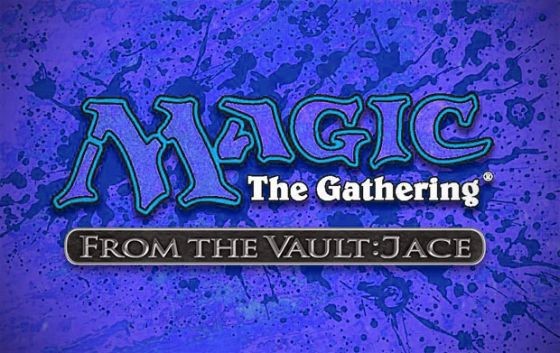 Weâve used Dragons, legends, and lands already, and doing a solid color wonât exactly work. I fear these will either go crazy-obscure (or worse: cheesy)âsuch as FTV: Mana Accelerationâor be shelved for a while, being a product that comes out every few years. If itâs from the vault, perhaps we shouldnât be opening the vault that often, eh? If this is the product for dads to get starting on to build a Cube, it prevents them from going into alumni mode and have to reenter the game. (Reentry is rocky at best considering the cost.) It gives them their favorite boom-boom spellsâor just Jaceâand taps into nostalgia.

I hope future FTV packages go into Vorthos mode more. There are always a few head-scratchers in thereâpunts, reallyâthat could be filled with really flavorful cards that fill roles in Legacy sideboards or into Commander staples. If you look at a lot of the Weatherlight Saga cards, while depicting the storyline at the time in a great way, they rarely hold up to time. Keep those flavorful depictions full of great storyline images, but letâs update a few of them to our post-Mending world, where planeswalkers arenât gods.

This is a task for the development side of R&D and Magicâs main art director Jeremy Jarvis. Iâd go to Mark Gottlieb first since heâs headed up a few of them.

Magic has had an illustrious history with one-of promotions in the past. A cursory look over at MagicLibraritiesâs rarities section will open your eyes up to the oddest promotion items in Magicâs history. The Vans Warped Tour with skateboards are just the most recent odd things. We could have four Arcanas a day on the weird stuff like the 6âÃ9â Serra Angel alternate art by Rebecca Guay or key chains, among other things, that brought folks into the game. Whatever it took in physical form, most likely, Wizards has tried it. What they havenât tried yet is diving into the deep end of other media. Cost is a serious discussion in any game company always on the lookout for the next calamity. Gaming companies collapse, and brands shrivel up so easily. Magic appears bulletproof, but Superman did, too.

Wizards, please keep making these swag options. They help with adding additional touch points to the game, and keep it visible on a daily basis beyond the cardboard boxes in peopleâs closets or the one on the floor that my dachshunds sit on. Iâll be covering the showing of oneâs swagâand, frankly, collectionâvery soon. Stay tuned.

See yâall next week. Harvest is soon upon us.