I wrote about philanthropy a few years ago in âMagic, Philanthropy, and You.â I work in the nonprofit field and am an ardent supporter of all things that arenât for profit or government work. (Generally, most nonprofit stuff is what government work should do, such as a state arts board being a ministry of culture.) Iâve found in my years playing this game that, on the whole, Magic players are quite charitable and will give more often than not. Though, to be fair, most humans will give when the hit is inconsequential or the incentive is even marginally helpful.

I didnât add a charity tournament to my list of things to accomplish in 2014, assuming I wouldnât be able to pull it off in time, but with a set coming out of the blue in Magic: The GatheringâConspiracy, I can easily see a very quick âturn-keyâ event being possible not only in my home city of Minneapolis, but in a variety of other places, too.

I should comment that any charity event in non-USA countries is radically, utterly different. Germans pay exorbitant taxes, so donations make very little sense to them. âDoesnât the government take care of this stuff?â is a very common response when I tell people I work for fundraising in the artsâthey thinking Iâm a lobbyist of sorts. (Which, technically, we kind of are.) Itâs more than passing around a jar asking for quarters. It turns out nonprofits are often a signifier of vitality in a city and a huge economic indicator. If you donât have an orchestra, for example, youâre not a city, or if you have nothing to store or show in a museum, itâs not worth moving there.

Before I put forth a decent timeline template for damn near anyone to hold a tournament, we need a couple of things explained. I plan on having a charity event this year, and while our local players may choose different routes, itâs wise for players trying to convince a tournament organizer or storeowner some foundations on what players want. I have inklings on all of these things, but letâs put it to a poll and then discuss briefly in a side note next week.

To start things off:

This could take months to figure out, but Iâm curious about a gut-check reaction. Do players really care about Finkel and his colleaguesâ charity Gamers Helping Gamers? Is Childâs Play known? Do people love animals or technology access the best? How about bald kids with cancerâis that the default choice?

Consider the tradeoff between being inclusive, meaning more people, and more prize payout to cost of entry. Itâs hard to raise money when the cost to enter is $50 and most of that is in covering Time Spiral packs.

3. +EV Additions to the Tournament

Would there need to be other added benefits by attending? If so, what below is the most enticing? 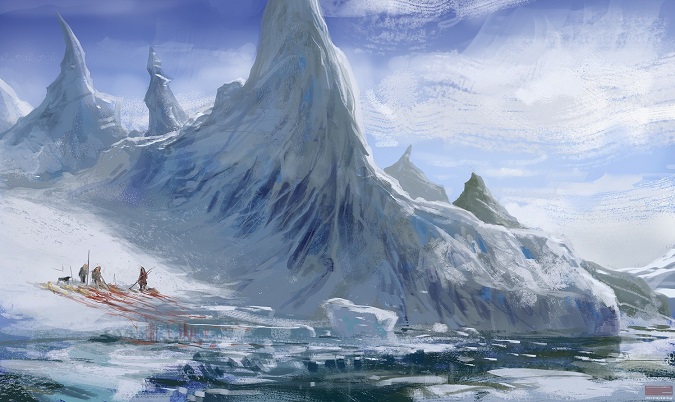 Play mats went from a rare Grand Prix item to being a fully expected at any large tournament. I like them, but I can definitely see how people wouldnât want $10 to $30 added onto their entry fees just for swag.

Commission rates for play mats are a bit variable, but the more established the artist, the larger the tournament needs to be for it to be even remotely profitable. I have contacts from right out of art school toâ.â.â.âwell, I guess I kind of know Donato. So, think logistically about whom gets the art and what that means. 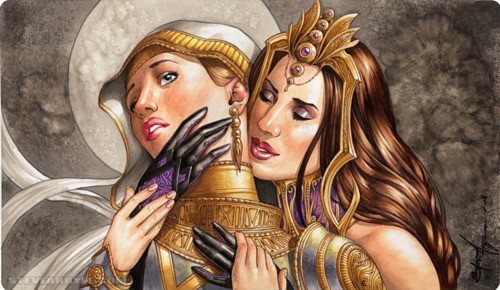 While the monetary entry fees would all be to charity, yes, there needs to be something in store for a winner. These arenât mutually exclusive. Straight cash as a prize isnât promoted, as that should be for the charity. 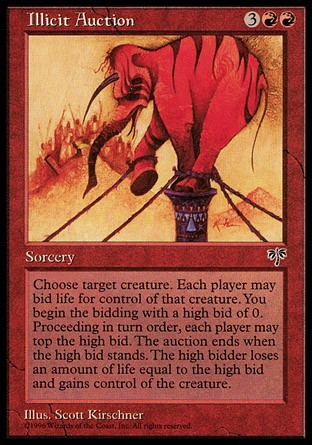 Iâm a huge proponent of silent auctions. An organizer asks all the local businesses that profit enormously from having huge prereleases and such for gifts in an auction. You donât think the nearby pizza shop doesnât love Magic players? With them donating, it appears all bad for them, but it actually brings the shops closer together, encouraging them to find cross-promotions and work on their placement of advertising. Raffles allow for an event to receive donations from everyone, as the prize would be silly to not win. For example, raffle off a play set of Tarmogoyfs for $1 to $5 per chance. How many do you buy as a player? Nonzero is the answer. If you add a need-not-be-present-to-win clause, like, for something crazy-huge, you open to massive donations across Twitter simply from an Evan Erwinâexcited retweet.

Should an artist need to be present? Keep in mind that artists have costs associated with them. I would argue taking my artist list, finding a local one to come to your charity event for below his or her normal rate to do artist stuff, and then start a relationship in which you pay for him or her to come to a lot of local events. If you brought Lars Grant-West to every prerelease and Game Day in a year, your store would be the coolest place in Rhode Island, and people would count on you having a decent crowd with an artist there.

I finally have basically enough contacts to set up a popup Magic art show anywhere in the country. Seeing how small an Alpha artwork is or basically how large a panorama is painted is rather thrilling for some people. If nothing else, you are able to see something behind the Wizards curtain. Art changes from canvas to card, and this is a cheap way to add value to an event. Would that be cool to see at a charity event?

Thanks for taking part. More information will be coming soon. But vote! I look forward to your responses.

Alpha Original Art Project â Who knows of one on his or her uncleâs wall? Rat him out to help get Magic into an art exhibition, and let me know about it.