To say this weekâs is a Gigantiform change that will ripple through the industry is not to be understated. Iâve heard some news and had confirmation from Wizards that artists will soon be able to make any playmat of any Magic artwork they wishâto some extent.

Wizards continually improves from the average gaming company, but you may not have seen most of the changes. Theyâre usually minor things that you wouldnât think of or behind-the-scenes improvement, but a few have risen to the surface that need mentioning before I get to playmats. A year and a half ago, we had a massive change. To you, you could now purchase foil artist proofs; to artists, receiving a Planeswalker commission meant a new free house payment.

We have a great citation on the utterly-must-read art blog written by artists in our industry Muddy Colors: In Good Clients Make for Good Art, artist Dan Dos Santos succinctly explained the changes in a July 2014 post:

Now, why they changed those things is a different discussion and outside the announcement of today. To learn from the past, what they changed is that a some commissions are worth a bit more, like Planeswalkers, and that totally makes sense because itâs a larger piece and has a lot of eyeballs staring at it, so itâs a logical assumption more work will be done on it.

Before, art books had a lower percentage of art that had to be non-Magic art. Other than the pay itself, you havenât noticed the art-book change because a ton of products havenât popped up in the market yet. Theyâre coming. It just takes the time for a retrospective or an heir to make a high-quality item. We should see one to two major ones later this yearâat least from rumblings Iâm hearing.

Artist proofs arenât additional pay, and adding foil artist proofs is still not technically more revenue. Though the artists who received a special promotional rare card, called an expedition, may argue that what they received was basically cardboard currency. Expedition artist proofs start at $50 to $100 and rise upward toward $300 each, and foil artist proofs allowed these prices to exist. Additionally, an additional small object is fantastic for conventions, where space and weight are a premium. This change felt so prominent, and after a year or so, it just seems that it always should have been there.

The market artists currently work in, especially at the greater number of events than ever before, necessitated a serious change of an item that is sold at nearly every event: the printing of playmats. 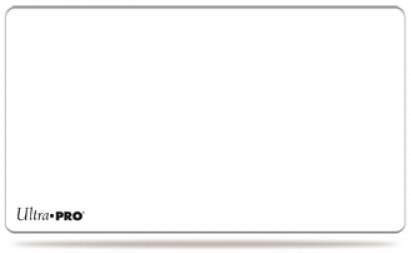 Wizards is working on a deal to give artists the ability to produce playmats of their Magic art with UltraPro.

Nothing official has been said yet, but Iâve learned Terese Nielsen, Steve Argyle, Ryan Yee, and Noah Bradley all have gotten in on the first wave. 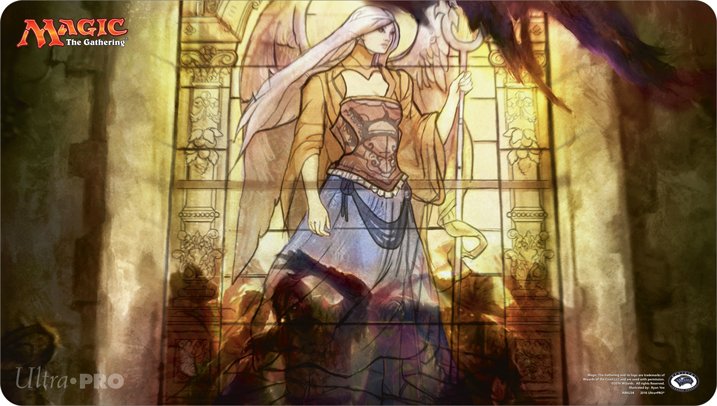 Magic artists have not been able to take the art they made and print playmats of them to sell at Grand Prix events, conventions, or online. The exclusive license to make playmats is owned by UltraPro.

This change will allow artists to be able to make playmats of artworks from the past that were crazy-rare and will go to being very attainable. 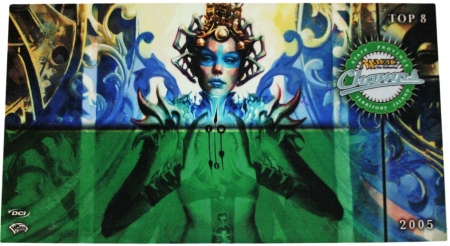 We should start seeing them soon. That means, if you and enough buddies want enough of an older artwork on a playmat, itâs now possible to buy one. Likewise, we will see a boom of them at Grand Prix or convention events in 2016 and beyond.

Since artists have to purchase them, we wonât see every card on a playmat, but if you see artists asking which art you, the fans would want, theyâre polling to see which playmat to make.

I would suggest any charity eventâlike, for example, my summer charity event I throw each Julyâto contact an artist and pick out some absurd older art that hasnât been made onto a playmat in over a decade or that has never been made onto one. This is a huge deal that will help predominantly older artists who have a marquee artwork.

Any Cube-format card would be fantastic to have as a playmat. Artworks like Force of Will or the Power 9 are obvious, but Iâd look to artworks from artists who only had a handful of works to score big here. Grand Prix events can now improve the chances of all Magic artists to go from having a good weekend to saying, âWell, I donât have to carry those playmats home now, which is nice.â

These changes never happen in a vacuum. If you wish to know who probably helped move this along, you should look no further than the Wizards art directors: Jeremy Jarvis, Dawn Murin, Cynthia Sheppard, and Mark Winters, with help from their colleagues.

They tirelessly try to help artists earn better rates, better licensing deals, and contact information to tournament organizers. While work-for-hire contracts are not perfect, there are people on the inside working very hard to improve the conditions for artists. Thanks should be sent their way; I know this took months to years to implement.