Iâve been hitting my pillow each night exhausted with starting my new job at the University of Minnesota, podcasting, writing, and working on some intensive community-based initiatives behind the scenes. I really wish I could say more on how all the artist boats will be rising, but at this point, Iâm just trying to prevent the candle from burning out. Some things Iâve been begging, wishing, and hoping for can and will come true, and Iâm going to need some help in the coming months.

I talked to a few freelance writers, like myself, who hit burnout and writerâs block, respectively, and what Iâve heard is that when you run out of ideas, you need to step aside. I have not hit that point yet, and I have a pretty long backlog of things to cover. But one thing Iâve been waiting for is for Mark Rosewater to write a much-needed update to his and Wizards of the Coastâs definition of Vorthos. Ant and I discussed that the Vorthos aspect is a three-legged stool of lovers of the art, lovers of the storyline, and lovers of the names and flavor text. Is that correct though? It is true until weâre proven incorrect? So, instead of restating things or explaining things more, Iâm waiting for the official head nod and longer-form article on Vorthos. Itâs why I rarely write design articles, and when I do, itâs really just Vorthos-focused. I think itâs time to urge Wizards to define this art/story/flavor situation a bit more in the new normal of set releases, and next week, we gain a little view into that.

Until I have the big announcements of the year, letâs have a little update on all things Vorthos today!

For Grand Prix Las Vegas, it looks like ChannelFireball is releasing one artist a day through social media, using the hashtag #MTGArtMadness.

This begs the question; will thirty-one artists be there?! I cannot even imagine what would basically be a GenCon-sized group of people who are all Magic artists in one space. Will someone have each artist sketch on a play mat? Who will be altering the most? Who will hype his or her table the best beforehand?

The artist alley will be massive, and the exact placements of artists will directly impact sales, lines, and play-mat collaborations. Iâll be doing some recaps each week of artists and their cards to stock up on and obscure artworks in case youâve missed them!

Who would be a stellar addition to an entire artist alley, and whom would you like to see? Sound off using #mtgartmadness, and let everyone know!

And whatâs the big announcement for what theyâll receive at Grand Prix Las Vegas if they attend? Theyâre being invited to a pretty unique reception with just a few VIP guests.

Speaking of PucaTrade, they just announced their Indiegogo campaign to update a bunch of features on their site, such as foreign cards, conditions, and physical-to-digital card trading. I think their $50,000 goal is actually pretty low for any major development addition, which Iâm happy to see is conservative. Why I care about this is that, at their $1,000 level, someone can, in theory, have artist proofs added to PucaTrade.

This has never happened before on any site, and frankly, any online store that sells them really varies on pricing. Most minor cards arenât even listed, and those one-of cards for a Cube would be an incredible addition to their site. If they can figure out how to settle condition disputes, artist proofs should be easy. I hope someone brings it up and has them added! 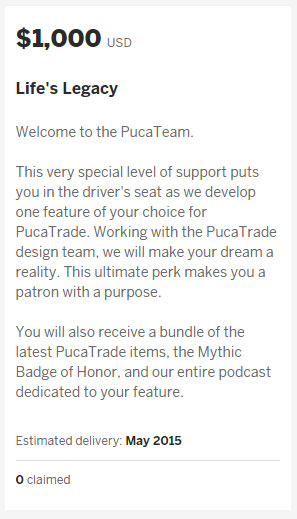 After many e-mails and cold calls, and after an absurd number of written snail-mail letters, I finally found two artists Iâve been trying to find for the past few years: Li Tie and Eric Peterson. In 2015, itâs actually only a few artists who donât have visible websites and who have come back into the fold. Weâre seeing artists again because of the massive influx of players who want more cards signed, more artist proofs purchased, and, in turn, prints and original artworks wanted. There exists a few artists who donât want to be contacted, whose reasons are their own, but these two artistsâwell, they just didnât have anyone hustle hard enough to find them.

This is still a long process, but Iâll be receiving more precise information from both of them on what artists proofs they have left and their signing policies. Li Tie is sold out of his original artworks, in case you were wondering. As Li was the art director for Portal Three Kingdoms, he has the contact information for the artists of P3K; the set was contracted out to him. Iâm working with him slowly, as he is incredibly valuable to our entire community of art-loving Vorthoses.

Stay tuned on social mediaâIâll be getting some interviews and more soon.

Iâve noticed quite a few strange legal questions pop up in the past month, so I think itâs about time we revisited what things in the art side of Magic should be noted.

Snack Time with Mike and Ant

In case you havenât listened to the resident Vorthoses of Gathering Magic yap about things, you definitely should. Youâll learn a thing or two, and we have a preview card coming up here next week for Dragons of Tarkir with creative manager Colin Kawakami and Jeremy Jarvis on for a little chat. Itâs a barn burner. Iâd catch up on an episode or two beforehand! 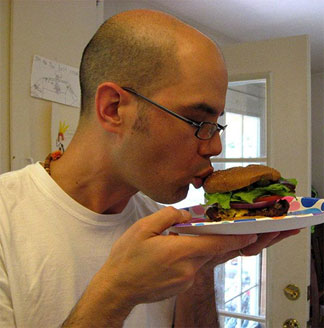 Last summer, I hosted with the help of my friend Matt Awde a two-day charity event to benefit Mariah Boehm and her family. Minneapolis loved the idea of a charity tourney, and people came out in full force. This summer, Iâll be hosting another one. Details are still being worked out, but weâll have a play mat, the event will be two days, and it will be at a different site than last year.

I had a bunch of votes last go around in writing Starting a Magic Charity Tournament, and I plan on writing a full announcement for the Summer 2015 tournament as I did last year. Iâll be actively soliciting items by Grand Prix Las Vegas, so if you have a spare artist proof, alteration, or other item you would be willing to part with, please let me know in Las Vegasâweâll be able to meet up! Itâll be for a good cause, and meeting up over philanthropy at a massive Grand Prix is great community-building; maybe weâll share a coffee.

P.S. Iâll be at Grand Prix Las Vegas, and Iâll be handing out snacks!