Finally, we hear the announcement of Modern Masters 2.0, the Las Vegas spectacular weekend of a Grand Prix with a drafted set thatâs worth its weight in, well, gold: 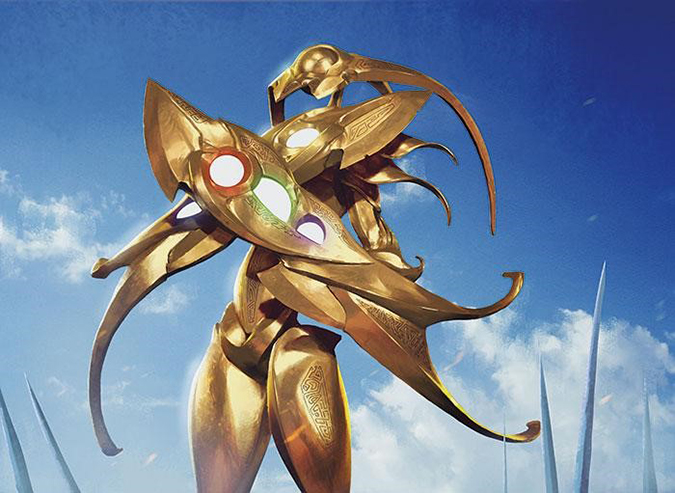 What caught my eye in the announcement was not that itâs coming, no, but rather that there are simultaneous locations. That changes a lot for us Vorthos folk, especially my homies in central Europe and across the Pacific. A lot of Vorthos people in other counties donât have Grand Prix with three to five artists. Most other Vorthoses donât get to see Randy Post multiple times in the same season. However, I have yet to meet any Japanese or Chinese artist in the flesh either.

I decided to spend this article doing what I do: helping the community.

I do a few things well for Magic, and one of them is helping connect people. I wrote on this connecting just a little while ago, and it is well worth your time to read it. I do art stuff and help others do Vorthosy art stuff when people politely ask. I also offer up my aid to those who might need a little help, and tournament organizers have been going to the same well, for the same artists, for a little too long. 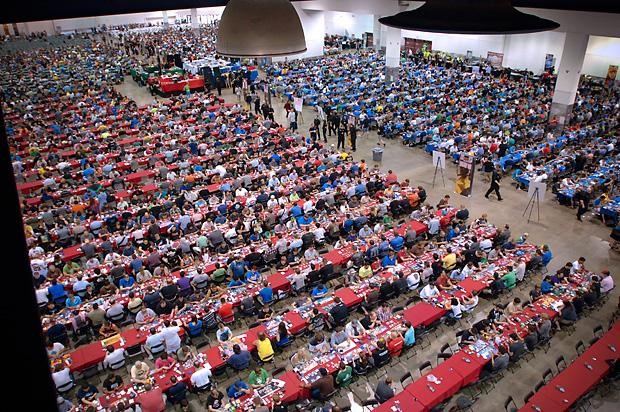 This year will differ slightly for artist selection, as Spectrum Live, the convention celebrating the best in Imaginative Realism or fantasy art, is May 22â24, 2015. I did a write-up on that con in the past if youâre interested. In short, not all Magic artists go anymore to Spectrum Live because itâs in Kansas City, and foot traffic isnât the highest. If you canât sell an original or six as you could at Illuxcon, the best art convention for selling originals, and you donât have a line a mile long for signatures, print sales, and such, itâs a difficult location. Flights to Kansas City for artists are expensive. Flights to Las Vegas are stupid-cheap. Add this to an artistâs mind: over four thousand players, who will easily attend Grand Prix Las Vegas, all able to buy artist proofs or a giclee print.

There will be other artists there, with, no question, some Magic artists. Spectrum Live is a big deal, and asking the twelve exhibiting artists to attend a Modern Masters Grand Prix might be unwise and, frankly, a waste of time. Theyâre probably just out of all three GPs, but I could be wrong on that. Not everyone can be Randy Post and travel so prolifically.

The following graph shows what to look for with upcoming artist selection. May 9â10 is a Limited GP in the USA, a fantastic opportunity for any Magic artist to attend, as itâs guaranteed to have high numbers of players. Paris and Shanghai will have a bunch but not as many as Limited events. Florence, being a Team Limited event, will have quite a few players, but Iâm fairly certain Italy, with its established player base, will swing for a Vintage artist or have someone with Vintage-level new and old card commissions. I think Chris Rahn, whoâs done Tinker and Blightsteel Colossus, would come to mind; also, add to that the fact that he was at the last Modern Masters event.

Modern Masters Grand Prix All Over the World Weekend

Las Vegas had Magic artists who were largely established, well-known names, with only a couple who were rising stars with iconic works. There were no non-Americans in the bunch, and there were four artists who illustrated for Alpha. 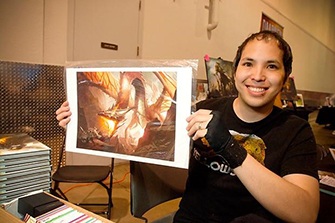 In order to keep a similar group of artists, some metrics could be known:

Most Grand Prix events in Japan, as evidenced by current data below, consist of American Magic artists who are known, established names and need no introduction. Oddly, very few artists in Japan, China, or nearby counties are invited. That seems very odd to me, but there could be a great need for artists who paint iconic Planeswalkers or key staples like Thoughtseize, in Lucas Gracianoâs case.

As Modern Masters will need more artists, I could see Chiba having a full six artists who would be amazing. To do so, a tournament organizer will need to save some money somehow, and choosing some local artists would allow them to swell artist count while saving money.

I would look into these people:

I know, I grabbed data from all over Europe, but as flights are so damn cheap, some trends emerge. Slawomir Maniak and Svetlin Velinov are like rk post and Steve Argyle of Americaâtheyâre everywhere! As access is so high, Iâd go for coverage. Think of artists who made a Planeswalker, did an Alpha piece, did a lot of commanders, is iconic in making lands, or the like. I would try to get a piece of all aspects of a Magic card and go from there!

I would ask these people: 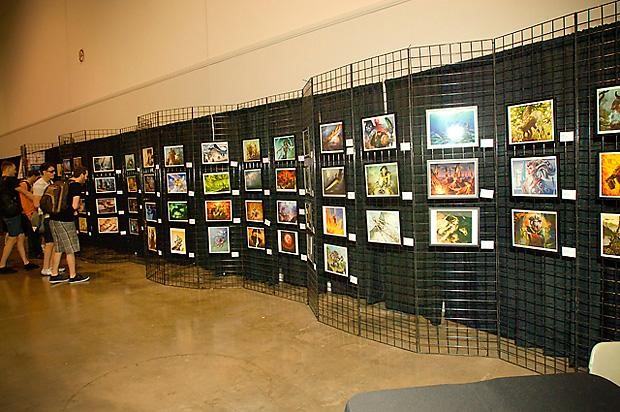 I am also offering up my services to do a real art exhibition at the Grand Prix. I will happily be a chief curator to a real art show, complete with original art on loan from collectors and artists across the world. Iâm not sure how it will all come together, but if Tim and Cascade needs someone to do so, Iâm more than willing.

Iâm not hard to get ahold of online. If thatâs something to be done again, Iâm all in.

I hope you could see some insight into choosing artists and look forward to seeing them in person. Send this to the tournament organizers. Make your requests known. Let them know you care and whom youâd like to see!