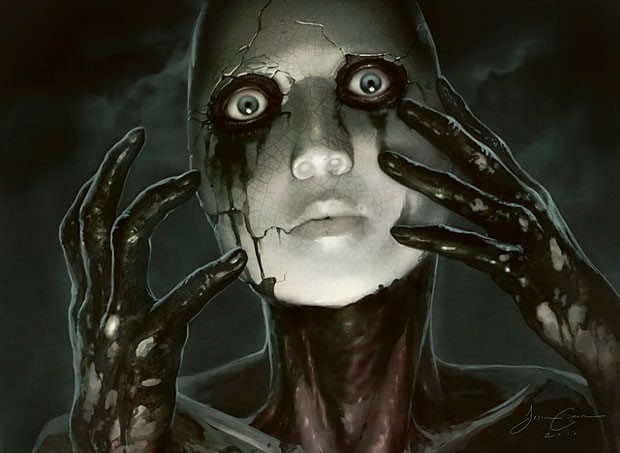 So today, Iâm outing myself as the thinnest-skinned, weakest-stomached black mage out there. I will never watch anything on YouTube involving slaughterhouses or two girls. Iâll admit Iâve never seen the Faces of Death film, and I never will. I do own the album by B.O.N.E. Enterpri$e (later Bone Thugs-N-Harmony), and itâs a truly awful relic from high school, rife with pubescent misogyny and homophobic slang, that makes me cringe when I hear it now.

Did any of you play Goldeneye back in the day?

My brother did, and he derived endless amusement from shooting Natalya (the rescue target) over and over while still in her jail cell. Sheâd flailingly fall down, and then get back up covered in really silly-looking blood splotches and continue on like nothing happened. I told my brother it was inappropriate and he needed to stop. He was twelve.

While I admittedly have a weak stomach when it comes to violence in media (especially visual), I can still appreciate the artistic merit of the dark, gruesome, dangerous, and horrific. The rich colors, contrasts, strong lines, and intense shadow common to âscaryâ art appeal to me, even if I canât directly look at cards like Sensory Deprivation. Thanks in large part to my awesome Twitter followers, here are some of the most killer images in Magic.

Phyrexian Unlife has that pretty/creepy anime thing going on. Contrast that with the almost kitschy, â70s bizarro feel of Mutilate. Though the poses of the (main) subjects are so similar, the arts emote so differently: loneliness versus insanity. The Fallen has a gritty feel that I loveâvery Heath Ledgerâs Joker.

Pete Venters is great at capturing the mood of a moment with strong characterizations, and this really comes through in Massacre. Mind Ravel equals grossâperiod. And while many Clerics look bland or downright silly, Soldevi Adnate is deadly serious about his melodramaâ.â.â.âas black should be.

I canât really look closely at Thought Scour or Sensory Deprivation (I want to get some sleep tonight), so Iâll talk about the dude with an arm coming out of the back of his head. Whatâs he holding? A Tweezerman? A periodontal probe? Either way, Iâm hiding on the top bunk. Heâs going to pluck my eyebrows, and Iâll die screamingâor heâll find all my cavities. And Iâll die screaming.

Macabre Waltz is dynamic, nauseating, and funny at the same time, which is fitting since it reminds me of Dancing With the Stars. Village Cannibals is too much fun because of the point of view. Egads, those cads found meâeven on the top bunk! Canât really look at Victim of Night because I want to eat dinner. So that is that. Donât see your favorite frighteningly great card here? Please post in comments! 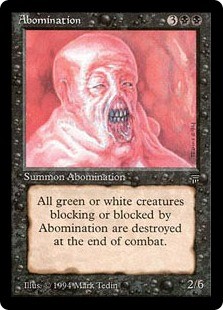 Speaking of faces of death, I found this little zombified gem over on Wizardsâs Ignite Your Spark contest site (you can win a trip to the PAX of your choice by submitting a âwalker selfie): Nathan Holt, host of Walking the Planes, makes one absolutely chilling undead minion.

There are some hilarious photos, ranging from serious cosplay action to dudes doing sexy online dating stares at point-blank range. Also: planeswalker cats, dogs, and Vorthoses submitting original characters. Browse the gallery if you have some downtime this week.

Though neither Nathan nor I knows if weâre actually eligible for this contest, we like to live on the edge.

@WalkThePlanes Let's! Tamiyo and Vraska are underrepresented. Maybe I should represent.

Now, over the weekend, Christine Sprankle debuted a Tamiyo, the Moon Sage cosplay at Grand Prix Oakland. So, Tomatoâs visibility has risen a bitâstill would like to see her in Ignite Your Spark. But I realized that Kiora Atua is also not represented much, so sheâs another option.

Iâd like to let my readers decide: Whose face of death should I put on to conquer the Multiverse? Ignite Your Spark entries are due September 4, so vote now, and Iâll cover my creation of your chosen âwalker costume in next weekâs article! 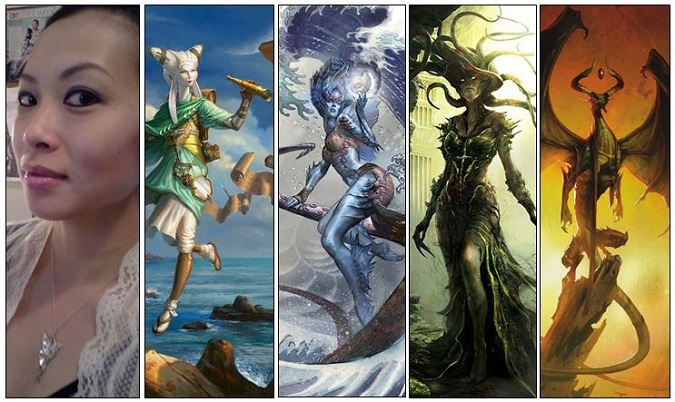 âTill next time, may Magic be your (paint) gunâcomplete with silencer, Natalya not included.