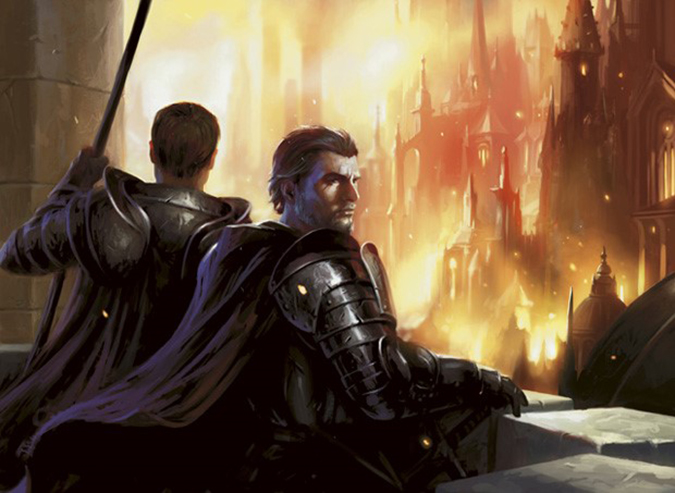 Welcome, flavor minions, to the final round of voting for a card design contest based on a fanfic and the shenanigans of one dirty old Wojek man. Hereâs the stuff of articles past (contest announcement, Wave 1, Wave 2) for the newbs. The denizens of Retribution in Ravnica are hot and bothered, and I hope you, are, too! There will be more contests, so follow along with the off-record exploits of Liliana, Ral, revived Venser, handsome Tajic and a flatulent Bolas if youâre not already. Soâ.â.â.âready? Grab your sunglasses of Urza, and surreptitiously slide your butt into the best seat in the hot tub (you know, the one right in front of the hottest Ãether jet) for the next step in our indie design journey.

HOT: Oldie but goodie in more ways than one.

One of the main reasons I started to write fanfic was to explore the unexplored in the world of Magic and especially Planeswalkers. I guess I hunger for a more intimate relationship with many of MTGâs interesting people and places. While Magic has grown and become slicker and more consistent in terms of look and branding, we havenât gotten any more personal. We donât know much about many of the new âWalkers and legendsâAshiok was begging to blow up as a personality and got basically zero promo support. Tamiyo? Whereâs her backstory?

Kiora and Ashiok actually arenât on the mothershipâs Planeswalker page. Well, neither is Dack Fayden, but I donât care. Fack that guy. Why does he get his own comic? He is like, literally, the worst thief ever. Also, Jared Leto called and wants his hairstyle back. 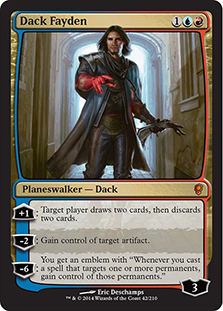 NOT: Donât touch me with that thing.

Kiora at least got some great one-liners in Journey, but story-wise, she, too, has only been developed as far as being a name and a cool-looking card (though Iâm hoping thatâll change with Jenna Hellandâs new novellas). Itâd be great to see more risks taken with the flagship characters that actually illuminate their personalities and donât just summarize what theyâve recently been doing.

Sometimes, it feels like we play it too safely with edgy, intimate stories in Magic. Look at Ahriâs LoL profile and Lilianaâs bio. Ahriâs blurb is pretty frank and explicitly mentions the seduction, the essence-eating, and the regret thing. While Liliâs is much more well-written, it is surprisingly vague. Can we mention her history with Jace? Can we mention she has killed hundreds of people while accumulating dozens of lovers? What about the tragic incident with damning her brotherâs soul? It should be all right to honestly celebrate the intriguing humanity of these Planeswalkers and not just their +/â abilities. 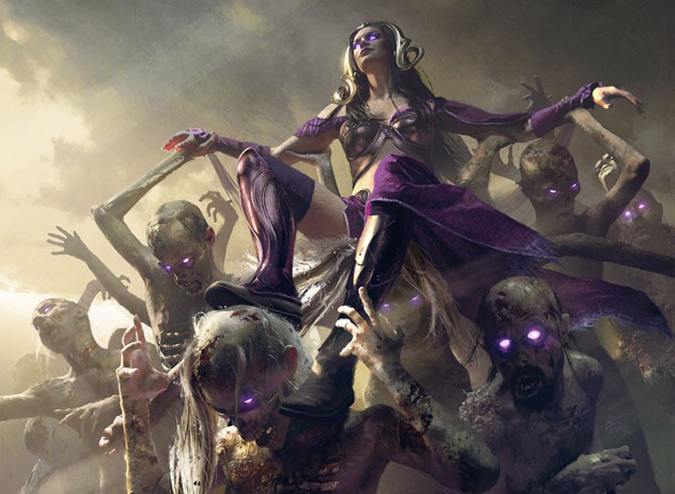 And with that, letâs let the card-design violence ensue! On to the Retribution in Ravnica KOS vs. KOS DEATH BATTLE!!! 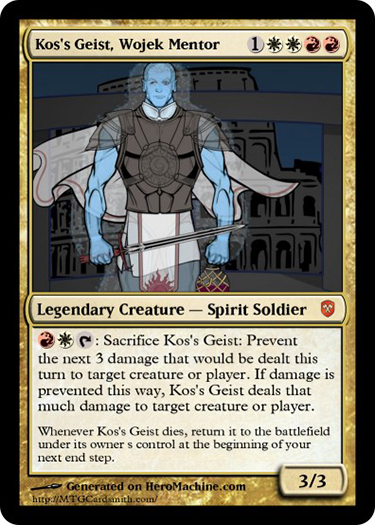 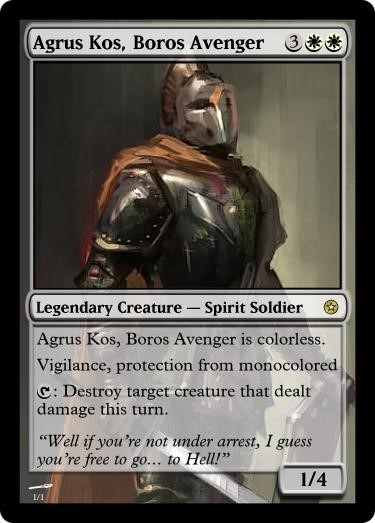 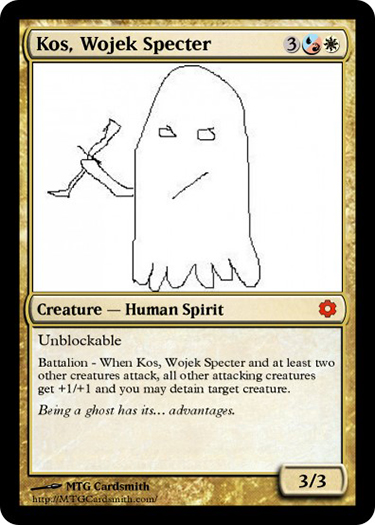 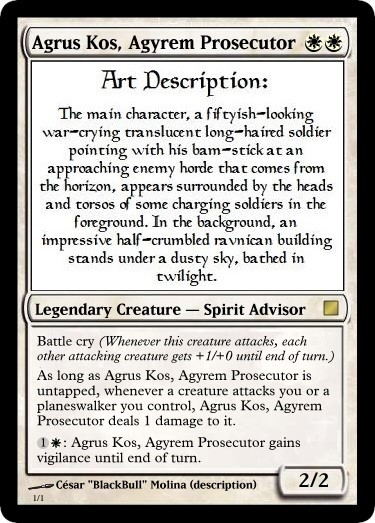 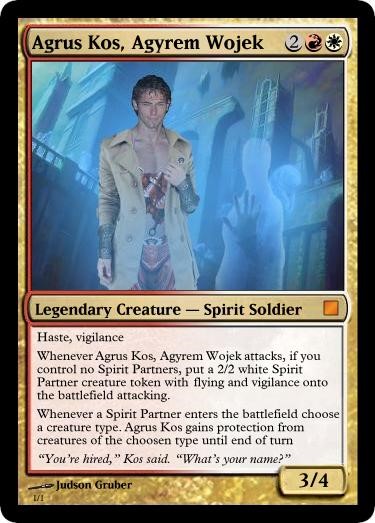 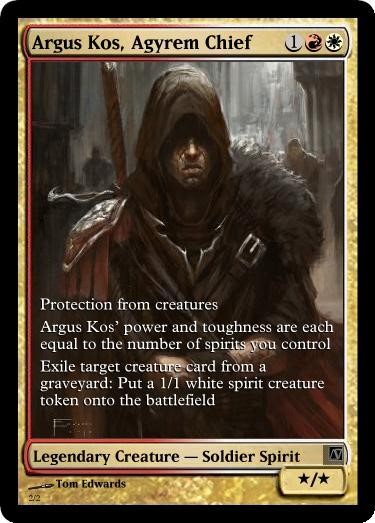 To brush up on the designersâ notes and read review comments from our expert panel, revisit the entries for our finalists in Wave 1 and Wave 2.

Till next time, get the vote out for your pick, and may Magic be your big, badass Boros charm.