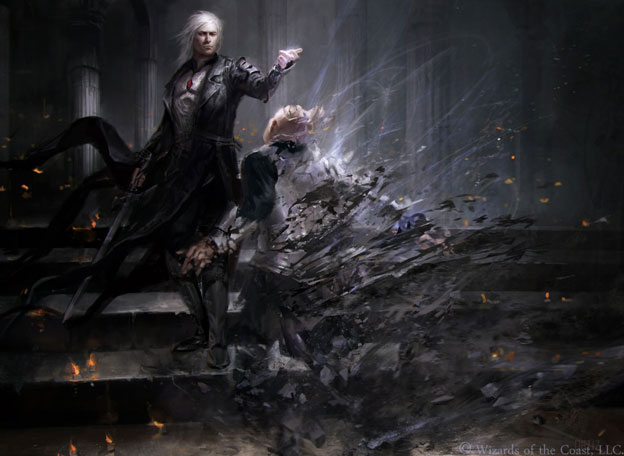 In performing arts, thereâs a lot to be said for playing to type. Youâre leveraging âwhat God gave youâ as it aligns with peopleâs expectations, which can be very effective. This is your creative bread-and-butter, the stuff that pays the bills. It might be awesomeâwhen peopleâs expectations also align with what personally makes you feel goodâor it might be unglamorous or in some cases, downright eye-roll-inducing. I remember reading Peter Dinklage (Tyrion Lannister) saying that for someone with his stats, acting was at times a redundant exercise in deciding whether to take the leprechaun role. Or not. Playing to type, you have Angelina Jolie in Original Sin or The Rock in Hercules. You can kill it, and people will love it, but youâre not surprising anyone.

Then thereâs playing against type. High risk, high reward. If it flops, youâll get trolled. But if you own it, you get an Oscar. This is The Rock auditioning for Willy Wonka and coming in second to none other than Johnny Depp. Yep. Would have been brilliant. I would actually have watched the Willy Wonka remake if it starred The Rock. This is Angelina Jolie in Saltâwhere she replaced Tom Cruise and they rewrote the script to accommodate a woman in the lead. This is Denzel Washington in Training Day. 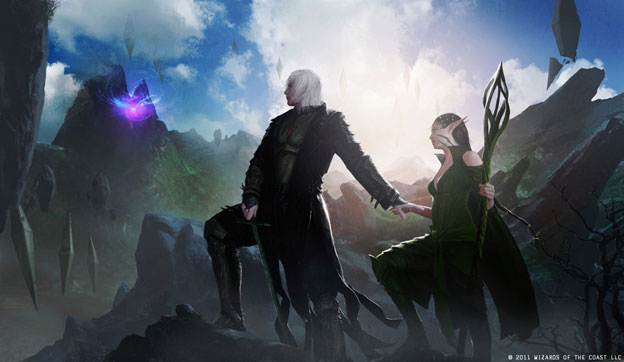 Duels of the Planeswalkers 2012 Load Screen 1 by Igor Kieryluk

Cosplay is a performing art, and most of the time, playing to type will not only save you work in recreating a look, but it also lends authenticity and adds bonus cool points. In other words, I would very much like to put my friend who is a size-four African-American model in my Noble Hierarch costume and photograph the result. Bam! A great thing about cosplay, though, is that while authenticity matters, attitude (and whether youâre having fun) matters more. So the generally-accepted standard is to treat race and body type as secondary to your love of the fandom and just do what makes you feel good.

And this is great because it frees cosplayers from expectations that might limit creativity. And sometimes, just as with acting, you get the most insane results from the unexpected. The best Garruk cosplay Iâve seen was worn by a woman whose body language said she was really about to leap out of the photo and kill me. A petite, toffee-skinned young lady rocked the most believable Elspeth on the Tumblr, her soldierâs gaze bravely concealing all the Phyrexian horrors sheâd seen while silently telling me she was ready to die for her ideals.

Above all, conviction matters, and today, Iâm happy to introduce you to cosplayer George Li and his real take on Sorin Markov. George used commissions to achieve his cosplay goals, and a few hundred dollars of plate mail and leather later, George had an Innistrad-ready look that prompted my husband to say, âThatâs the best Sorin Iâve ever seen.â My pal Russel described it as the perfect âpre-vampirism Sorinâ and, well, I just drooled a little. Enjoy the sanguine swagger. 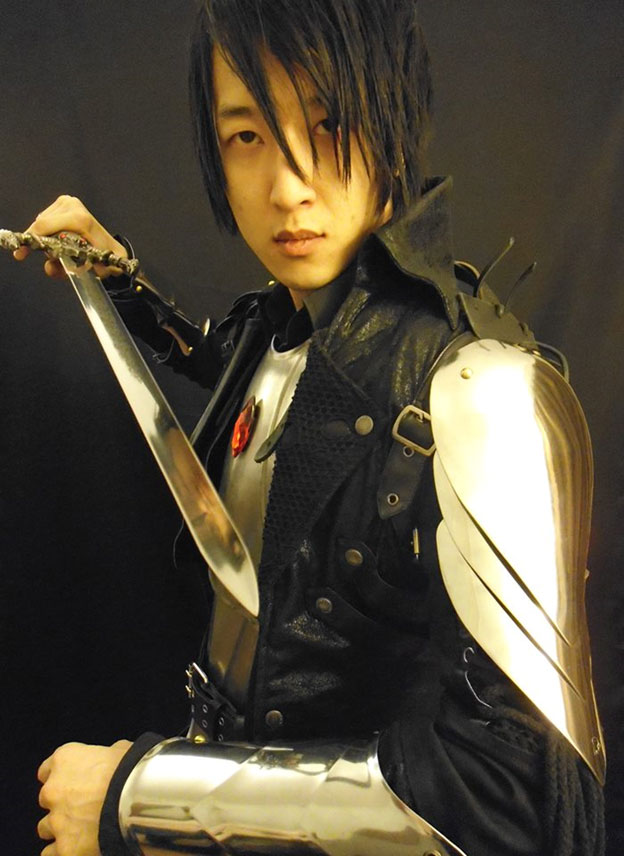 âHi, my name is George Li, and I am a cosplayer from Montreal, Canada.â Sure, Sorin, whatever you say.

1. Do you play Magic? If so, when did you get into it, and what decks and formats do you enjoy most?

I started playing Magic about ten years agoâit has been on and off for me because of schoolâin Legacy and Vintage formats. I love red decks. I use mono-red burn decks about ninety percent of the time; the other ten percent would be aggro decks (Red Deck Wins, Rakdos, and Boros).

I started playing Legacy and Vintage because these two formats have the fewest restrictions in card choices, so I can build and calibrate my decks to their best. Being a red player, I did better tournament-wise in Legacy than Vintage. The Power Nine didn't offer enough advantage to red decks compared to the other colors, so I played and enjoy the Legacy format the most.

After I was accepted to one of the best universities in Canada and then medical school, I had to stop playing Magic for four years. When I came back, I switched to Standard (Innistrad and Return to Ravnica). That was when I started playing multicolored decks like Rakdos, Boros, and sometimes even R/W/B. 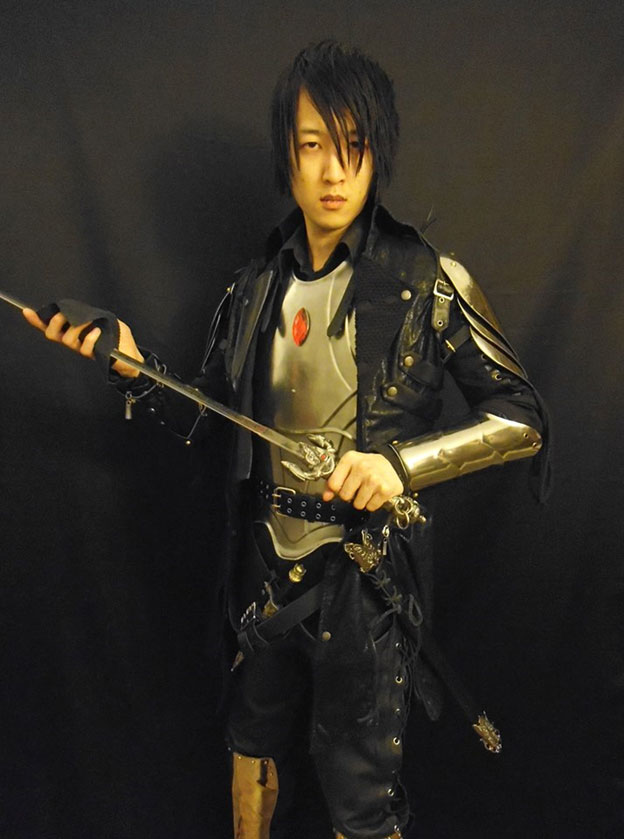 2. What drew you to cosplaying Sorin Markov?

It would be for his art and flavor. While I have never played Sorin Markov in my decks, I found his past and personality intriguing. He struck me as someone who would do anything to achieve greatness. I kind of identify with this ambition in my deck-building.

3. You look snazzy! Give us an overview of how you built the costume.

All armor and weapons are real. The sword can shave paper, and the steel armor is all gauge steel. All the armor was commissioned for medieval combat and aesthetic. Some armor pieces donât work without other pieces, and if I put the additional armor piece on, it looks less like Sorinâs outfit. So I had to modify the leather coat myself to suit his look. I have also modified the leather straps that hold the shoulder armor.

I used the strongest neodymium magnets to hold the steel armor securely to the leather coat and pants so it doesnât damage the coat; and at the same time, they can be taken off. At first, I didnât know how well magnets would hold the armor pieces to the leather, but once I tried those industrial N52 neodymium magnets, I sometimes even had trouble taking them off. 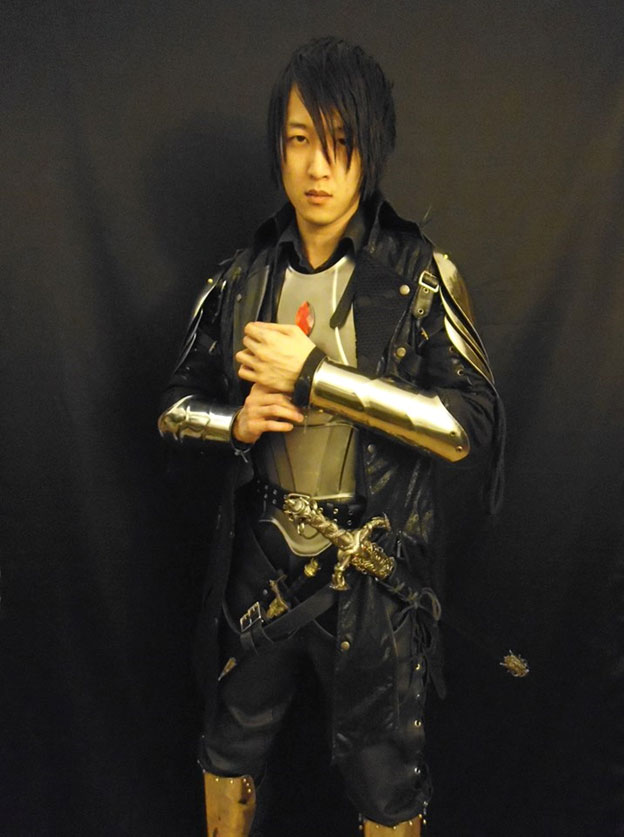 âI have seen planes leveled and all life rendered to dust. It brought no pleasure, even to a heart as dark as mine.â Sorin Markov cosplay by George Li.

4. What do you feel was the most successful about the costume?

I know about the thermoplastic materials most cosplayers use to make their own armor, but I like this costume because of its genuine battle-readiness. I think thatâs the most successful part of this costume. Many centuries ago, this costume would have been in a knightâs armory instead of in my closet. If our plane is ever invaded by werewolves, I know I can don this costume and be ready to go to battle!

5. What do you feel was the most challenging?

There is a learning curve and a set of proper procedures to wear real armor. If I put one leather strap before another, I wouldnât be able to put a certain armor piece on. If I put on a certain armor piece first, I wouldnât have enough flexibility to tie the strap. In medieval times, knights would have squires and servants to help them put on armor. Even though my armor is not a head-to-toe set, I still needed four hours to put on the entire cosplay during my first try. There was a lot of trial and error. The leather coat has to be worn over the heavy chest plate, but once I have the chest plate on, it is significantly harder to put the leather coat on. Despite all that, once everything is in its place, I can do a tornado spin kick in it! 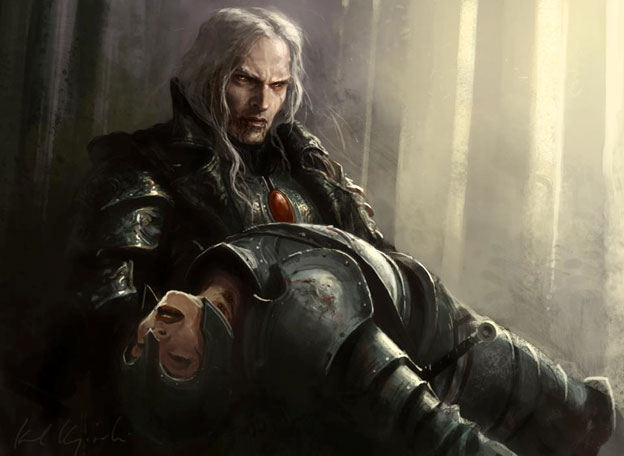 6. Do you have plans to do a post-vampirism version with the white hair and makeup, and are there other MTG characters in your cosplay future? Let us know what we can look forward to.

The entire costume cost hundreds of dollars. I spent about a year putting it together. Getting a white hair wig and makeup would be no problem financiallyâin fact, I was thinking about getting them for this cosplayâbut I like my cosplay for its realness, so I want to use my real hair style and look. Also, I think I look better this way, too! 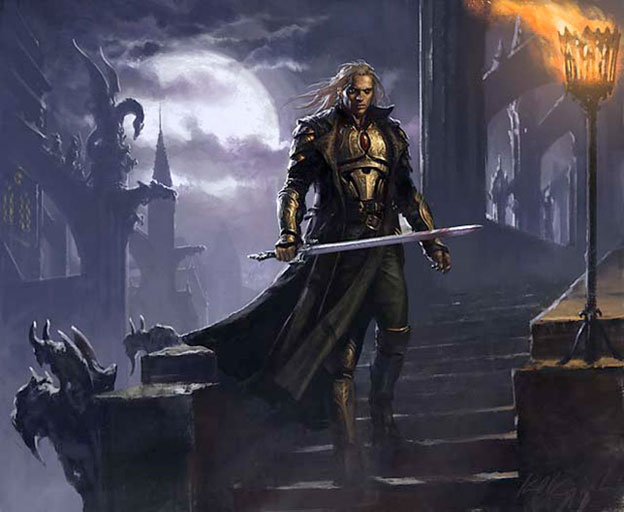 7. In terms of art and flavor, is there anything you'd like to see MTG do better? Anything you wish they'd explore?

In terms of art and flavor, I think MTG is doing very well. They have great writers and artists working for them. However, in card design, I would like to see new and better red cards to match blue cards in power level. Down with blue control decks!

8. What's your advice to people thinking about cosplaying, especially men, who might not be sure it's something they can pull off?

Men can definitely pull off good cosplays, but it might be harder to generate a substantial fan base. I have seen a nice male Jace cosplay recently, and I have seen many female Jace cosplayers in the past. Women can cosplay either gender and be popular, while the same cannot be said for men. So my advice for male cosplayers is to go for areas that are unique in cosplayâwear something that only you can pull off! If you are a bodybuilder, wear an entire steel suit of medieval armor! I donât think many cosplayers can pull that off. Just be genuine with yourself and your cosplay. 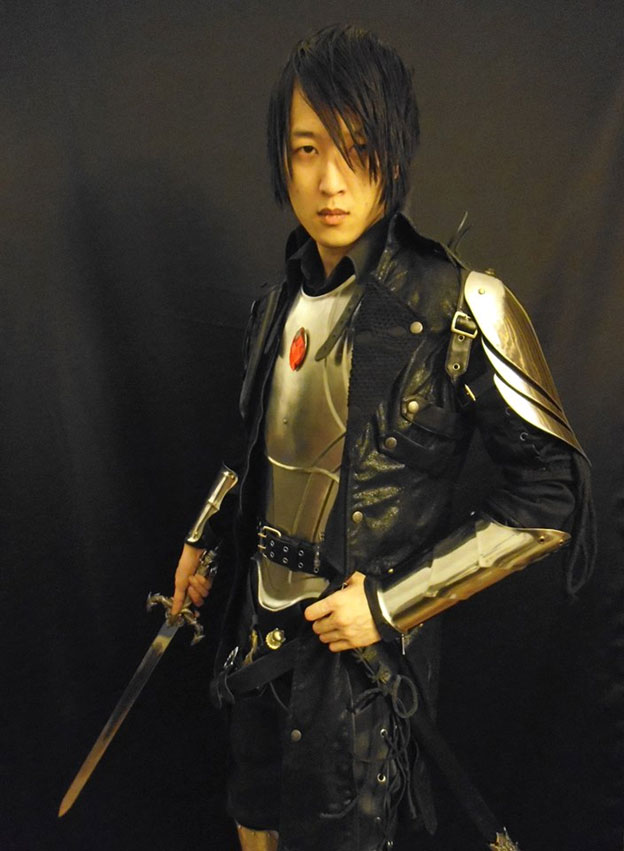 âAll your steel wonât protect you if your will is weak.â Sorin Markov cosplay by George Li.

9. Where can fans find you? (Social media, upcoming events, etc.)

You can find me at my Facebook page and my deviantART page.

10. If you could have one Magic ability, what would it be?

Time Walk! Thatâs how powerful blue cards are: Even dedicated red players love itâwhen not used against them, that is! Time is the most precious commodity. Gold, money, houses, sports carsâyou can get anything if you have sufficient time. Time is the only commodity that doesnât decrease in value. Burn decks aim at limiting the time your opponents have. An extra turn from Time Walk certainly messes things up! 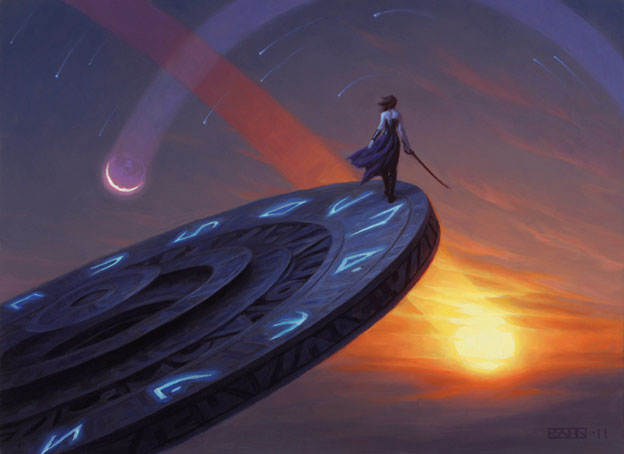 Fulfill your thirst for MTG cosplay by following me on Facebook or Tumblr and joining the Magic: The Gathering Cosplay group thatâs for players and fans alike.

Till next time, may Magic be your last line of defense during the zombie invasion.