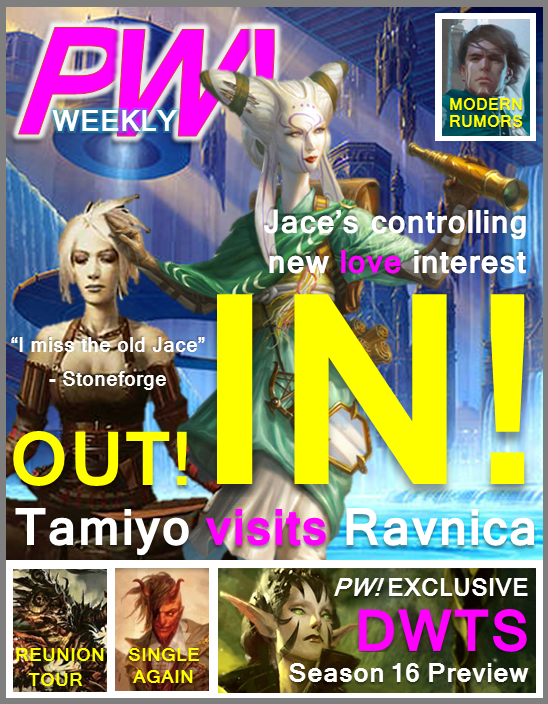 Jace Beleren (a.k.a. The Mind Sculptor, Memory Adept, and most recently Architect of Thought), the Multiverseâs most eligible bachelor ever since his very public breakup with death mage and socialite Liliana Vess, has found a new muse: Tamiyo, the Moon Sage.

Or perhaps we should say Tamiyo has found her new muse.

âMoonfolk are notoriously fast when it comes to relationships,â said noted historian Issar Roon. âNot only do their moods change drastically with every lunar shift, but they like to conquer and move on. Tamiyo will tap that _ _ _ like nobodyâs business. She makes those Merfolk guidettes from the Grixis Shore look like Angels.â 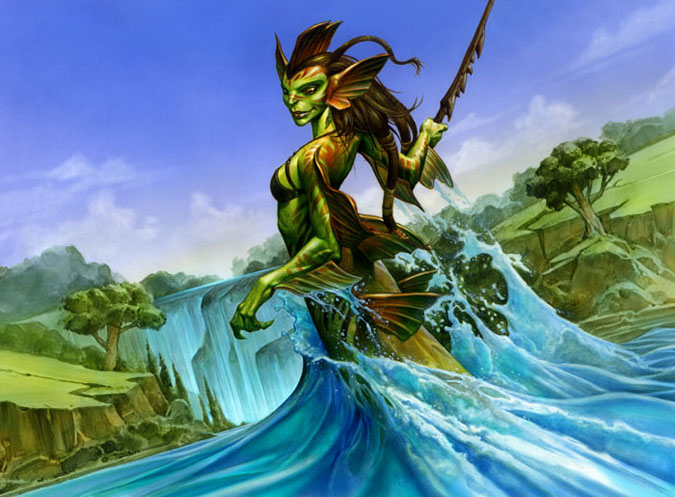 Vorthos writer MJ Scott was even more vicious in her attack:

@onionpixie LOL not surprised. Not to excuse the pronunciation, but she is the color of a condiment.

Some fashion bloggers have called out Tamiyoâs ensemble as âfresh-off-the-boat circa 1940.â

âItâs modern Tribal couture, rooted in a heritage of luxe, curvaceous fabric and a subtly feminine palette that is trademark Kamigawan.â She assured us thereâs more avant garde style to come. âI donât mind if my look is over some peopleâs heads. If you prefer, just keep showing midriff in last yearâs two-pieces like some other âwalkers we know.â 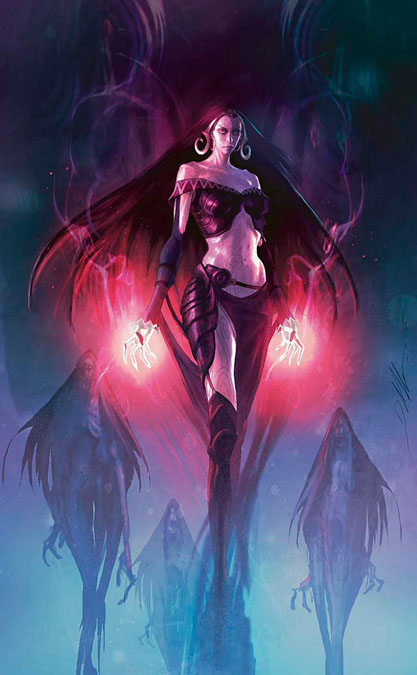 Upsides to her rise in popularity at least balance, if not outweigh, any negatives. Tamiyo has won the fall 2013 campaign for Burberry, no doubt as part of the leverage the company plans to use as it extends its reach in China. âShe has classic porcelain good looks, poise, and an ageless, youthful aura,â said a Burberry media spokesperson. âShe embodies the feeling we want our customers in Asiaâand around the worldâto have when they make a Burberry purchase.â 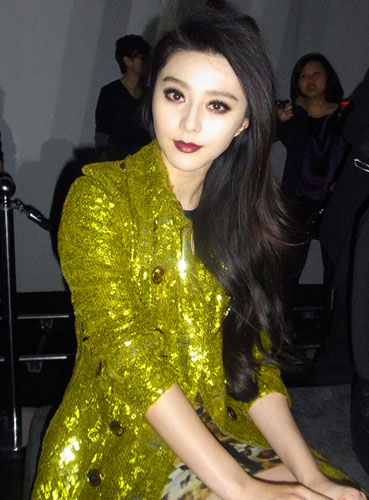 Fan Bingbing, popular actress in Asia, rocks a Burberry trench at an event.

âThis is the best time to be a Magic player. We get to see the new cards, figure out the new synergies, and look at all of the new amazing artânone more powerful or beautiful than Tamiyo, the Moon Sage. Today I will be talking about how amazing this planeswalker truly is as well as where you want to be playing herâ.â.â.ââ

The JaceâTamiyo union has created other fallout: specifically, the many broken hearts left in its wake within Team Jace.

âI mean, our relationship was strictly platonic. Weâre just friends,â said Gideon Jura, high-ranking white warlock in the controversial Order of Heliud. Jura rose to international celebrity as the âwalker who squired Jace all over the multiverse during the 2011 Caw-Blade heat wave.

âI do love himâI mean, like a brother,â Jura told GM during a brief interview conducted on the backs of Squadron Hawks spiriting Jura to a private meeting with Lando Calrissian to discuss a HeliudâCloud City tourism partnership. âItâs really hard toâ.â.â.âyou know, let that closenessâ.â.â.âthat battlefield fraternity, if you willâ.â.â.âjust dissipate. It does hurt.â 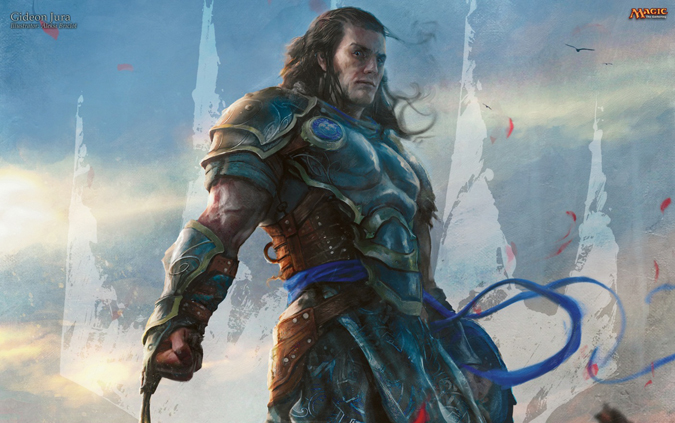 Jura, who recently auditioned for The Expendables II but lost the part to ex-MMA fighter-turned-actor Randy Couture, concluded the interview with, âBut weâre just friends.â 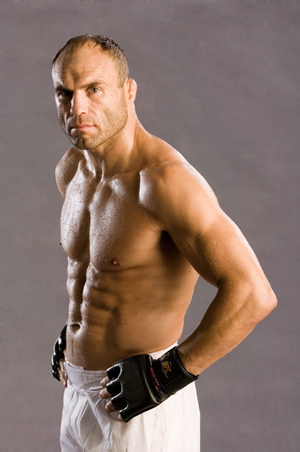 Between old bromances and the recent R/W/U miracles win by Todd Anderson at StarCityGames Open: Cinncinnati, the JaceâTamiyo union promises to bring the juice in fall 2012 for Spikes and Vorthoses alike.

âI think itâs adorable,â said Chandra Nalaar, who has battled Jace in the past. âI mean, âThe Mind Sculptorâ and âThe Moon Sageâ? Hello, same initials! Too cute. Whatever makes you happy, I say. To each her own.â 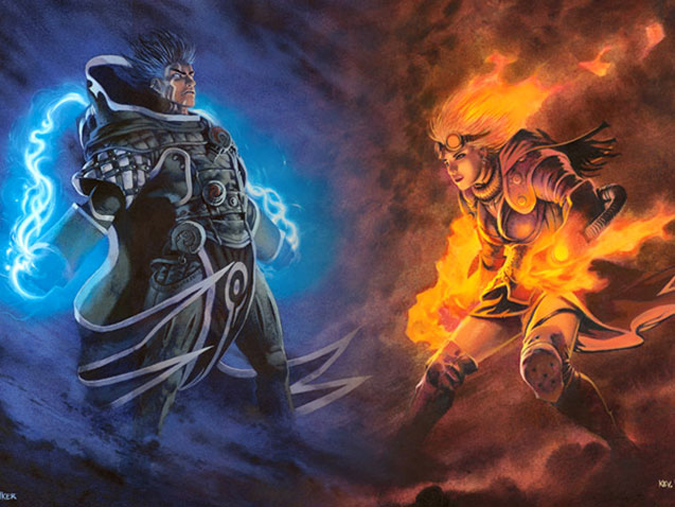 Nalaar and Belerenâs love scenes in âDuel Decks: Jace vs. Chandraâ were panned by critics for a lack of chemistry.

At press time, a horde of Gravecrawlers was creeping toward my office from Swamps that seemed to appear from nowhere around my house. I pushed âsend,â and I hope this article reaches Stybs in timeâ.â.â.â 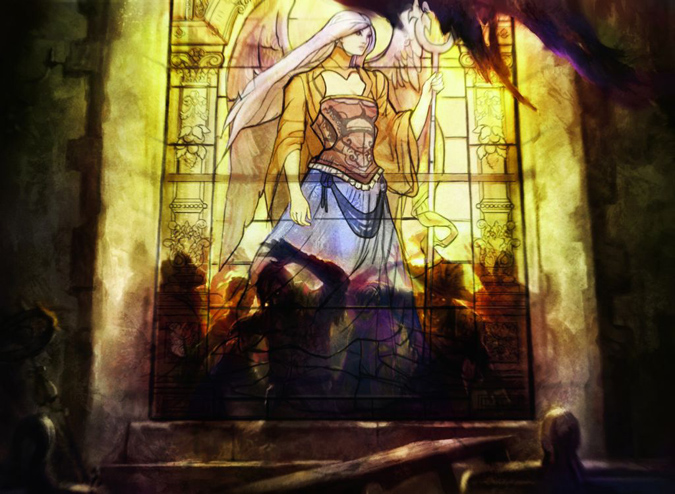 Till next time (if I have a next time), may Magic be your giant flame-throwing bazookaâdamn Zombies!

Anybody got some Pillars handy?