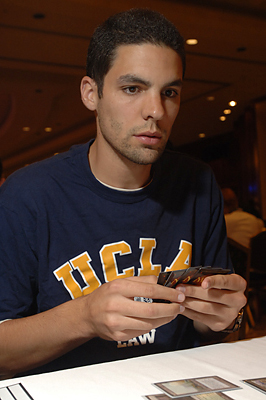 Matt Sperling, a pro Magic player, and a columnist for other Magic sites, today announced his new blog site MTGLampoon.com. The site has three comedic MTG articles up at the time of launch and will be updated irregularly in the future. He has previously written on his own blog, Sperling Grove.

The wrinkle to this story is that there is MagicLampoon.com which has been running for several years and continues to produce multiple humorous posts a week. The sites are unrelated and apparently Sperling created his site while unaware of the existence of the other.