I love me some good mailbags and tried to get some more personal ones as opposed to mostly Magic based questions. Let's dive in.

James McQuestion McCoury -- How much does personal fitness help with Magic at a tournament. Are you back in grappling?

I used to think it didn't matter since we saw people from all walks of health perform at Magic tournaments. However I've noticed some drop off from the years that I worked out and the years I don't. My mind is clearer and I don't get tired near as often when I'm in better shape. Just like with exams in school, you were always told to get enough rest and make sure you're hydrated and well fed. This still applies to Magic since you're using your brain. Magic is a marathon, not a sprint,It so taking care of yourself is both important and relevant.

I haven't gotten back into grappling just yet but hopefully after I move and settle in that's something I can look into.

Brian Basoco - Did you in fact Tonya Harding David Thomas?

If anyone is curious what this is about there was a famous incident in 1994 when Tonya Harding's ex husband hired someone to break Nancy Kerrigan's kneecap so Tonya would take her place in US Championships. Dave here had to get surgery on his foot and I stepped in to replace him at SCG Atlanta which I went on to win.

I'm not saying I did anything here. But I'm not going to say it's my fault someone was pouring oil where Dave was bouldering.

Domenick Suppa -- How do you deal with only being lucky at Chipotle? 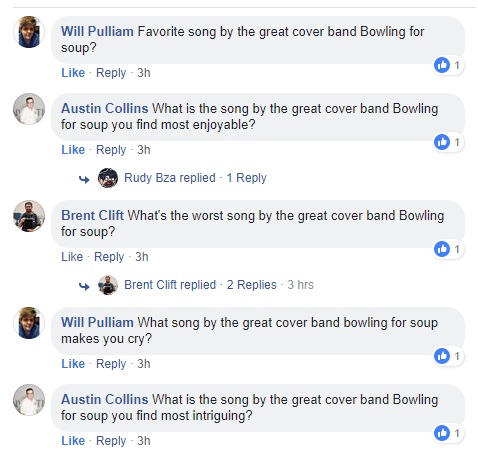 There's only one good answer to all of these fine questions. And that's this:

She never had it all.

One prozac a day

Her dreams went out the door

When she turned twenty four

Only been with one man

What happened to her plan?

1985 is one of the greatest cover songs by the hit cover band Bowling for Soup.

Patrick Simba -- Looking back at your time playing, what would you differently?

Had to get some Magic questions in eventually I guess.

I think I would use my time more effectively. I spend a lot of time trying to do cute or cool things and not moving on from them quick enough. Looking back at a lot of the decks I played, the biggest issue was I tried to do something different because I wanted to stand out or be cool. Instead of trying to just focus on my play skill I tried too hard to be techy and just "get my opponent". If I could re-buy and start Magic again, I would certainly spend more time testing and preparing for events.

Barry Chaffin -- What's your favorite hobby outside of Magic and are there any hobbies you've gotten into because of Magic?

I've went through a lot of hobbies ranging from martial arts to video games. My favorite hobby has been martial arts though. In college, it gave me a sense of purpose and belonging. I really enjoyed when I was training and often feel really amiss that I don't anymore. The only hobby I would consider getting into because of Magic is poker. I know quite a few good players and have a lot of great resources available to learn and it seems like something I could really get into and enjoy.

Both are pretty heinous. Probably pineapple though.

Ryan Hovis - What does it actually take to be a coach for Magic and why does everyone all of a sudden think they can do this?

I think this is actually a great question. Eric Rill recently wrote that he feels like just ANYONE could be a coach if you're reasonable at Magic since they are likely to make a correct play and could then explain that.

However that's not really enough. You need a different set of skills to teach and pass on your knowledge. While it's reasonable to consider that showing someone your line and defending it may teach something, more likely than not it's going to teach people to do things reflexively. Make plays that on the surface could be right instead of them understanding. It's as Tyler Nightingale always says "Game actions, game actions". Because that's what ends up happening here.

The goal of coaching is for someone to learn how to think about a game or match and not just learn correct plays. If you're looking to be a coach it's important to be able to ask questions that lead your coachee to finding the correct lines on their own. For example, recently Ben Ragan asked if I could watch him play Grixis Delver at a Classic in Baltimore so I took some time to write out my thoughts during his game then discussed them at length with him after every match. 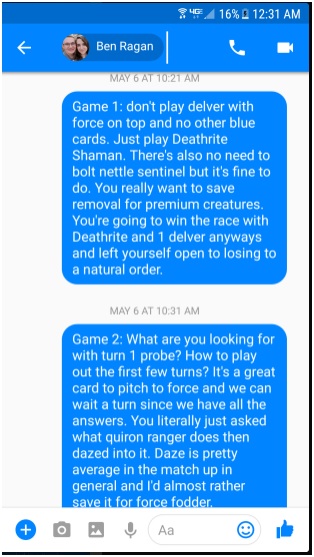 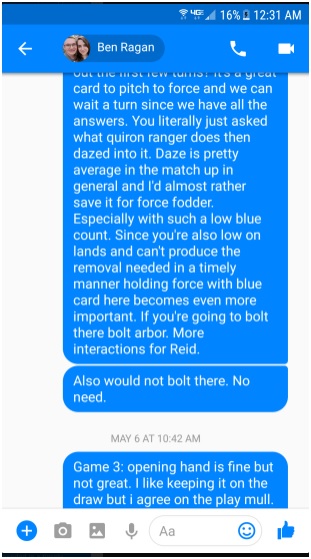 Everything I tried to talk about was how I'd play and why during the game and then afterwards we tried to discuss the theory and thought process behind some of this. I think this is a potential good way to coach and lead players into learning. Ben told me he was "above average happy" with how I coached here because my entire premise wasn't just "here's what I would do. Do as I would".

Kevin Jones -- Do you wish the haters/trolls weren't around? Or do they help motivate you?

This is an interesting question. On one side it's easy to want to break through the trash talk, insults, and constant bullying. On the other side it's easy to feel browbeaten and get down. At this point, it's certainly the latter half. At one point in time it was easier to deal with. It didn't happen with enough frequency that it was easy to manage. But at some point it breaks you down. Not being able to ask any questions or discuss any plays doesn't make me do anything but second guess myself. I once suggested a play to Mike Sigrist and was awaiting him to just attack me for it as I'm used to from most of the community. However he didn't and discussed with me the hows and whys of what happened. This was a stark departure from what the community norm is. But all I was prepared for was what I was used to.

This community is mostly toxic. I know I'm guilty of it too, but I've been working hard to break through it. The trolls and bullying don't motivate anyone. They just beat everyone down and create a community that's welcoming to someone like Jeremy Hambly.

So yeah, Kevin I'm at a point where I wish the haters and trolls weren't around. But we should call them what they are, bullies.