I like going fast and this is about Masters 25, the newest Magic: The Gathering all-reprinted set coming out soon.

There is something primal about running as fast as you can, as hard as you can, for as long as you can. Simply going as hard as you can has power to it. Exerting yourself has a painful side effect, but it's also the reason I liked sprinting in high school and college, and now playing infect deck-builds. In quick decks, one hiccup and your opponent loses. The more focused and prepared you are lowers the chance of mistakes for you, resulting in a greater win percentage. It makes the relevant ability today, and the preview card I'm to reveal, radically important:

This isn't a keyword but it does show up enough that even Pauper has choices to use. At the common rarity, we don't have many cheap ways to force a creature to be unable to block. WE can make things unblockable like Artful Dodge, but that doesn't help your whole squad of creatures. Sure, many auras like Pacifism exist, but in a faster format, those cards delay defeat and allow for more mistakes like playing too early or radically too late. I added some Red ones below to see how inefficient they are in their design space. You need to dictate the race to win the race.

Here's a quick look to target their best creature to be able to nullify defense with you.

Wait, that's not all of them.

And then there's this boy, as a point to consider when making pauper decks. Honestly, at common, most aren't great other than Goblin Heelcutter. One time usages aren't going to cut it, and paying three mana, like for Fearsome Temper, is just awful. Falter isn't too bad, though again, we need multiple usages.

I like the idea of Wave of Indifference, because it's so cheap to cast, but it's a one time useâ.â.â.â at sorcery speed.

Goblin Battle Jester fits the repeatable need, as does Intimidator Initiate, though both have a pretty big hoop to jump through, with the jester costing a whooping four mana, basically unplayable.

We can see a precedent to having Red creatures being better at lower rarities with this, "target creature can't block," from everyone's favorite Limited card to topdeck late game for the win. He's one cheaper than Goblin Heelcutter, except with a massive cost of exertion. If we were paying attention, we should've been looking at uncommons that could be downshifted and also help the Pauper format shake up its metagame. 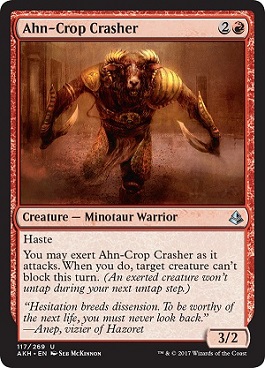 Today, I have new goblin, downshifted from uncommon to common, and it has an effect on Pauper that is undeniable. To see how it matters, let's look at a few decks.

We see the ability to blank a defender with Goblin Heelcutter as a full playset. It's pretty tight with an explosive Burning-Tree Emissary start. That Heelcutter looks to cost a hundred mana in comparison. 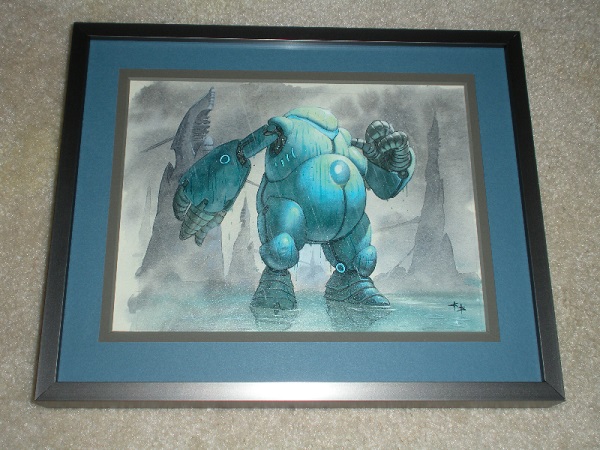 This one by AMirrorDarkly runs three copies to stop a 4/4 Myr Enforcer from being able to block anyone on your team. You won't be able to close out without an alpha strike Mutagenic Growth with three fewer creatures.

I personally like the new build by rocksteady using Fanatical Firebrand as both an early attacker and late game closeout with Goblin Fireslinger. This uses only two copies of Goblin Heelcutter, basically as a dash removal spell to a second 4/4 creature with the new Ixalan Goblin as backup damage. With Magmatic Chasm as a two copy finisher, the deck is lightning quick, with a tech advantage of Tarfire over another Fireblast that I definitely counted. We'll ignore the Goblin Grenade in the sideboard. It's fine.

Frenzied Goblin is my preview card and shaking up pauper goblins it surely will do. 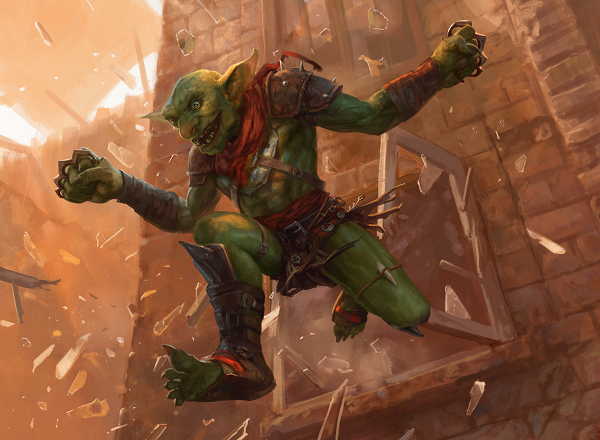 In every goblin build, you now can account for one mana a turn being used for blanking their best creature, but it also means faster starts, turn three pump spells and trickery in place for having two Red mana open.

With other downshifted goblins, I'd absolutely look at Massive Raid and Goblin War Strike as possible additions, considering by turn four, you hit for at least five damage on turn three. With turn four having potentially six goblins in play now, with one that can blank a blocker, you have three spare mana which can potentially end a game.

I wouldn't call Massive Raid or Dogpile good options, but they are options.

I know what you're thinking, a singleton Smoldering Spires is a terrible idea with only 18 lands. Hear me out, though. With the most expensive card costing three mana, and even that is a late game win with Goblin War Strike, that singleton allows two "can't block" clauses in a turn, and it can't be countered. Likewise, the surprise factor is immense.

The thing that can really sting is the Goblin War Strike being countered, because you're out of options to get through with your team, Fanatical Firebrand can't deal enough damage fast enough and you're stuck. This is also why I have a full playset of Pyroblast for that exact issue. 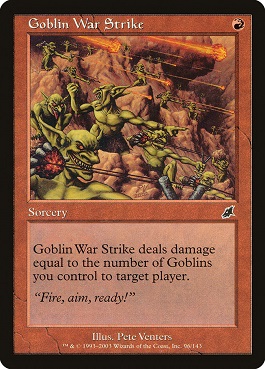 Enjoy making goblins tier one in Pauper folks! Take a deck-building afternoon, you just gained hours of new play-testing to enjoy on your favorite tribe of Magic.