Magic: The Gathering is a pretty well-known brandâ.â.â.âin the geek community. I'm not saying that as a bad thing; I proudly wave my geek flag every chance I get. It's just that I feel that there could be more done to get Magic out there as a positive influence. No, this isn't my âWomen in Magicâ piece in response to everyone's favorite Gizmodo journalist, but it does stem from that a little.

We live in a day and age where âgeekâ is supposed to mean cool. My companion on GatheringMagic, Mike Linnemann, explained why Magic hasnât been a crossover hit past the geek culture, so I wonât dive too deep into that pool. My brothers who are not gamers (except the Gears of War and Modern Warfare variety) know of World of Warcraft, which is a huge geek game. They know of Magic because I tried to convince them to play it, but it never stuck. The video games they play were once relegated to geeks like me.

But video games have broken out and are now a multibillion-dollar business, and it's to the point that everyone plays video games. I'm not saying that collectable card games are ever going to be anywhere near that in revenue, but if Hasbro keeps reporting that they're able to keep their other game divisions alive because of the banner years that Magic keeps pumping out, obviously there's a market. Just like with everything else, there's a reason for me wanting the brand to flourish:

I want people to play the game and to keep it running for a long time.

I want to show my unborn child how to play Magic, and if he/she wants to continue playing with the old man, I'd love to show him/her everything. (Yep, our new content manager Adam Styborski isn't the only one in the GatheringMagic family who's expecting.)

By having more people play Magic, you'll have more people to play against, more people buying the products, and more money for Wizards to do awesome things like the Premium Deck series (Graveborn will be the first one I'll pick up), and they'll take more chances giving us things we all like. Don't believe that Magic should be its own secret clubâask how the Decipher Star Wars and Lord of the Rings fans feel. Being too popular is never a bad thing. As with anything, you'll get people who are really into it (like me and any of the writers) and people with only a passing interest. Cast a wide net.

Television commercials are expensive, but I'm not asking them to run fifty during the Super Bowl (though that would be awesome). Whenever someone mentions a Magic commercial, they always think of Bob from accounting. And then ads like this. And you wonder why people look at card-flippers strangely. There is a common thread between the two commercials: They show the cards. Now, most of you are rolling your eyes and saying, âDuh, that's the product they're trying to sell.â

You're selling an experience.

Take a look at this ad.

It's fifteen seconds, but you're now hitting the type of ads that get people interested. It's not about the cards; it's about the strategy and how you can kick ass and take names by summoning creatures. It empowers the powerless. You might laugh at that, but there's a good portion of people who play Magic who are social outcasts. There's a reason why geek was and is a derogatory term; it's only now that the term is being taken back. People want to fit in and feel powerful, and Magic can (and does) give those people that outlet. For example, take a look at this ad.

Yes, it's a Modern Warfare ad that contains Avatar star Sam Worthington, awkward comedic funnyman Jonah Hill, and basketball superstar Dwight Howard (it's not like he's got anything going on at the moment), featuring a soundtrack by K.I.S.S. This commercial must have cost a fortune, but that's to be expected in a multibillion-dollar industry.

Pop quiz: What was that commercial selling?

If you think it was the game, you're wrong. How much of the game was actually in that commercial?

What it sold was: âSee how much fun you can have being a kickass soldier with you and your friends. And it's okay if you're a noob; you'll still have fun. You can take control of the situation and become embowered.â

Look at the tagline: There's a soldier in all of us.

That's right; it sold an experience.

By showing an action star, a comedian, and a basketball player, this demonstrated that anyone, no matter of what your day job is, can do this. But it wasn't the first time that the first-person shooter brand has done this.

You have the same formula. Anyone can play this game and have fun. Take NBA star Kobe Bryant, funnyman Jimmy Kimmel, and Jake Gyllenhaal, and put them together with a soundtrack and Rolling Stoneâs âGimme Shelter.â Itâs about the guns and the explosions, but also the awesomeness of it all. Take a look at this girlâs face: 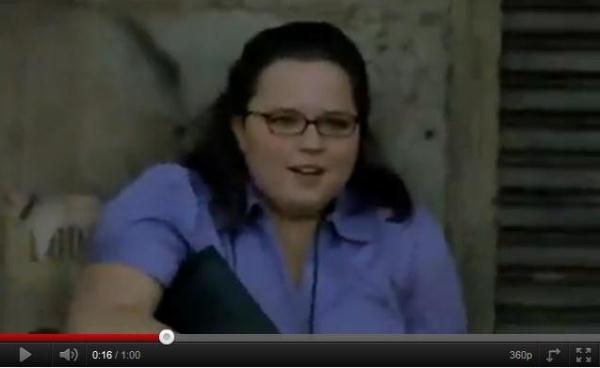 Here she is in the middle of a war-torn city with bullets flying all over the place, and she's pumping shotgun shells like there's no tomorrow. She is having the time of her life.

Magic can have those feelings.

Two things: First, âMind Heistâ (that Inception trailer music) makes pretty much anything awesome if edited correctly, and second, Magic is a different medium than video games. Youâre selling a different experience, and it has to be reflected in your brand. Throwing this out there makes Magic seem less awesome.

Unless you're trying to corner the market on people who like to watch other people like Magic cards (There's gotta be a Tumblr for that, right?), it displays what might be your average playgroup. Did you notice that in the video-game trailers, they don't have twelve-year-old boys shouting racist and sexist terms through their headphones? Because they're trying to sell the awesomenessânot what your experience might actually be.

But that's what a commercial is supposed to be. âHere's all the awesomeness that you can get by buying our product!â That doesn't capture everyone's attention; sometimes they want more. Here's one of my favorite commercials to demonstrate what world-building can create.

If you've played Halo, you can identify plenty of the mythos that fly across the screen. To me, it looks futuristic, and from my limited knowledge of that game, it looks like it fits in with what they've established. You've got the war between the aliens and the humans and what they must sacrifice to protect their way of life. Magic also has some world-building that they've done, and recently they've done a great job showing it off. This is awesome. It goes great with the M12 trailer for Duels of the Planeswalkers.

Both of these recent trailers do several things very well:

But Magic is so complex with its storyâ.â.â.âHow does anyone except for Vorthos make sense of it? By creating the planeswalkers, Wizards has done thatâgiven a way to tie stories together between planes. And the people who are passionate about the game clearly want it to catch on. They want to be able to make Magic be the cool thing.

Look out there on the Internet for videos about Magic. Do you like what you see out there? Because that's the brand that Magic has. Wizards can't (and shouldn't) control everything out there about Magic on the Internet and YouTube, but when a new player searches up Magic, he's (or she's) getting some mixed things. There's some great passion out there, but it's not to the point that people can and should get excited about what Magic is and what it could be. They're bombarded by people showing off their huge collections and people burning their original dual lands because they're âsatanic.â It's a mixed bag of what Magic kinda is.

Not all hope is lost. I present to you this ad for what seems to be a game store called FiveColorMana that unfortunately has no Web presence. Here, they're selling an experience by using the cards to tell the story.

This is how Magic should be sold.

And if this small gaming store can do it, I'm sure that Wizards can do it as well. It's much different than having a girl lick a promo Angel.