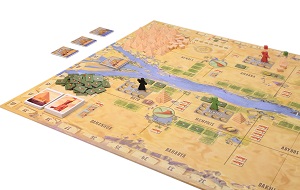 Welcome to the shifting sands of your Egyptian Empire! The land is fertile, fed by the waters of the Nile, and will produce a bountiful harvest should you give the word. You can build your legacy stone by stone until towering pyramids rest before you. These masterful feats of engineering will stand the test of time, but you'll have to build them first!

In Amun-Re, players take on the mantle of Egyptian royalty as they divide up the land in auctions. Gain control of a province and send farmers to work it so that you will have the resources necessary to build it up and leave your mark for kingdoms to come. Can you outbid your rivals and build a Kingdom that will stand the test of time? This is Amun-Re! 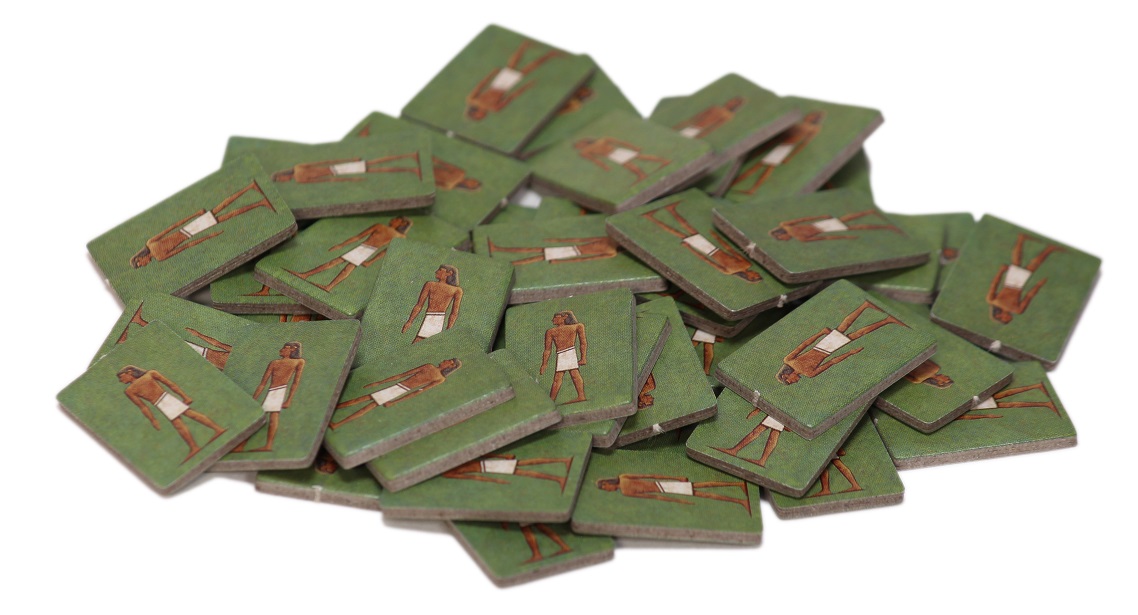 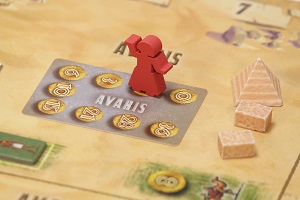 The core of Amun-Re involves auctions in which players will attempt to outbid each other for control of various provinces. The player that bids the most will gain control of a province and they will reap any of the rewards or options it entails. The provinces a player controls dictate how much money they can receive, how many favors they can buy, and ultimately how their strategy will play out.

There are two parts to a game of Amun-Re: the Old Kingdom and the New Kingdom. As the game moves from the Old Kingdom to the new, everything players have built up will crumble away, leaving only pyramids behind to mark the achievements of past kingdoms. Players must build a legacy that will last if they wish to come out on top in the end! 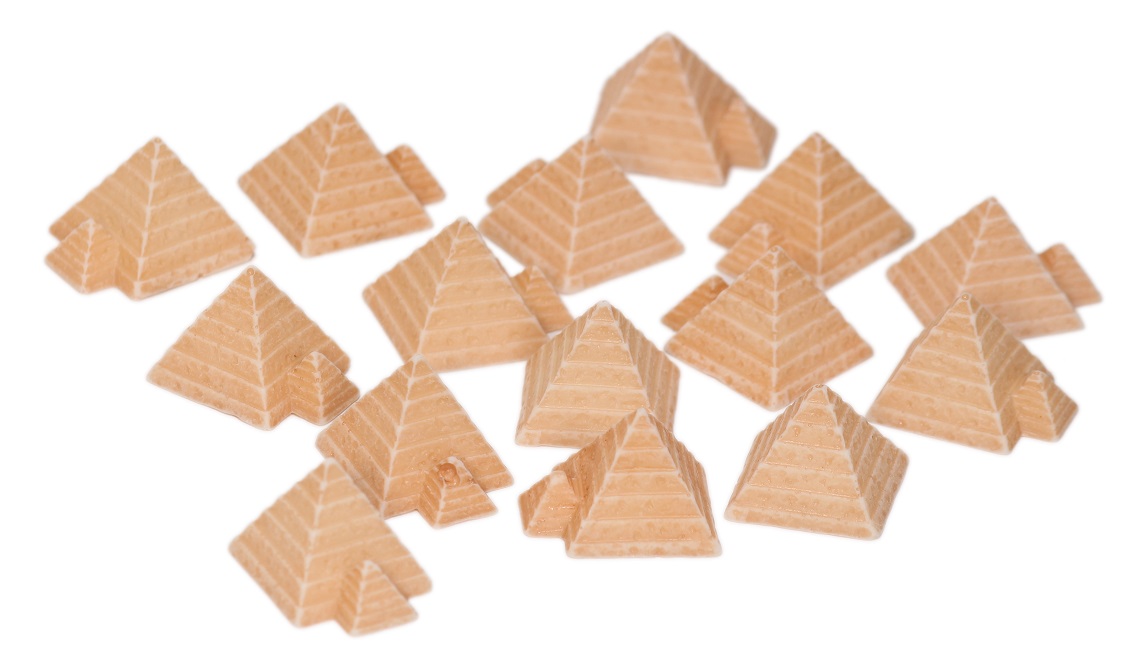 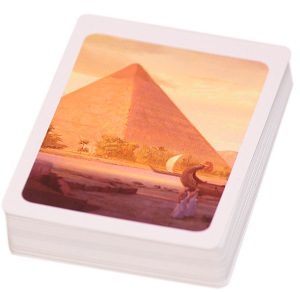 Build up your Resources!

In order to build their legacy, players will need resources. Money is power in the world of Amun-Re as it allows players to hire farmers to work their land and produce more money on which to build an empire.

Players will need to spend money to hire farmers that will work their land. For each farmer on a province, the player controlling that province will receive an amount of money as dictated by the offerings made to Amun-Re. Some provinces will produce a set amount of money regardless of the number of farmers on it, so players must plan carefully if they wish to have a steady flow of capital.

One way players can spend their hard-earned money is by buying stones to build pyramids. Pyramids built in provinces will provide bonuses to the player controlling the province. As the game shifts to its second phase, the only thing that will remain from the Old Kingdom will be the pyramids that were built previously. Provinces with pyramids will be more valuable than ever as players auction for control of provinces once again.

Another option available for players to spend money on is favor cards. Players may buy a number of favor cards as dictated by the symbols in a province they control. These cards can be used for a variety of effects, from cheaper pyramids to free farmers.

Players will have an option to make offerings to Amun-Re at the end of every round. The total collective offerings will dictate how high Amun-Re will raise the waters of the Nile and subsequently how much money the provinces will produce. Manage the offering level to best complement your strategy and keep Amun-Re appeased!

The player who can best navigate the intricacy of the auctions and build a lasting legacy will come out on top! Test your ability to rule and pick up a copy of Amun-Re today!