Tell Your Own Star Wars Story! 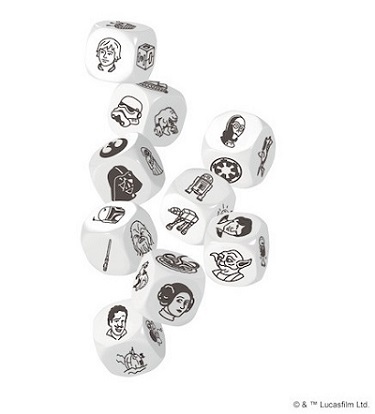 Imagine watching your favorite Star Wars adventure but it ends on a cliff- hanger or wanting to add your own twist into the epic Saga. Star Wars: Rory's Story Cubes now gives you the power of the dark (or light!) side to extend and create your own stories set in the Star Wars galaxy. Roll the nine dice, look at the images, and fly into hyperspace, crafting your very own adventures. Will Obi-Wan Kenobi defeat Darth Vader this time around? Could you and your friends be the only ones to bring balance to the Force? This is for the Star Wars fans who want to show off their Star Wars knowledge by creating the zaniest and craziest storylines set on any planet, all the way to the Outer Rim.

Get ready to tell new stories from a long time ago in a galaxy far, far away with Rory's Story Cubes: Star Wars, which features the well-known characters, vehicles, and objects from the Star Wars films. 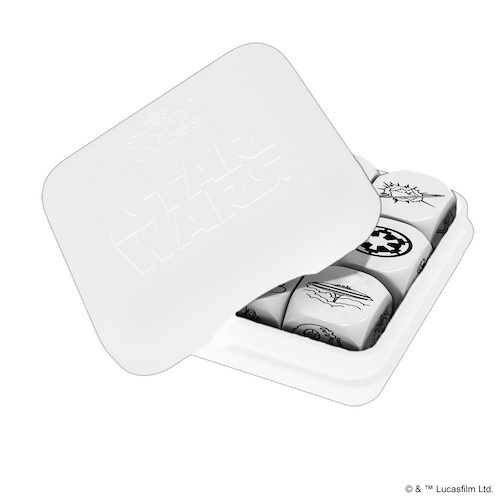 Stretch your creative muscles and have some fun creating your own Star Wars stories with Rory's Story Cubes: Star Wars. Order your copy today!