In a surprise announcement on his blog, Mark Rosewater answered two of the biggest questions players have peppered Wizards with as attention turns to the upcoming set Battle for Zendikar: Full art basic lands are returning, but the Zendikar enemy-colored fetch lands are not. 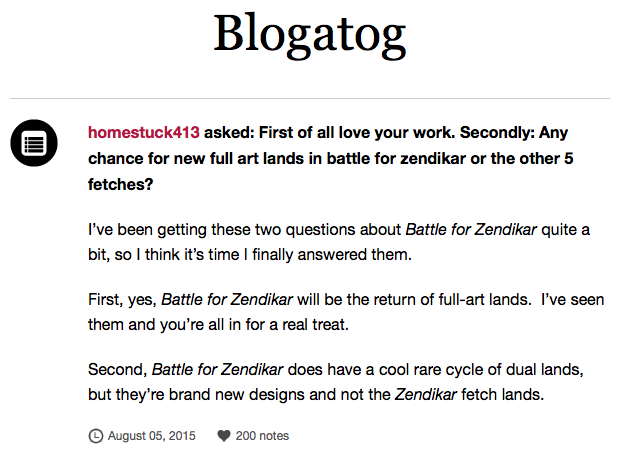 However with a new cycle of rare lands coming speculation has turned to the long-desired enemy-colored manlands to complete the cycle originally printed in Worldwake.

Fetches are not in Battle for Zendi as the rare cycle? It has to be enemy man-lands then, right?