Of all the tribes of Innistrad, the last one I expected to be excited about was spirits. But thereâs never been a better time in Modern to get to know ghosts.

The Moorlands have grown hushed of late. Spell Queller counters everything* in Modern, even the uncounterable like Abrupt Decay. And thanks to the spiritâs new friends, Mausoleum Wanderer, Rattlechains, and Selfless Spirit, the Queller is nearly unkillable.

Later in this article, Iâll post alternative U/W Spirits lists, but Iâve only ever been interested in casting Collected Company as a Counterspell. Adding Green grants the power and speed the tribe needs to compete in Modern. You see, I prefer my Geist of Saint Traft on turn two.

Geist of Saint Traft was good enough for Thalia, and the spirit is good enough for me. I will tap out for an early one, but the deckâs main goal is to play everything at instant speed. The opponent will be forced into deadly guessing games, most of which will end up with their spell Quelled.

Lock your foes in a haunted mansion of uncertainty. They wonât be certain what spirit will leap out at them at flash speed, or what instant spell will startle them. Or, maybe theyâre just scared by the creaking floorboards of a Gavony Township activation.

Once I have my opponent spooked, I can close out the game quickly with tribal damage. Mausoleum Wanderer is the Wild Nacatl of Cursecatcherâs, and the spirit can be as good as a Spell Pierce when summoned off Collected Company.

The deck plays more singletons in part because I havenât had the time to tweeze out the optimal choices, and also because the plurality of cards makes it all the harder for the opponent to guess what Iâll cast or spring out of a Collected Company. The ability to search for creatures with the Green instant makes singleton creatures extra scary.

For that reason, the sideboard is full of hateful spirits. The Eidolon of Rhetoric shuts down combo decks, even those with creatures such as Elves. The Kami of False Hope might seem like a mysterious choice, but so far itâs been giving me the critical turn to win a creature race. Think of it as the tap-all-creatures half in a Cryptic Command, though, in this case, the command is Green and called Collected Company. This deck aspires to play it on turn three. The fact the kami can come into play at instant speed makes it particularly terrifying. If an Infect player goes all in, a flash Kami of False Hope feels very true to name.

Singleton spells canât be found off Collected Company, but I canât deny their power. Except for Essence Flux, thatâs clearly a weak card. However, I did often wish to be able to protect my spirits for cheap, or reset a Spell Queller that had to enter play without countering anything, or blink of Geist of Saint Traft so he can live to call more angels down from the skies.

For those who want a deck with fewer birds and more geists, Iâll present two Green-free versions of the deck. First, observe the flickering candles in that seemingly deserted cathedral. A cathar on MtGSalvation pointed the way to this deck.

If those auras are giving you the chills, donât worry. Yes, theyâre fringe, but they can grant the evasion needed to Geist of Saint Traft or stop an aggro player from ransacking our haunted cellar. And in those other times, the auras are discard fodder to Disrupting Shoal.

Disrupting Shoal acts as a Force of Will effect that enables the deck to maintain tempo against faster strategies. Another possibility to offset our slower curve can be found in AEther Vial. Geistmages would approve of this version.

I admit, the Bygone Bishop might be more Standard speed than Modern. He could be exorcised from the deck in favor of more Lingering Souls. Iâm more optimistic about the Dungeon Geists. Normally, a creature that costs more than 2 mana must pass the Lightning Bolt test. But in a deck filled with ways to protect spirits, that rule doesnât hold much weight.

Phantasmal Image is a feel-bad when you canât cast it instant speed with Rattlechains in play, but AEther Vial does the trick. That means more Spell Queller. More! Until your opponent is calling for the Ghostbusters. 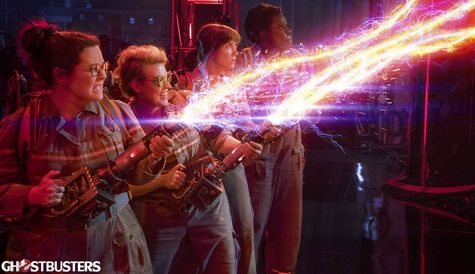 *: Spell Queller counters most everything in Modern except Chord of Calling and Tronâs win conditions. My sideboard plan for Tron is Stony Silence and Selfless Spirit, but I havenât had time yet to test that matchup. Any suggestions? And what spirit strategy are you most thrilled to try?