Today it was announced that starting with Ixalan there would be several changes to Magic's In-Store Play offerings. The most drastic change is the removal of Promo Cards from Friday Night Magic in favor of Promo Double Sided Tokens.

The removal of Promo Cards from the long running program is somewhat of a surprise. The provided reason for the change was the strong reception from the Double Sided Zombie token from Eldritch Moon but there was no mention of any specific issue with the long-standing prize. The announcement also said that rather than operating prizes on a month-to-month basis, Promos will be associated with set releases. The first series of tokens will align with Ixalan and be available between October 6, 2017 and January 19, 2018, after which the series will turn over to Rivals of Ixalan.

Game Day is also getting an overhaul in this update. The offering is transitioning to a Store Championship and will come at the end of a set's season rather than the start. The prizes will include promo cards for participants, and exclusive deck boxes and playmats. The Ixalan Store Championships will be on December 30 and December 31 and offer promos showcasing Rivals of Ixalan

Standard Showdown events are getting a boost to their booster prizes. Starting with Ixalan the prize boosters will feature premium foil Lands. These lands will either be editions with highly sought art or completely new offerings. The first series feature art from Rebecca Guay. 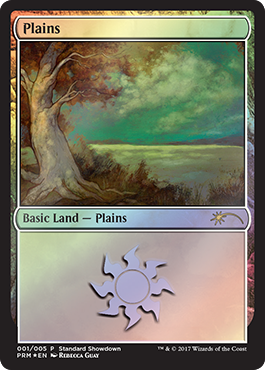 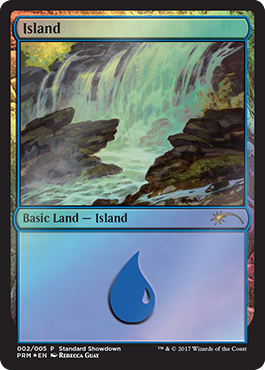 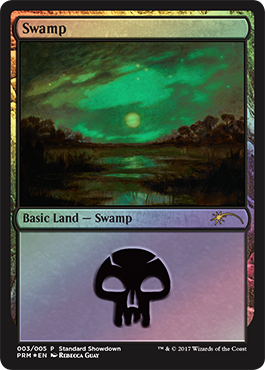 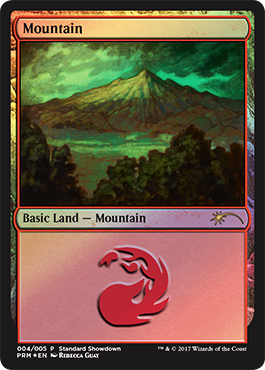 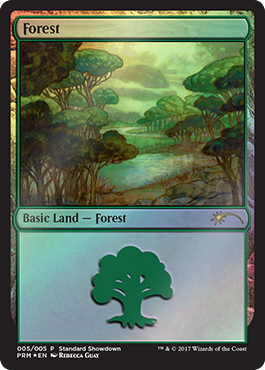 The announcement also detailed other local game store offerings such as league play - which will be getting its own Promo card starting with Ixalan - and the Open House - featuring a full art land from Ixalan a week before the Prerelease. But without a doubt the biggest element of this change is the change to Friday Night Magic. Will this change make you more or less likely to attend your local game store on a Friday evening?

Updated July 17: Today the Daily Magic Update took some time to better explain these changes. Blake Rasmussen used the platform to explain the changes were made to provide a better path from casual to serious tournament play. The change in the promo cards for Friday Night Magic was done to prevent the tournament from becoming a place where veterans would play solely for the alternate art. You can read the full explanation here, under the first bullet point.