One of the things I love most about Magic is that it puts me in another world. Even if youâre not a card-carrying Vorthos, I bet youâve experienced the joy of escapism into the Multiverse a time or two.

Have you ever been organizing your cards and thought, âInstead of organizing by color and type, Iâll organize by expansion set or by planeâ? Or, while building a deck, have you ever thought, âThis deck will be filled with the best Vampires in Magic, but not the Zendikar Vampires because they were more nomadic and wild than the refined vampires of Innistradâ? Or maybe youâve thought something like, âIt sucks that I canât build a true Jedit Commander deck because the two versions of his cards are different colors!â

If youâve ever thought anything even remotely like these statements, you know what I mean. This is the call of the Multiverse to your imagination. The doorway to another world standing open, waiting for you to jump through.

This doesnât happen so much when Iâm actually playing a game. During a game, I focus on the mechanics of the cards, the rules, the moves other players are making, and all the other normal pieces of gameplay. I also try to focus on the people Iâm with and whatever other conversations we might be having.

But being a Magic player has a lot of alone time, too. Thatâs when the Multiverse really beckons. Magic players have alone time while building decks, organizing their collections, reading blogs, and stopping at the stores to dig for singles. These times are as much a part of being a Magic player as the actual games, and theyâre the times when weâre not often as engaged with other peopleâthe time when the fiction of Magic really comes alive.

Confession: I love these times! As a father, husband, full-time worker, and generally busy person, I donât have much alone time. Donât get me wrong, I love people. But Iâm predisposed to a little solitude when I can find it. Itâs during these moments when I slip into the stories that make up the Multiverse. When Iâm digging through the bins looking for spare foils or meticulously organizing my collection, I find myself reading flavor text, studying art, and generally appreciating the worlds that Wizards of the Coast creates.

Like many Vorthosians before me, Iâve read Magic novels. I started with Alara Unbroken shortly after I learned to play. (I thought multicolored cards were so cool back then. I just had to read the book about a multicolored plane.) That led me to Zendikar: In the Teeth of Akoum, Agents of Artifice, and Scars of Mirrodin: The Quest for Karn. Along the way, Iâve read a good number of Jenna Hellandâs and Doug Beyerâs blog posts, too. Each one helps me appreciate the planes of the Multiverse more.

The Independent recently reported that reading a novel will boost your brain function for days. So, you read a little bit of Hemingway on Thursday night, head to Friday Night Magic the next day, and take home a few extra wins. (Okay, maybe the brain boost wonât be that obvious, but the boosting is still there nonetheless.)

The Huffington Post, the Guardian, and other sites have also reported on the benefits the brain receives from reading fiction. Though there is some disagreement about whether you should be reading literary or pop fiction, the message is the same: Reading fiction works gives your brain a workout. In a game with numerous formats, complex metagames, and countless blogs, videos, and podcasts to assimilate, a little extra brain power is definitely welcome. 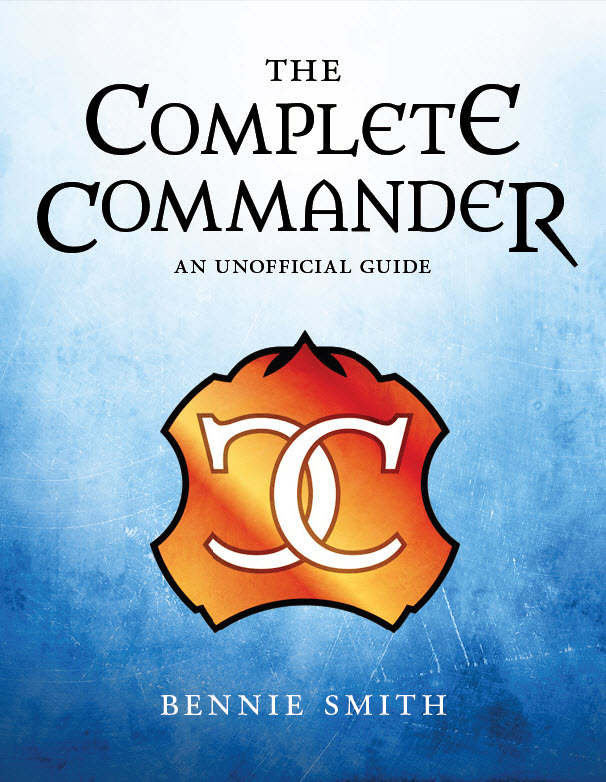 On January 31, a new eBook is released by Bennie Smith from StarCityGames. The Complete Commander: An Unofficial Guide contains a Library of Alexandriaâs worth of new Magic short stories for your reading pleasure. Seven new short stories from the Multiverse are interspersed around Bennieâs brilliant breakdown of the Commander format. Each story was written by an MTG content creator youâve probably read before on Gathering Magic or one of the other MTG fan sites. Fiction writers include:

I think I can speak on behalf of all of these writers when I say I hope our stories inspire you to greater Magic fandom, more fun during games, and even increased brain activity. (Wouldnât that be so cool?)

The following excerpt is from John Dale Beetyâs aptly-titled story âCommand Tower.â The scene opens with a Planeswalker talking with his landlord, Uncle Jack, about a âgoatâ problem.

âYou gave me magic goats and you donât even know how they work.â

âOf course I do. They eat what I tell them to eat. I summon them, I use them for a third of a day at most, and then I send them back. Youâre the one who wanted to keep them.â

âUnh-unh. You canât pin this on me, kid. You shouldâve known better than to give me a girl magic goat and a boy magic goat.â

I looked out the window again. âOne was a girl?â

I closed my eyes. âSo youâre telling me that the Lithatog and the Thaumatog were reproductively compatible enough to make a bunch of baby atogs.â

âYep.â Uncle Jack folded his arms. âFix it. Send them all back.â

âIt doesnât work that way, Uncle.â I shrugged. âI can send the Lithatog and the Thaumatog home, but those babies? This right here is home.â

âYeah? Well, theyâre eatinâ their home.â Uncle Jack pulled a scope from his desk. âTake a look down there.â

I retrieved the scope and peered through it. What Iâd assumed were just rough patches on the ground were craters with tooth-marks.

âUh-ohâs right.â Uncle Jack took the scope back. âI was calcufigurinâ their growth rates when you showed up. I give it two days before they start eatinâ the Command Tower.â

âLetâs see.â I steepled my fingers and thought for a moment. âI could summon a Carrion Feeder. Eats creaturesââ

âItâs simple for me to summon and really efficient.â

âUgh, fine.â I wondered for an instant what it would be like to summon Uncle Jack as a creature. One blue mana and one green, at least, and he would be legendary. Maybe some Planeswalkerâs commander.

âWhat if it only ate atogs?â

âJust let me summon one more atog and I can fix your problem.â

âAll right. Let me go down to my alcoveâ.â.â.ââ

Download The Complete Commander to read the full story.