We will start with two Vorthos questions: 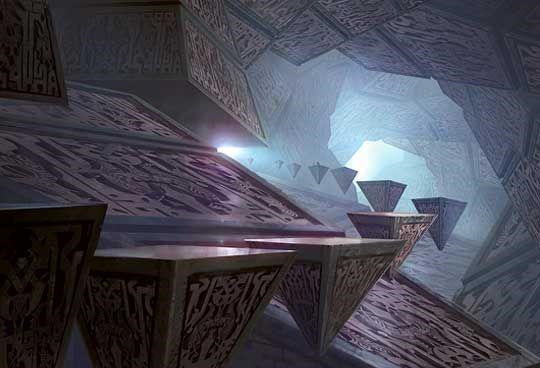 We know that the Eldrazi were imprisoned by a network of hedrons, massive stones carved by Nahiri (with Uginâs guidance). A card named Eldrazi Temple that helps you cast Eldrazi should not be plastered with something so representative of their imprisonment. Where is the disconnect occurring?

Let's start at their visual origins:

One of his (Richard Whitters) early drawings, meant more to show inaccessible architecture than anything else, featured a central diamond shape, perhaps as some sort of gravity-hub. At some point these diamond shapes started creeping into multiple concepts. We all liked the way they implied some sort of earlier, almost forgotten civilization, but without directly quoting any sort of actual Earth culture. They were visually so fun and versatile that we dubbed them "hedrons," embraced them as a key visual element of this world, and even wrote them a shout-out in the setting's story. 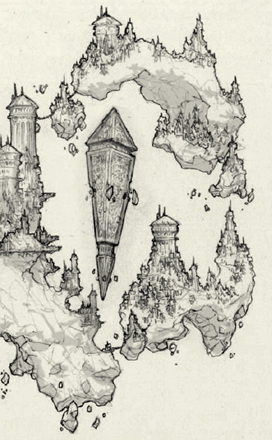 A key element of both world and story, the hedron structures, started as nothing more than a curious art insert.

On the story side, we were given a world scattered with the ruins of an ancient civilization. These ruins were implied to be both the hedrons and literal ruin sites of Emeria, Helix of Zof, Tal Terig, and others. Looking at the flavor text on Zof Shade, we can notice something particularly strange.

Centuries after they were imprisoned, the Eldrazi titans tried to break free. It was successful in the sense that their lineages were able to devastate much of Zendikar, enslave the vampires, and create their own form of civilization through what are now ruin sites and hedrons. In the book, Sorin and Anowon explain that the runes inscribed on the hedrons are written in âancient Eldrazi,â a language the Titans and lineages forgot in the thousands of years since their short reign of terror. If you knew that, give yourself a pat on the back, and then forget it all. Itâs wrong. 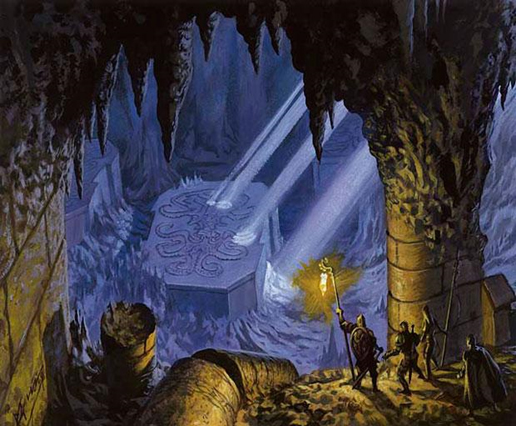 In the years following, hedrons were definitively told to be an imprisoning creation of Nahiri, the Lithomancer, pulling a good chunk of relevance away from the first rise as an event. Stirring from Slumber by James Wyatt officially shifted the event from 5,000 to 1,000 years ago and showed a modified version of the event where only the lineages broke free and only Nahiri repaired the network. Regardless, the old lore was locked into cards like Dreamstone Hedron, Consume the Meek, and Eldrazi Temple which showed the hedrons as both Eldrazi tools and culture. Elements like the hedron superstructures, seen in Rise of the Eldrazi arts and set symbol, remain in a limbo, neither justified nor disproven by new story details.

Why were these changes made? Similar to the mechanical themes on setting return, only the most popular and resonant parts of the worldbuilding and history, like hedrons, animated lands, and Eldrazi, will be preserved. Jeremy Jarvis explained this best in the Zendikar Worldbuilding Panel at PAX Prime:

When details fail to be picked up by players, they are subject to revision. The few fans who dug deep for connections, studied the art, and knew that the Eldrazi rose once before Rise of the Eldrazi and built a civilization are the exceptions. Their work does not go unappreciated, but the truth stands: Changes to lore should result in better stories, characters, and environments for the greatest number of fans. In this case, the story team turned inconsistencies across the novel, web comics, articles, and cards into the single most cohesive history explaining the hedrons and Zendikar. 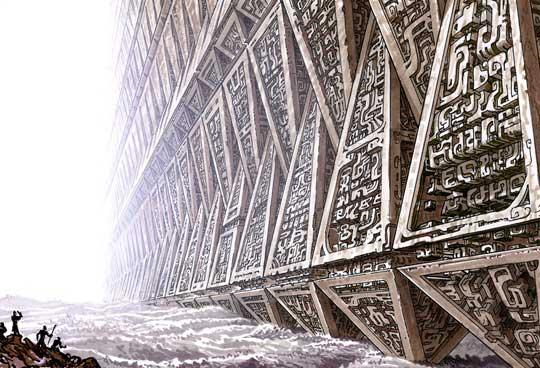 The hedrons were artifacts created by Nahiri to imprison the Eldrazi titans. The hedron network structure and runes were supplied by Ugin, the latter being noticeably similar to those on his mane. If we can trust In the Teeth of Akoum, Sorin had the ability to strengthen the supporting magic of the hedron network and did so somewhat routinely with his allies.

Collective efforts made by mages like Kendrin of the Lighthouse at Sea Gate have allowed outsiders like Jace to access a bevy of information regarding both hedrons and the puzzle of the leylines. Similarly, Ob Nixilis has accumulated comparable knowledge by studying the hedrons during his term of imprisonment on Zendikar (and additionally having one lodged in his forehead), though whether this information helped further Ob's path to reignition is yet to be told.

The hedrons are tools for the Zendikari to fight against the Eldrazi. The Zendikari plan, as hinted at in The Believerâs Pilgrimage by Doug Beyer, is to extinguish the Eldrazi using the hedron network. Cards like Stasis Snare show this plan in action, though the hedronsâ continually diverse utility does persist as a theme from the first Zendikar visit. Zadaâs hedron collection seems to amplify the conductivity of her alliesâ spells while a similar hedron holds a hidden trove of knowledge in the hands of Jace. Before Gideon rode a hedron in front of Ulamog, a trained merfolk wizard was accomplishing the same on a thin shard. 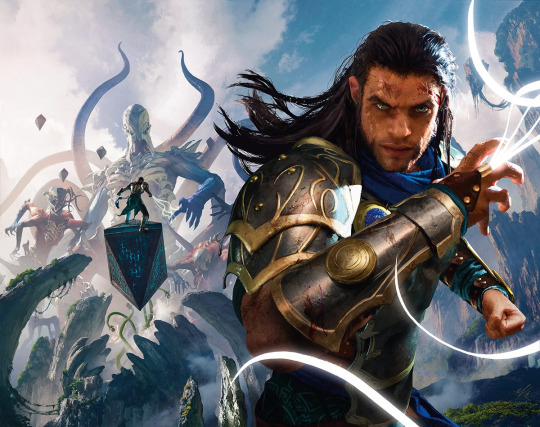 While the changes to the history of hedrons is finally set in stone, their legacy continues to grow. The pillars of the New Era will largely prevent changes of this scale in the future with the story teamâs promises of relevance and alignment in storytelling. Between Oath of the Gatewatch and Jace planning for mysterious âlocations of import,â Iâll happily speculate that hedrons have a lot more in store for Magicâs storytelling future. Hope you enjoyed learning, and happy planeswalking!