The Purifying Fire is restricted.

Test of Metal is banned.

Magicâs canon, the officially recognized story and lore, has had its fair share of rough patches.

From poor writing to a cancelled novel, a lot happened early on in the last decade of story. Some of it appeared as simply lack of communication while other elements had been retconned within months of release. The story played it loose for a while after the Mending and it was evident to those who had been paying attention at the time. Whether Venser appeared ageless despite having spent decades on Dominaria or the hedrons on Zendikar were suddenly added to the Eldrazi containment spell, errors arose in a variety of places and it felt jarring.

But thatâs all in the past. 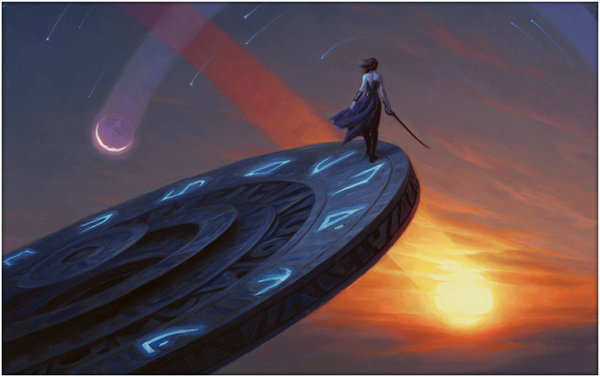 The story of Magic has settled into a groove with the New Era of Storytelling and while that groove is admittedly new and different, it is also a lot cleaner and further planned out than it ever has been in the past (they have a movie to set up for, you know?). There are goals, there are years of future stories in mind, and most importantly there are payoffs for the loose ends that are created. But sometimes progress comes at a cost, and for now that cost is cutting away some story that doesnât quite fit.

From its publishing in 2009 until Magic Origins in 2015, The Purifying Fire remained the largest defining story for Chandraâs character.

We were introduced to the defiant pyromancer Planeswalker that desired the secrets behind the Dragon Scroll and despised the Order of Heliud, an authoritative group who were rapidly encroaching the land surrounding her adoptive home of Keral Keep. Combined, these two passions ran her into Gideon Jura, a Planeswalker soldier for the Order of Heliud who was tasked with detaining Chandra. 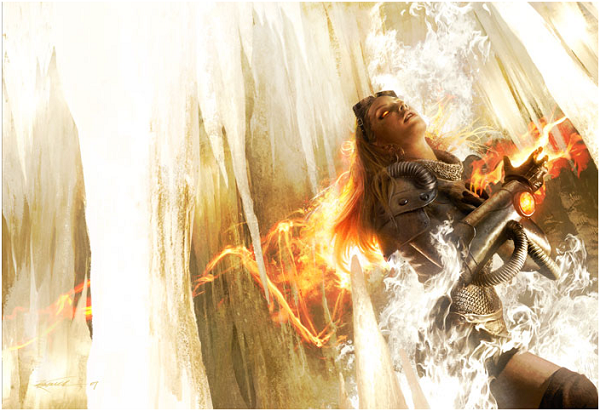 Many chapters and adventures later, she is finally imprisoned by the Order and sentenced to enter the Purifying Fire, a flame of White mana that would sever her manabonds upon itâs judgement. Prior to her punishment, Gideon talks with Chandra and she reveals her origins, including the death of her parents, her siblings, and all the guilt which she still held from that fateful event. Having forgiven herself, she is able to enter the Purifying Fire and exits the flame unchanged. She then proceeds with her vengeance on Walbert and the Order, collapsing the cavern where the Purifying Fire was housed and the temple built above.

So why is The Purifying Fire now restricted?

Let me begin by saying that we know that the majority of events in the novel remain as canon. When Gideon and Jace stop by Regatha in Offers to the Fire, Chandra reminds Gideon that he knows her history on Regatha and the sacrifices she has made. In The Worlds of Magic Origins, the Creative team acknowledges the Order of Heliud and Gideonâs participation. Both acknowledge that the story happened.

What has been contradicted is both Chandraâs origins and Gideon unlocking that tragic backstory. In Fire Logic, we find out that she has no siblings and that the events generally went down differently than she had recalled in The Purifying Fire. In Homesick, Gideon reveals that Chandra had spoke ânot a wordâ of her homeplane origins to him. All in all, these two revisions only blur a few pages of the novel, though it does cause her self-reflection and forgiveness prior to entering the Purifying Fire to be that much more independent. In removing the fewest offending details, Gideon still plays a guiding role in the discussion, but the origin details are simply never revealed to Gideon are unnecessary for Chandraâs resolution. 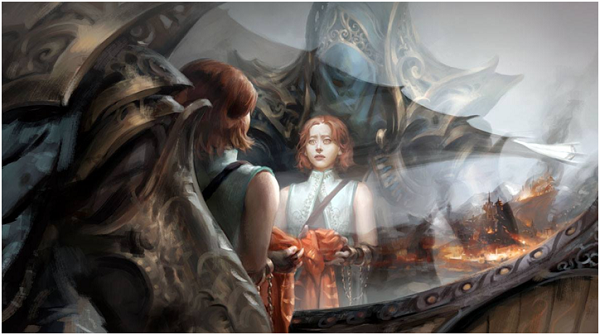 What this change effectively does is favor minor removal over confusing substitution. The novel still reads well and plays an important, recognized part in Gideon and Chandraâs history, but the change allows for the Gatewatch to collectively recognize the Consulateâs past atrocities in a far more accessible outlet, the Magic Story column.

For these reasons, The Purifying Fire is restricted.

From its publishing in 2010, Test of Metal has been regarded as an anomaly in Magic canon.

What did this novel do? Bolas exclaimed that the human corpse he gnawed on tasted like âgoat ballsâ, insisted on calling Tezzeret âTezzie,â and Tezzeret admitted to having routinely worn illusions of clothes instead of real clothes. Thatâs only in the first few chapters. The following are a list of highlights from the remainder of the novel:

How many of these details blatantly disregard or simply break the established Multiverse? Quite a few.

How many of these threads have been acknowledged in published stories since? None. 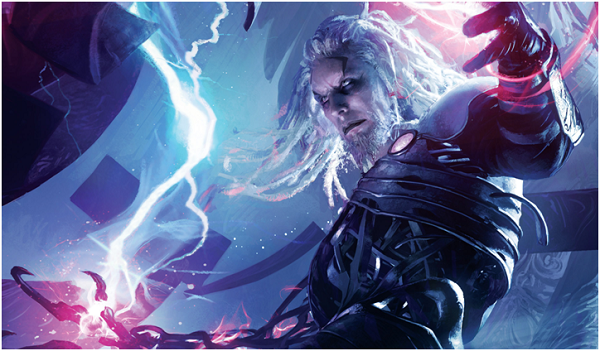 Where Test of Metal truly succeeded was creating a novel-length non sequitur for story fans. It has humor, vulgarity, and phrases that were never been seen in a Magic novel before or since. It continually fails to read as anything resembling a Magic novel while lacking all sense of permanence needed to qualify as a meaningful one. As the final installment in the A Planeswalker Novel series, it provided moderate entertainment, contributed nothing of value to the canon, and broke everything in the process.

For these reasons, Test of Metal is banned.

I hope you enjoyed this little insight into how canon works and be sure to let me know, either on here or on Twitter, if you want to see more. And until next time, happy planeswalking.