There aren't many domains you could call me a traditionalist, but for better or worse, Magic is one of them.

These are my idea of a good time.

Several years ago, I started gathering up a copy of a bunch of different cards from really old Magic sets. I didn't make it much of a point to chase anything in particular, I didn't take condition into account (the more beat up, the better!), and I didn't sleeve or inventory any of it. It was a giant pile of cards with jaundiced edges and a lot of dusty, gravel miles. The range between core sets was Alpha and Fifth Edition. The range between other expansions was Arabian Nights to Urza's Destiny. Nothing else was old enough to get in the old school pool. 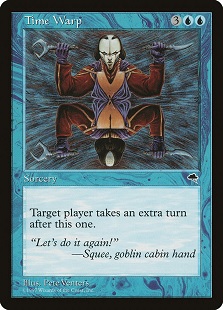 This "corvette in the garage" project was affectionately known as The Old School Cube, and it made for one of the most nostalgia-indulgent and wonderful kinds of Magic available. It was a stack of crappy cards you could grab off the shelf, open up, and start laughing and playing with one versus one or a four-person draft pod or however else you wanted to wield it. The dynamics of the play didn't matter very much at all, actually; the fun was in engaging with Magic in a way you forgot that you could. The results were great. 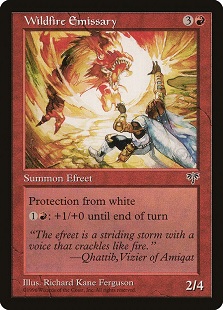 Few will never know the joy of blanking Swords to Plowshares with something so dumb.

The Old School Cube was reliable fun, but it was never much of a curated experience. It didn't necessarily need to be, but after a half decade or so of a lot of different games with it, I started to realize that it was probably time to put a little more thought into it.

Recently, I dug the thing back out, and after ten or twelve games with frequent Old School Cube co-conspirator Matt "Googs" Gargiulo, he came to the same conclusion I did: It was time to make a concerted design effort with this, rather than just have a pile of antiquated rates and sentimental favorites sitting around.

The first thing I decided was that it was time to expand the eligible sets to pull from. I added both Masques block (Mercadian Masques, Nemesis, Prophecy) and Odyssey block (Odyssey, Torment, Judgment). The rate of sets coming out in the present is pretty much constant, so I don't think adding six sets to the Cube after six years of the same previous stuff is going to do much to undermine the "old school" character of the project. At this rate I would be in my fifties before we got to Kamigawa. Sustainable!

Beyond more cards just being more options, there's a critical element that gets added that wasn't previously available, which is reasonable nonbasic lands. 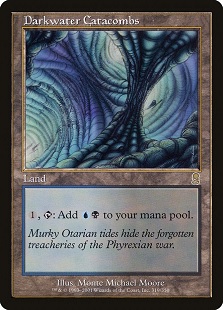 Most of the desirable nonbasic lands from early Magic are considerably expensive, and as much fun as it'd be to just stick a Bayou or a Tolarian Academy unsleeved into this bad boy, it's just not a prudent thing to do. How many of the following cards would you really want to hold onto for such a low power level exercise, rather than putting it toward "real" decks or Cubes or Commander decks or just outright selling?

These are just the fixers! The famous colorless utility lands (like Wasteland and City of Traitors) and mono-colored nonbasic lands (like Gaea's Cradle) aren't reasonable to just throw around either. Adding more sets helps fix the issue of basically every reasonably good deck needing to stick to two colors.

It may make sense to eventually explore Onslaught block since it is already the last chronological set before the old card border changed in Mirrodin. I'm hesitant for a few reasons, namely that fetchlands get brought in. There's nothing more indicative of a bemoaned contemporary play pattern than a bunch of shuffling for low emotional impact plays. The tribal elements of Onslaught block may also enable desirable strategies, but I find its cards to be a little too self-assembling for Old School Magic play; one of the characteristics players seem to enjoy about this environment is that the decks often leave you to a bunch of your own devices, rather than spell out obvious elements that fit together a little too apparently. Tribal strategies are definitely guilty of this description.

Philosophy and parameters adjusted, I formally began updating this Cube patch by considering which cards would go in first. I decided that to keep colors even in perpetuity and control the flow of the Cube's evolution, I would only add cards one at a time, and I decided to do that by considering some of the most baseline, crucial cards to use in order to preserve this special and irreplaceable time in the game's history. These were what I went with for each color's first two inclusions: 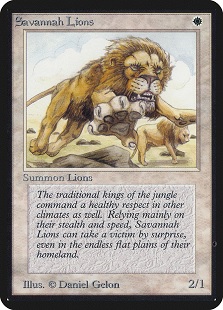 White's early identity is best expressed on the low aggro end with cards like this. I see no reason this shouldn't be the first selection to lead this obvious angle.

On the other end of the curve needs to be a productive creature that... oh, who am I kidding? Could it be anymore obvious that this card is mandatory? 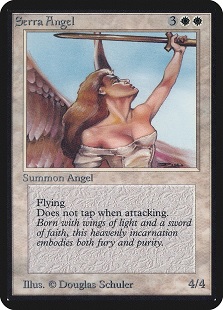 I don't think I need to justify myself here. 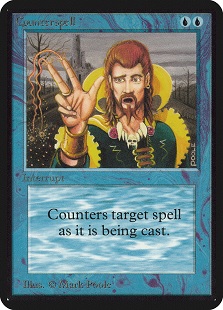 This is another card where it almost doesn't even make sense to consider excluding it. It is the defining spirit of this color's disruptive identity and I think players would likely turn on the project were it not available. It's worth noting that it's much more powerful within this meta, but I don't think it's reasonable to exclude under basically any circumstance. 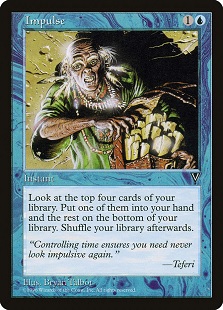 Card selection before Ponder and Preordain and friends was pretty weird. Impulse is one of the strangest card templates, as the logistics of the actions it asks don't make much sense (why put them on the bottom if they're getting shuffled?) Fortunately, The Old School Cube doesn't mind ink markings and we can cross that little bit right out. Also, I suppose Goblin Recruiter was also in the same set, and that card makes Impulse's text look borderline genius. 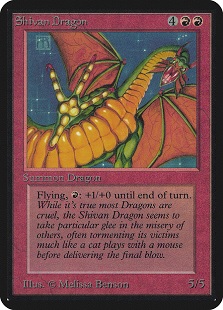 Though direct damage and haste will come along in time, I'm not allowing anything but the OG to rule the skies of Shiv.

A more interesting choice is... 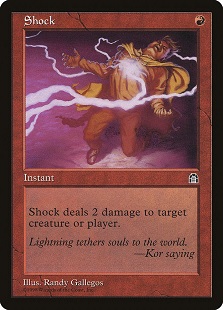 I don't doubt that Lightning Bolt may eventually end up in the mix, but I don't want to do it before I'm sure creature sizing and game pace isn't sacrificed for its absurd rate. Yes, it's as old school as they come, but these old creature cards are already pretty vulnerable. I'm comfortable Shock will be useful without ever being unfair. Bolt may not end up with the same description. 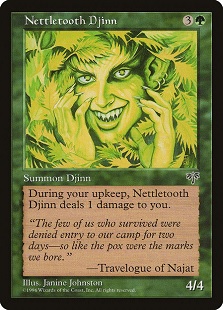 Part of making any draft experience interesting is to plant potentially underrated cards for players to discover. It isn't a marquee world beater, but this is a decent rate for this play environment, and there will be games that just come down to having the most reasonable win condition in the room. It also helps that its creature type was one of the most popular in the olden days. Its sibling Djinn(s) and Efreet(s) often run into the problem of being pricy for very little upside. 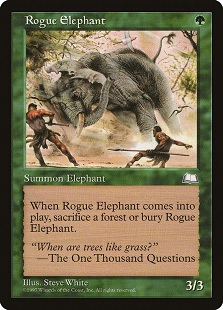 Odyssey in the mix means cards like Terravore are on the menu. This was one of the first ideas that excited me about updating, so here it is. The iconic cards will come naturally, but for now, I need more strategies and synergies than were previously available in the last clunky iteration of the Cube. Stomp it up, brother.

The central tenet of Black has always been cards for life, and this was as present way back when as it is now, with more clean, modern designs like Sign in Blood and Read the Bones representing the way to be. No card I know expresses this idea so cleanly and so powerfully as this strange rare. Four cards for three mana and only a few life (or a bunch, who cares?) is a cathartic experience.

We've got to be able to kill Shivan Dragon and Serra Angel, people. That's rule one.

Though new Magic is always putting interesting puzzles in our faces, the complexity and the incessant releases sometimes make me long for a time where we could sit down and attack with a 2/1 for

and feel like we were doing the best thing ever. I like to think I'm far from alone.

Whether you're a new player who wants a taste of yesteryear or a veteran that wants to find something you thought you lost, discovering novel ways to revive old cards is more than just fun: it's rejuvenating.

You deserve to keep the thing that drew you to Magic all those years ago. You deserve to experience how the game was before you started playing it.

Put the playmats away. Throw away those sleeves. Use pennies as tokens.