This afternoon, the official Magic Twitter account (@Wizards_Magic) spoiled exciting news: the return of Slivers in Magic 2014. Everything started in the afternoon, when Wizards tweeted the flavor text of popular Tempest Slivers with the Magic 2014 hashtag (#MTGM14), as well as the art from Sliver Queen. It was later clarified that Sliver Queen will not be inÂ Magic 2014, but there may still be hope for Clot Sliver, Heart Sliver, Muscle Sliver, Hibernation Sliver, and Crystalline Sliver. After an afternoon of teasers, the following images were previewed, featuring six new Slivers from Magic 2014: 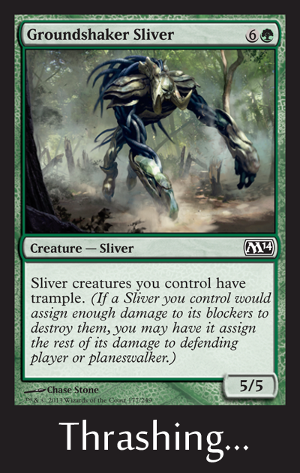 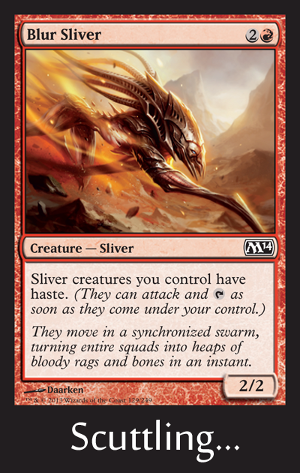 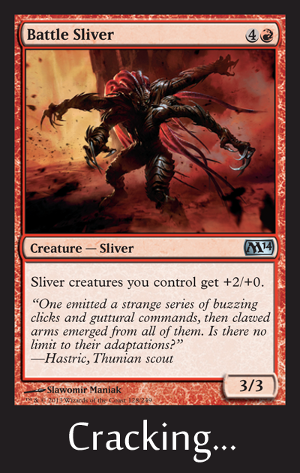 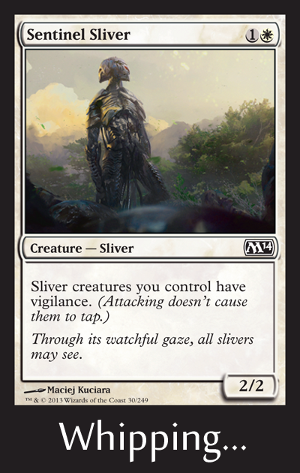 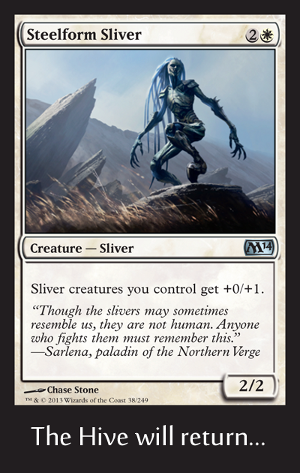 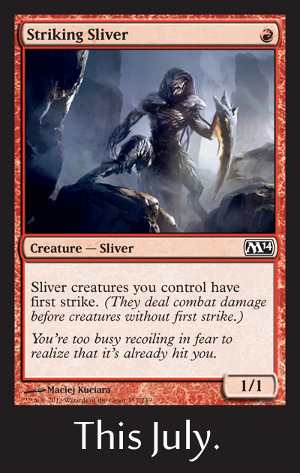 So Magic 2014 will feature the return of Slivers to Modern Magic, but with some small changes. First, it looks like this new Hive only affects your own creatures, rather than the Tempest Slivers that affect each players' Slivers. Second, the art direction for Slivers has changed significantly fromÂ TempestÂ andÂ Legions.

What kinds of reprints and new Slivers will join the Hive? What does this mean for Magic 2014 limited? More importantly, does this mean that we will see Cavern of Souls naming Sliver? We'll find out this summer. Keep an eye on our Facebook page for additional previews from Magic 2014.