MJ is a columnist for GahteringMagic.com and flavor text freelancer for Wizards of the Coast. You can find MJ on Twitter @moxymtg. 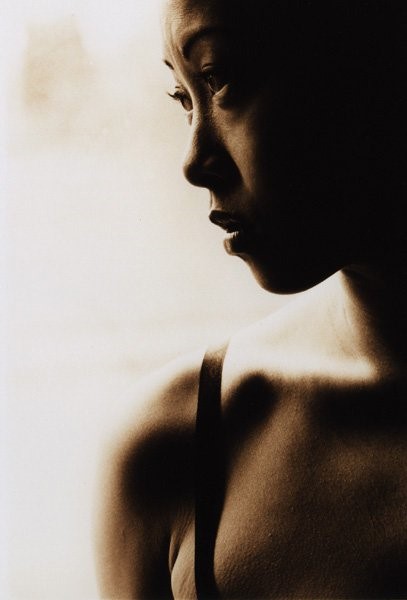 Avatar of choice: A Goblin.

Favorite male game character of all time: Zero, from MegaMan. He's beautiful, and he had such a heroic death in Megaman X.

What game have you been most addicted to lately? MTGO and Sonic the Hedgehog. We have the Genesis hooked up, and my three-year-old son loves Sonicâ.â.â.âbut unfortunately, when I get too intense, he cuts me off. So, I've played the first three levels about a gazillion times, and he won't let me beat the game because I start swearing and yelling at the screen. He says, "It's too hard," and pushes pause. Then he makes me put down the controllerâ.â.â.âand then he turns off the TV.

What game have you played for the longest time, and what about it keeps you playing? Legend of Zelda: Link to the Past. You wake up, and suddenly, you're called to action. That dream of finding out you're specialâ.â.â.âthat you're a hero and must act in a meaningful wayâ.â.â.âis a narrative that resonates with lonely kids in particular. That's why it's so often reused in video games. I first played this in middle school. The funâchallenge dynamic is balanced, and the soundtrack is so memorable. The game makes you feel there's a lot at stake without being dark and bloody. It's dark andâ.â.â.âcute.

What game did someone convince you to try that you just hated? Farmville. TBH, I loved it. But I hated how addictive it was. Proud that I cut myself off after I achieved a small farm with artfully-arranged fruit trees and a small pond. 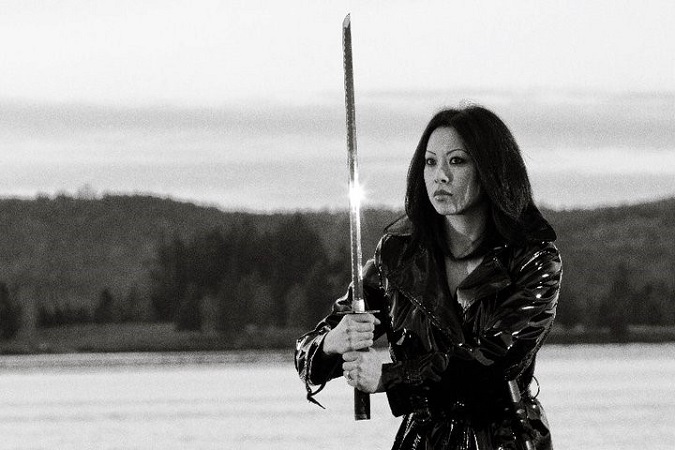 What game causes you to rage or tilt the most? Tontie. Itâs infuriating because it's so simple. If you fail, you know you're failing because of your inability to type faster. Which, of course, points to innate flaws such as a lack of character.

Which one do you prefer? Video games, TCGs, or board games? Video games. It's more of a package deal for an immersive experience, one in which the music/graphics/story is provided and active, and I tend to lose myself in them more. That's enjoyable as a gamer and as a writer. They're also more private. I experience quite a lot of anxiety with in-person or interactive games such as Magic where I'm definitely myself and definitely sweating my next move with at least one person (my opp) watching. Arcade dueling in Street Fighter and the like also gave me the same anxiety. I often was the only girl in the arcade, a ten-year-old amongst high school boys.

Is the overall design of a game the most important aspect to you as a gamer or is it the fun factor? Funâif you don't have fun, is it really a game? In terms of what makes a game fun for me, it's the challenge of a story arc. Without a story, it's no fun. I need the objective, and I need to be investedâwhether it's rescuing the princess or watching Zero's fine ass die, I'm motivated by finishing the story. There's no satisfaction for me if I don't see the ending.

Do you listen to video game soundtracks? Why or why not? Yes. Zero's death theme from Megaman X, and the Link to the Past soundtrack, as I mentioned earlier, is great. Sonic 1 and 2 and also Mario 3 were especially catchy to me. Little Nemo the Dream Master was haunting. I don't know how popular Dragon Spirit was as a game, but I remember enjoying its tunes.

Tell me about the game you would create if I gave you unlimited resources. I would love to see a live-action RPG in an interactive virtual world, similar to the entertainment portrayed in Neale Stephenson's novel Diamond Age, wherein you roleplay yourself in the game equivalent of dinner theater. Bonus if it includes riding horses.

Do you see an issue with the portrayal of women in games, and why? I would like to see more women in rescuer roles, to be fair. We're not as defined by gender as we're conditioned to believe. I know Tomb Raider received a lot of snarky press because the designers were like, "Let's look at a female butt instead of a dude's buttâbrilliant marketing!"â.â.â.âbut the success of that franchise goes to show you that players can identify with, and even embrace, a diverse array of roles. It is roleplaying that we're doing in all these games. Game makers should know that we're perfectly capable of empathizing with each other on levels like hero, martyr, adventurer, outcast, and so on. We're all some of each. You do not need to hand me the pink outfit. I can play the game as Chun Li or Blanka or Zangief or Vega. And so can the boys. In pink. 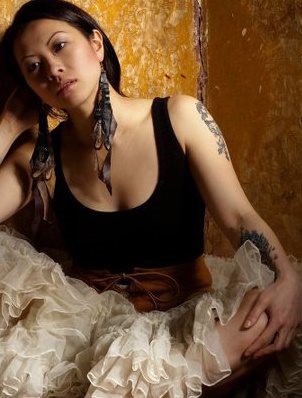 Have you ever played a female character in any game whom you related to? Valkyrie in Gauntlet. She was the only female in a posse of guys, and she was a great fighterâa real pioneer in those bloated arcade game times. This was my first multiplayer game experience, and itâs one of the first games I ever played, period. Love it.

Describe what makes a central character in a story-driven game appealing to you. Conflict and layers. Love. Complex relation to love. Self-doubt. Seeing our vulnerabilities encompassed in a video game character means we can address those personal issues through the game. That's appealing.

What book or series not already made into a game do you think would just kill it? Currently, Game of Thrones. I would love to control Tyrion: "Which wine shall I drink today?" and then navigate a labyrinthine brothel.

Do you feel, from an artistic point of view, there are areas gaming is lacking or hasn't explored enough? Just put more female butts in the first person. More of everybody, less focus on gender/race/the usual roles, and more creative emphasis on finding common ground through nuanced stories rather than superficial attributes and tired tropes.

How have your friends and family supported your gaming or tried to change it? My mom let us play a hell of a lot of video gamesâbasically until my brother was all bug-eyed and refusing food and I was jumping up and down on the couch screaming at him to execute the proper move at the proper time or employ the correct tactic. She was always sympathetic of the argument, "MOM, WE CAN'T SAVE THE GAME HERE!" I'd call that support.

What kind of impact do you think MMOs are having on society. Would you change anything? I like how they've gotten everyone excited about gaming again and that they appeal to a new generation of players who want more excitement and more evolving challenges. They're interactive, which I think has potential. I hope to see the communities around these games implement their own standards of conduct. There need to be standardsâsome of the bullying that occurs is just degenerate, entitled crap.

What are your thoughts when the conversation turns to violence in our community and violence in our gaming? Whether itâs Marilyn Manson or first-person shooters or porn, we have to get over blaming entertainment and artistic outlets for real-life violence that occurs. There's no issue with a kid liking to shoot video game enemies. That's fantasy. There is a huge problem with a kid who can acquire a gun and is also motivated enough to cross the line of fantasy and go to his school and shoot other kids. That said, I think observing trends in games can be edifying. If an entire genre of games features the same graphically violent victimization of women, we should analyze the phenomenon. I would assume this storyline is being replicated because it resonates with players. By examining what motivates millions of young people within a game, we might be able to identify widespread cultural issues that need our attention.

The worst game I ever played: Princess Tomato in the Salad Kingdom. ONE DAY I WILL BEAT YOU. Run from me, stupid strawberry-crab-man: twenty-five years hasn't dulled the knife edge of my thirst for revenge. You will help me beat Orange Park level. I will have you.