@DrewLevin is an avid Magic: The Gathering player, and writer for StarCityGames. 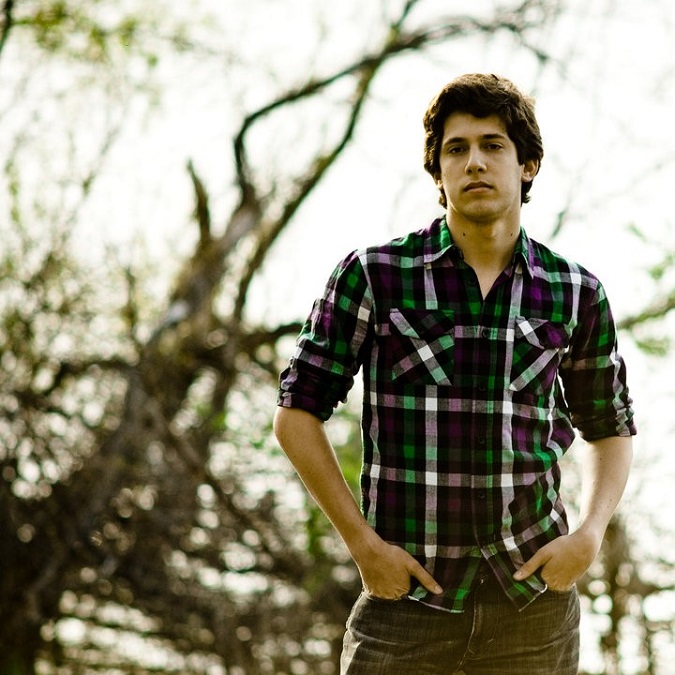 Screen name: I try to use my real name whenever possible.

Avatar of choice: Tigers and other big cats

Years gaming: I learned chess before kindergarten, so itâs close to twenty years.

Favorite female game character of all time: Alyx from Half-Life 2

First gaming console you ever owned: Game Boy Pocket, on which I played PokÃ©mon Red for literal aggregate months of my life

To what game have you been most addicted lately? I logged a hundred eighty hours of Borderlands 2 in the span of a month a while back, but most of that was within the context of playing a ton of co-op with a good friend. The story and characters are good with one minor issue, the writing is clever and funny, and the gameplay is fast-paced enough that it never feels like a grind.

What game have you played for the longest time, and what about it keeps you playing? Magic, easily. The community is tops. I canât imagine my life without this game.

What game did someone convince you to try that you just hated? Dungeon Defenders. Iâm told that itâs great, but the tower defense model doesnât do it for me in the way that other types of real-time strategy games do. 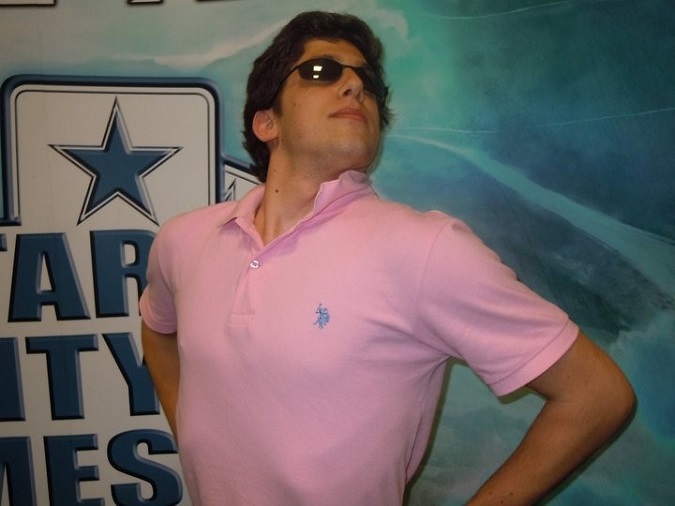 What game causes you to rage or tilt the most? When I was eight, the answer would have been Mario Partyâcountless lost birthday party invitations over endgame star theft right there. Nowadays, itâs Civilization IV or Vâlosing on high difficulty levels is as bad or worse than being fatesealed out of a high-stakes game by Jace, the Mind Sculptor.

Do you have any gamer regrets? Maybe itâs a misplay or chance not taken. Thatâd be not being more intentional about how I planned my travel throughout 2011. I was flying almost every weekend, but I never actually signed up for frequent flyer accounts with the airlines I kept flying. I probably ended up losing out on several plane ticketsâ worth of value over the course of that year.

Given that this question is a great setup for a hilarious story, Iâll tell one here anyway. I regret nothing about it, and it is certainly my favorite misplay. After the Los Angeles Invitational in December 2012, AJ Sacher and I were staying with Kate and Patrick Sullivan for a few days. This, of course, led to many late-night Magic Online Drafts.

In one such Draftâthe sort where you start at 3:00 A.M. and things rapidly degenerateâKate, AJ, and I had a solid Izzet deck through the first pack and a half and were tabling decent playables for our deck. We were confronted with a pack containing Isperia's Skywatch, Cobblebrute, and Blustersquall.

Kate and AJ, the two intelligent people in the room, started listing off all of the downsides of the three eligible cards. Kate didnât want Skywatch because we had a lot of 6-drops already, AJ didnât want Cobblebrute because it wasnât right for our defensive deck, and neither of them wanted Blustersquall because it was little more than Fog in our deck. As they went back and forth listing off all of the downsides of the potential picks, I got it in my head to be a little proactive and contribute to the team by making the pick myselfâa card with no mentioned downside. Quote of the night: "Okay, I'll just take Bellows Lizard."

This resulted in Kate hyperventilating on the floor after laughing for the rest of pack two and AJ losing it in similar fashion. We won the Draft. Bellows Lizard did not make the cut.

Which one do you prefer: video games, TCGs, or board games? Board games, purely for the social aspect. I have the city of Madison, Wisconsin to thank for my love of the board game as a way to spend hours and hours of a day with friends.

If you could go pro in any game, what game would it be? Honestly, itâs just Magic. I would much rather spend my time around pro Magic players than pro League of Legends players.

Is the overall design of a game the most important aspect to you as a gamer or is it the fun factor? I think the most fun games are the best designed.

Do you listen to video game soundtracks? Why or why not? I listened to a lot of the Final Fantasy 9 piano soundtrack by Nobuo Uematsu in college. It was lively enough to keep me awake in all-nighters, calm enough to keep me focused, and beautiful enough to play over and over.

Tell me about the game you would create if I gave you unlimited resources. It would be a virtual-reality version of the zero-gravity Battle School training program that exists in Enderâs Game. Without the risk of broken limbs, intergalactic genocide, child abuse, or romantic attachment, I think it would be a pretty sweet game. 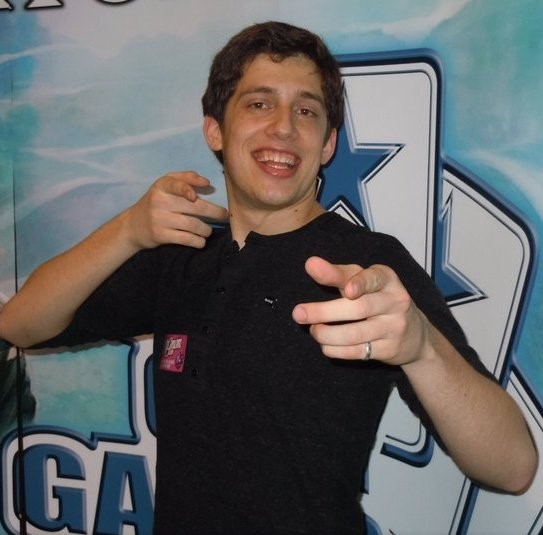 Whom do you consider one of the most sexually attractive characters (male or female) you have ever played? Was this based on pure artistic design of the character or overall character traits? Q*Bert, for sure. Anyone who talks that dirty has a special place in my heart. I mean, also, just look at the character model.

If you could be any character from any game, whom would you morph into? Kirby. I really like lunch.

Do you see an issue with the portrayal of women in games, and why? Thereâs a ton of excellent writing out there about how female characters are hyper-sexualized and how male characters are power fantasies. When I had a favorite male character to choose from, I had several options. When I thought about favorite female characters, my options were a bunch of damsels in distress, poorly-developed love interests, and female characters like Chell in Portal, where their female-ness isnât a core element of their characters. I also played a lot of Soulcalibur 2 in high school, and all of the female character models in the game are, charitably, softcore pornography. It is not remotely alone in that.

In short, they should be what we would idealize ourselves to be when placed in incredibly trying circumstances.

Have you ever cosplayed a character or could ever see your future self cosplaying a character? I have never, but there was a real part of me that wanted to cosplay Tibalt when I saw the character sketch. His outfit looks awesome.

Have you ever related to any female character you have played? What about any character in general? Chell and I have both spent a lot of time solving puzzles of dubious legitimacy for homicidal computers.

What do you think about the phenomenon of turning popular gaming characters into types of pornography? If you show me a character, I could probably show you a group of people who wants to have sex with them. I have no issues with it until people start expressing sexual impulses toward characters who are obviously children. After that, it grows creepy real fast.

Does the lingo some gamers useâsuch as "raped," "retarded," and so onâis actually damaging to gamer culture or is it much ado about nothing? I donât think we need to single out gamer culture here. All culture suffers when people do that.

If you donât understand why, you can start here.

What book or series not already made into a game do you think would just kill it? I would enjoy playing through Phillip Pullmanâs His Dark Materials trilogy as an RPG. The themes are resonant, the characters are compelling, the world is deep, and the story is engrossing.

How have your friends and family supported your gaming or tried to change it? I am incredibly fortunate to have been raised by parents who encouraged me to pursue my passions. They made it clear to me that gaming should exist in service of either a true livelihood or self-improvement, and I have found many ways toward both in my time as a gamer.

Do you look for a love of gaming in the people you date or do you find it irrelevant? I canât imagine dating someone who merely âtoleratesâ something about which I am so passionate. To play games is to see the world with a sense of discovery, to approach problems with cold, calculating rationality, and to engage with people earnestly and openly. Gaming is a part of who I am. I would want to share that with anyone I date seriously.

What kind of impact do you think MMOs are having on society? Would you change anything? I never really got into an MMO, so I canât speak to their effect on society. I played Runescape in middle school, but I treated it as a browser game with sweet quests, not a game in which I could hang out with other people.

Do you believe there is a correlation between violence in video games and violence in society? I donât believe it is causative (and I would have no way of knowing), but violent video games are a product of a society desensitized to violence. The two are absolutely correlated.