Jack LaCroix (a.k.a. @JackLaCroix) is a writer and content director for mtgbrodeals.com. 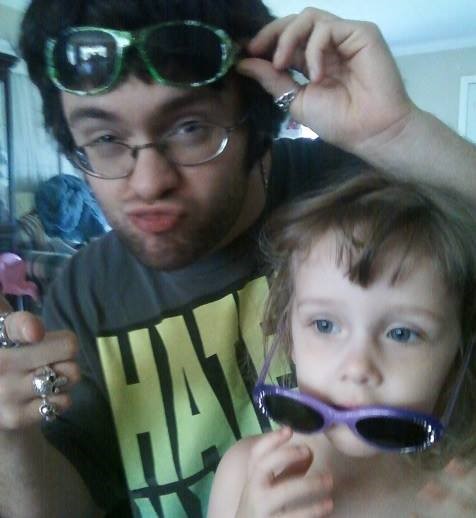 Name: Jack âYouâre Now Aware This Is Only My Pen Nameâ LaCroix

How much time do you spend gaming in an average week? When Iâm not working, being a dad, writing, or attempting to get a few hours sleeping, I squeeze in ten to twelve hours a week.

Favorite male game character of all time: Thatâs a tie between The Outsider from Dishonored and The Nameless One from Planescape: Torment. Both characters leave gamers with unanswered, intriguing questions.

Favorite female game character of all time: Another tie! Either Sharuum the Hegemon or Annah from Planescape: Torment. Both are empowered ladies who do as they wish when they wish.

First gaming console you ever owned: A PC. I grew up in a very technology-focused household, and I have fond memories of playing Fallout, Heroes of Might and Magic III, and more with a flickering WANG monitor.

What game have you been most addicted to lately? Iâve been replaying a lot of older titles: Batman: Arkham Asylum, System Shock 2, and Amnesia: A Machine For Pigs have consumed my Sundays utterly.

What game have you played for the longest time, and what about it keeps you playing? Magic: The Gathering, without equal. Hilariously enough, the game itself has nothing to do with why I still play. The community, though contradictory and sometimes enraging, is loveable and welcoming. Theyâre the reason I keep playing. A close runner up would be the original Fallout, which I guess Iâve lost whole years of my life to.

What game did someone convince you to try that you just hated? I absolutely hated Monopolyâuntil I tried playing it with my father. I now realize itâs one of the few games everyone knows how to play, and I accept it for that.

What game causes you to rage or tilt the most? Hahah, oh boy. Probably Alice: Madness Returns. It was a platform with gross, awkward controls on the PC port. Combat was unintuitive, jump puzzles littered the landscape, and simply walking from one location to the next was supremely aggravating. It was the first time Iâve had to walk away from a game to calm down, and it was all because of the control scheme. Thatâs a dumb reason to get mad, which just made it worse.

Do you have any gamer regrets? Maybe itâs a misplay or chance not taken. Some days, I wish Iâd hopped on the grinder bandwagon with my friends. Or I wish Iâd gotten into Magic Online when I first started podcasting. Otherwise, I probably wish Iâd gotten to know select pro players better when I had the chance, such as Conley Woods.

Trash talk: mandatory or unnecessary? Neither. Trash talk is all about boundaries and respecting those with whom you play. Too much means losing out on interactions, while none at all can make some games completely dry and boring. If I wasnât hearing drunken insults from my friends during a game of Commander, it wouldnât be the same. Likewise, the last thing I need when Iâm playing Team Fortress 2 is a twelve-year-old screaming that I fellate apes for fun and profit as Iâm trying to coordinate with my team. Itâs all about respect.

Which one do you prefer: video games, TCGs, or board games? None of the above. My favorite leisure activities are actually reading, going for walks in the woods, and target shooting. If I had to choose one, Iâd probably pick video games. Itâs the only time I can interact with people without pantsâand without getting arrested. Or chased. Iâm a chubby guy; chases donât work well with me.

If you could go pro in any game, what game would it be? There is absolutely nothing on earth that would make me want to go pro in any game, whatsoever. The amount of pressure upon âpro playersâ from the community alone has to be immense. Take our own pro community in Magicâhow often are their tweets, articles, and actions scrutinized to the point of dehumanization? To heck with that. If I absolutely had to pick one, I would choose any given widely-acclaimed professional sport. Retiring when Iâm fifty for tossing balls around seems nice. 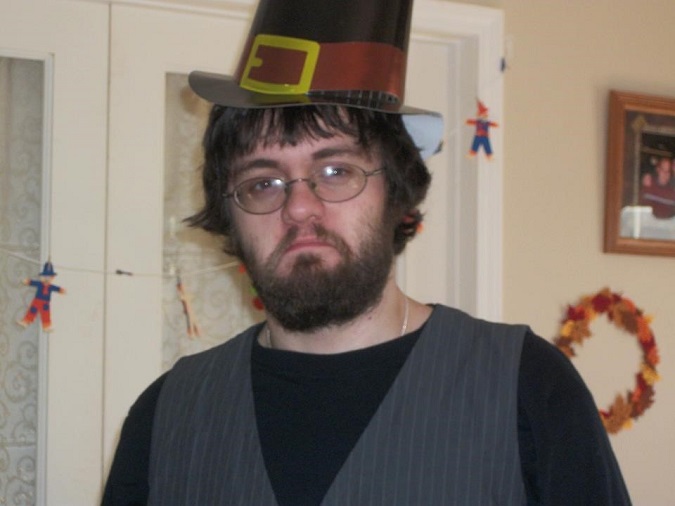 Tell me about the game you would create if I gave you unlimited resources. The players is informed he or she is the last living human being on the entirety of the planet. The game begins with the player, seated in a chair, playing a computer game. Thereâs a knock at the door. The player is then prompted to answer the door or ignore it. The game ends when curiosity finally wins.

Whom do you consider one of the most sexually attractive characters (male or female) you have ever played? Was this based on pure artistic design of the character or overall character traits? Most male characters are gross stereotypes of masculinity, ego, and what it means to be a âman.â Likewise, female characters are often treated with the same ham-fisted methods. I canât recall a time I was ever attracted to a character, sexually orâwait, I take that back. The entire female cast from Dead or Alive. I refuse to reveal how many hours I wasted playing Dead or Alive 2 and Dead or Alive: Extreme Beach Volley Ball as a teenager. Itâs a sad, sad number. And it was entirely based upon the fact I couldnât get a date, and the girls were barely dressed.

If you could be any character from any game, whom would you morph into? That one Sim I couldnât kill, no matter how many times I sealed him in a room, denied him food, bathroom breaks, or social interaction. I empathize a lot with that guy.

Do you see an issue with the portrayal of women in games, and why? Yeah, thereâs totally sexism in gaming. Thereâs also racism, classism, elitism, and plenty of other species-based issues that supersedes the medium. Sexism isnât just a problem in gaming, itâs a species problem. If you want to change that, you have to create a true sense of equality between all living organisms and fundamentally destroy âsurvival of the fittestâ and itâs elitist trappings. Thatâs an awfully tall order. So, until then, not acting horrible to peopleâregardless of who or what they areâis the best any one person, gamer, or humanoid can do.

Have you ever cosplayed a character or could ever see your future self cosplaying a character? Iâve cosplayed DC Comicsâs Joker several times, usually for my local comic store during the holidays at special events.

Have you ever related to any characters from a game you have played? Absolutely. The Nameless One, the central protagonist in Planescape: Torment, wakes up without a single clue as to who he is. Self-image and identity are central problems to our daily life, and playing Nameless One evoked at lot of emotion for me. Similarly, playing the lead character in Amnesia: A Machine for Pigs was harrowing, as the plot centers around the safety of his childrenâsomething thatâs become a central concern as Iâve become a father.

If able to choose a gender during gameplay, which gender do you usually choose? Though I usually play male characters on my first play through, I tend to choose female after that. With games like Skyrim and others, youâre going to spend hours looking at your character. If Iâm going to be subjected to that, I at least want to enjoy it. Similarly, recent titles have opened up gender-specific options during game play, so playing both genders becomes important if youâre squeezing max value out of a title.

What book or series not already made into a game do you think would just kill it? Please, game developers, leave Locke Lamora and The Gentleman Bastards alone. Donât ever come near that bookâdonât even consider it. It has a special place in my heart. Feel free to turn every China Mieville novel into a first-person shooter, however.

How have your friends and family supported your gaming or tried to change it? My dad is actually who got me into MTG, and he still smiles when I mention traveling to events. A majority of my friends are either gamers themselves or âget it.â

Did your family every have game nights? Do your parents like any type of games? Absolutely. My parents were prone to card games, but we also played Risk, Stratego, Monopoly and other horribly unbalanced board games.

Can you play games with your significant other or do you find it ends up being too competitive between you? Tiffany, my wife, usually watches me play computer games over my shoulder. As for other games, we usually become so caught up in talking to one another that we end up just leaving the game.

Do you play any cellphone or Facebook games regularly? Gods no. Mobile games are an absolutely miserable experience. I canât even begin to tell you how many of them just outright crash on me. Donât even get me started on the marketing strategy of, âThe game is free, but the resources you need to play it cost real money.â

What was your favorite game to play as a child? It can be any type of game, such as red rover, marbles, tag, or whatever. There were actually no children in my neighborhood growing up, so I spent a lot of time playing pretend. I made up countless games, all my favorite for a solitary hourâor day.

What kind of impact do you think MMOs are having on society? Would you change anything? Leisurely pursuits are, at their core, mediums with which those playing communicate. As such, their interactions, both with the medium and each other, lead to a gradually-building, engrossing level of social interaction. They build proxy societies with their own language, rules, and social regulations. If MMOs are accomplishing anything, itâs their capacity for being an amazing sociology case study. I recommend your readers explore non-RPG, non-FPS MMOs such as Second Life or Worlds for an idea of just how interesting things can get.

Do you believe there is a correlation between violence in videogames and violence in society? Violence is a part of the human condition, akin to sexism and others. Violence in our mediums is a direct result of violence in the species as well. Several studies have been done in the wake of Columbine and other school shootings, attempting to link enacting upon violence with violent media. Many of those studies are also contradictory, though they lean toward violent media not having a cathartic effect, and instead enraging consumers. But where things become murky is what titles make us violentâone study noted that those who play Mortal Kombat were less likely to immediately commit a violent act afterward than those who play Tetris.

Yes, thereâs a link. But thereâre also several factorsâusually unaccounted for in longitudinal studiesâthat comes into play with that link.