A few years ago, Wizards announced Planeswalker Points, which was a new way to tabulate ratings. Instead of the standard earn-points-for-a-win-and-lose-points-for-a-loss way of calculating rating, Planeswalker Points was a lifetime rating that gave points for winsâand thatâs it. It rewarded players for playing more. Naturally, players who were sitting at ratings of 2,000 or higher could qualify for events without playing much and risking losing points, and they were kind of unhappy with the change, but eventually, people realized you should have to play Magic to qualify for better events, and everyone has either embraced the change or stopped complaining about itâand isnât that really the same result as far as the rest of us are concerned?

A lot of events have converged in the time since the change to give players unprecedented choice in the events they play. Itâs no longer necessary to fly to a different continent to play in each and every Grand Prix or to play in a ton of Pro Tour Qualifiers with low prize payouts for a chance to grind rating because the TCGplayer and StarCityGames play series offer alternatives and not only cash prizes, but an equal opportunity to grind Planeswalker Points. For this reason, several high-profile players have become mainstays on the StarCityGames circuit, and I think their consistent high finishes make them excellent candidates for Who to Follow. 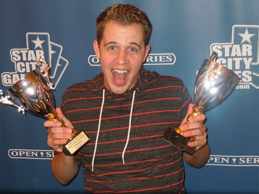 Where You Know Him From: I just told you.

Hot off his win at the SCG Invitational and clinching his first Pro Tour Top 8 this year, Gerry is on a roll. Popularizing the concept of B/U/G in Legacy, he continues to evolve the deck as they keep printing more degenerate B/G cards for him to use. Is he the reason Ancestral Vision is banned in Modern? No, probably not. He did, however, vow to make Wizards regret it if they ever did unban it. Soâ.â.â.âthereâs that.

The man tweets his absolute pants off. Few people right now are playing Magic at the same level as Gerry, and with ten thousand Twitter followers, youâre probably following him already. Would I really use this article as an excuse to congratulate him for his Invitational win? I donât know; would I? Either way, if youâre not following him, stop that. 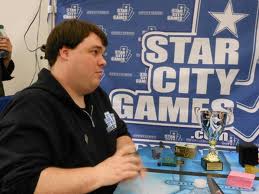 Where You Know Him From: StarCityGames articles, grinding

I have been debating about where and when to slot Adam into this series because heâs not just a prolific grinder, but heâs a pretty ballsy deck-builder. He was responsible for the no-mana deck in Legacy that used Undercity Informer to mill your whole library, which set up all sorts of shenanigans with Dread Return.

So, not only would he be a good candidate for another brewmaster installment, his stream is also excellent. He could have easily been slotted anywhere, but his Top 8 finish at the Invitational gave me occasion to highlight him. Heâs a solid SCG writer, he knows Legacy better than almost anyone I know, and he could use the followers. You know what to do. 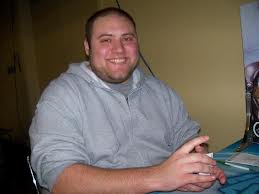 Where You Know Him From: Honestly, this field isnât all that useful for some article themes.

Similar to Gerry T and Adam Prosak, BBD is having a very good year. If the name sounds familiar, itâs probably because heâs on a bit of a tearâsecond at the Atlanta Open, third at the Elite IQ, third at the Invitationalânot bad at all.

He tweets enough to justify a follow, but he goes a lot more in depth on Facebook. He went in depth about a play he felt cost him the finals of a PTQ. Whereas on Facebook he talked about the decision to try to get there end of turn with a Deathrite Shaman to shock his opponent and try to win, not expecting his opponent to Searing Spear and then Snapcaster Mage Searing Spear for exactsies, the 140-character limit on Twitter truncated that story to:

Lost another PTQ finals.Threw away Game 2 with a poor Deathrite Activation then was punished by mana screw Game 3.