Itâs no secret that Eldritch Moon was a huge hit for the Commander crowd. It almost felt like the set was designed with Commander in mind with sick commanders like Ishkanah, Grafwidow and Emrakul, the Promised End and with a ton of killer spells like Mind's Dilation and Splendid Reclamation. If you check EDHREC as often as I do, youâll notice they have developed a lot of new tools to help you see what other people are building. Itâs no surprise that the most popular deck isnât built around spiders or werewolves, but rather one of Magicâs oldest tribes, a tribe with a lord all the way back in Alpha. This week I want to look at Gisa and Geralf and see what all the fuss is about.

I can think of two people who are friends of Gathering Magic who are very excited about this card. 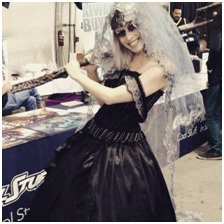 Magicâs preeminent cosplayer, Christine Sprankle has been about that Gisa life from way back andâ.â.â.â 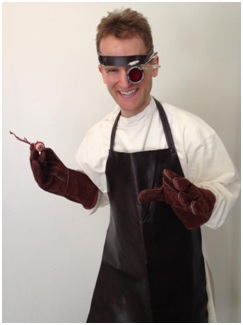 Of course, Gathering Magic writer Alan Marling is stoked to see another take on Geralf. Separately, these two zombie siblings are quite potent but how do they work as a pair? Itâs time to dig deep (pun intended) and see if we can find a way to build a deck around these two necro-enthusiasts thatâs fun, powerful and, as always, 75%.

What do we hope to do with this deck? The commander allows us to cast zombies out of the graveyard and also mill ourselves a little bit to get the zombie train rolling. Since we can cast zombies from the yard, it essentially means we have a huge, second hand and milling ourselves on hitting play means we draw four into our second hand every time we cast our commander. This seems particularly powerful, especially if we have other ways to get creatures into play meaning we can reanimate multiple targets constantly (and not necessarily zombies, either, although when was I able to resist a good tribal theme?) and bury our opponents in an avalanche of card advantage and rotting zombie parts.

It also means we can sacrifice our creatures for value since we can always recast at least one a turn while our commander is in play. Attrition, Phyrexian Altar, and Altar of Dementia spring to mind. If we can swipe their creatures and sac those, even better. This deck can run at least 1 island so that means Iâm going to do what I always do and run at least 1 Vedalken Shackles, for example. Thatâs not crazy at all, someone who has looked at Vedalken Shackles and one, lonely Island on their board and been disappointed has obviously never faced down a Deathrite Shaman while playing Reanimator. Iâm sure weâll have enough islands to be worth it and Iâm sure the number of Grave Pact effects weâll run will make them really regret letting us block their creatures with more of their creatures.

The best part of milling ourselves like this is weâll want to run some utility spells with flashback, which is perfect because that means weâll run spells from the last Innistrad block. I considered trying to make the best deck I could using only spells from Innistrad block sets but then I remember that every single card I named in the above paragraphs is disqualified. Iâm all for narrowing our card pool to attenuate power level slightly, but letâs not cut ourselves off at the knees before we even get started because itâs cute that we can run Skaab Ruinator and Forbidden Alchemy in a deck with Gisa and Geralf in it.

I have been on a kick of pushing power levels a bit lately so that coupled with the fact that Iâm sick of relying on running a deck as tribal as a way to make it 75% means Iâm just going to wing anything that looks fun into the deck as long as it plays nice with our theme and weâll see how we end up. I can poll you guys and dolls at the end to see if you think we went too far or if what we ended up with was still 75% even if we include the odd non-zombie (and how many do we even want to jam considering they donât even play all that nice with our commander?). Enough preamble, letâs see the decklist already!

I have so few non-zombie creatures in here that I could easily pare down to just zombies and the deck wouldnât be affected all that much, but Iâd lose some fun synergies Iâm not prepared to cut. Still, if youâre offended by having a Deadeye Navigator in here (he has Dead in his nameâ.â.â.â) cut him and all youâll lose is fun, not a ton of power. Deadeye lets you rebuy Sidisi, Undead Vizier as an instant-speed sac outlet, it lets you flash your commander to go deep on milling yourself, it is nutty with Grave Titan and it can even kill them if you have Gray Merchant of Asphodel and enough Black pips. All in all, the card does some work and I donât think itâs necessary to cut it, but that is how close we came to being Captain Crunchâs âOops, all Zombiesâ and that was a surprise to me for a few seconds until I realized that when you build with synergy in mind, most of the cards that synergize with zombies are zombies.

I included a few loops in here. Without too many tutors, youâre stuck assembling these combos the hard way, which means weâll get them often enough but not too often. Drawing extra cards will help but if you mill a combo piece, the deck does other things so donât fret. I am a really big fan of Nim Deathmantle and it does work here, giving you a lot of zombies with Grave Titan, for example. It helps you re-buy things you sac and it generally just beefs stuff. I like Deathmantle a lot and I think itâs super underrated.

I wish we had more ways to steal their creatures in Blue (well we have them but I wish Iâd felt like there was room to include them) but Black gives us a few opportunities. Grave Betrayal springs to mind, for example. Desertion and Vedalken Shackles and a few of the usual suspects are represented and theyâll be useful for scaling our deckâs power level to theirs so we have avenues to pursue beyond âdoing our own thing and ignoring our opponents while we goldfishâ which is important to me.

We have a ton of zombies to cast out of our graveyard which leaves us free to use Attrition and Altars with abandon. Rooftop Storm is also going to help us get there, letting us cast our expensive zombies for free meaning itâs suddenly pretty good to sacrifice Grave Titan to Phyrexian Altar once a turn. Weâre hoping to pop stuff in and out of the âyard frequently. Patriarch's Bidding, Rise of the Dark Realms and even spells like Zombie Apocalypse, should you want to include that, reward you for dredging greedily and deeply.

What do we think? Is there a deck here? Should I pick one of my strategies and build toward that rather than going in a few different directions? Should I cut Deadeye Navigator? Leave it in the comments below, and be sure to vote in the poll. Thanks for reading - see you next week!