Pro Tour weekend is always an exciting one, even if the state of Organized Play currently leaves something to be desired. 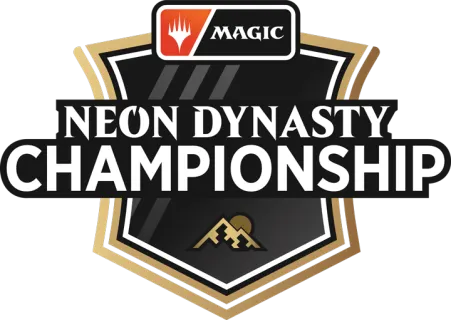 The Kamigawa: Neon Dynasty Set Championship starts today, and despite the somewhat confusing nomenclature it is essentially an online Pro Tour. First prize is $20,000 in what will be a showcase of the highest level of competition there is in Magic outside of the World Championship. The formats are Historic and Alchemy, which is exciting for a number of reasons.

Historic has been a very enjoyable format since its inception, bringing Modern vibes to MTG Arena with a different and very unique card pool. However, the real story has to be Alchemy's first major event in the spotlight.

Aside - I understand that there's a lot of loud voices in the community that are displeased with Alchemy as a format for a variety of reasons. I'll be the first to say that the MTG Arena economy is a disaster and Alchemy is a huge part of that, but the format has been very fun to play and test for. With changes to the distribution and economy I think it could be a very fun and successful format.

It's rare we see a pro-level event in a format that has not been deeply explored professionally and it's always extremely exciting when we do. Everyone is taking a walk into the unknown, the stakes are super high, and there's a good chance that a player or team will break it and take the event by storm. I was at Pro Tour Philadelphia in 2011 for the first Modern Pro Tour and this feels similar.

And the good news is I'll be also be playing in this one as well!

Since moving to full time content creation over six years ago I've played in many fewer events, but I'm very excited to play in my first Pro level event since Mythic Championship 4 in Barcelona. This also means that I'm very well versed in both formats, which makes it a perfect time to revive my old Pro Tour Predictions article!

As a quick note, often my predictions would be about the metagame, but the full metagame breakdowns are already released and you can see them here:

That being said, here are my five predictions for the Kamigawa: Neon Dynasty Set Championship!

Prediction One - Naya Runes Is Going to Get Crushed In Alchemy

Going into this event all the talk in Alchemy has been about how good the Naya Runes deck is.

Prior to the release of Neo Dynasty, Gruul Werewolves was considered the best deck, but with Naya Runes' very powerful and synergistic plan that makes a ton of huge lifelinkers while also being able to go long with Showdown of the Skalds, Werewolves has almost completely left the metagame due to its inability to handle the matchup.

However, it doesn't matter how good a deck is if everyone really wants to beat you, which was the primary focus of my team and I'm sure every other team.

If decklists were due a week earlier, I think we would have seen Naya Runes at around 30% of the field, but this week it felt like everyone was recognizing the power of the deck and taking the steps needed to overcome it. The tools exist in the format to beat the deck, with Mono-White Aggro coming in as the most played deck in the format and Archon of Emeria everywhere.

Runes is in for a very tough event.

The Wandering Emperor is a home run of a planeswalker design.

Nothing it does is outlandish. A Vraska's Contempt impersonation here, a +1/+1 counter there - we're not talking about Oko, Thief of Crowns or anything here. But its flexibility and nimbleness have it showing up in all sorts of places.

Of course, Alchemy is a much smaller format, which means the new card is much more likely to make an impact. With Mono-White Aggro being the most played deck in the field and every version assuredly playing some amount of The Wandering Emperor, this feels like a very safe prediction, especially when you add in the Azorius Control decks and White midrange decks that will play the card as well.

However, the card is very reasonable in Historic too!

The metagame breakdown may mask it a bit, but between Azorius Control, Jeskai Control, And Lotus Field Control, Control makes up over 20% of the Historic field, and The Wandering Emperor plays very well in these draw-go style control decks.

It's going to be a good day for The Wandering Emperor... not all who wander are lost!

So, when the metagame breakdown went up yesterday you can be damn sure my team (and I'm sure many others) was shocked to see that Orzhov Venture, a deck we hadn't even considered as an option, was the third most played deck in the entire field.

I would say that we are well prepared for the event, are happy with our deck choices, and had a great handle on the format as a whole. However, we were all surprised by this deck. The venture mechanic in general was hugely underwhelming in Standard, but recent rebalances to many of the cards have buffed things up quite a lot.

You don't just register venture cards by accident for a Pro level event, and as such I'm frankly a bit terrified of whatever team decided the deck was so good they were willing to go all in on it.

As soon as I entered my team's Discord, there were already multiple camps of midrange players who had all splintered off from my original Rakdos Midrange shell into various shades of new midrange decks. However, they all shared one thing in common:

It's easy to be skeptical, but after a few games of copying Citystalker Connoisseur and Bloodtithe Harvester I was convinced. The token was actually wonderful as well, which allowed the deck to use all parts of the card to good effect. Two 2/2s that need to be dealt with as well as some good card filtering for three mana is quite the deal!

The deck also has a soft lock, as if you are able to use Reflection of Kiki-Jiki to copy Citystalker Connoisseur in your opponent's draw step every turn they are locked out of playing non-instant speed cards.

There will be at least five copies of Reflections of the Mirror-Breaker in the Top 8 of this event, hopefully with four of them played by me!

Prediction Five - Someone From My Testing Team Will Make Top 8

One of my biggest regrets about my few years on the Pro Tour in the late 2000s was that I never got involved with a good testing team. I would usually just go in alone and work on Magic Online, which was okay, but at almost every Pro Tour I felt like my deck was either behind the format or the idea I had was good but not refined enough.

So, for this event when I heard that Andrea Mengucci was putting together an open team of established players and displaced veterans, I decided to jump on board. 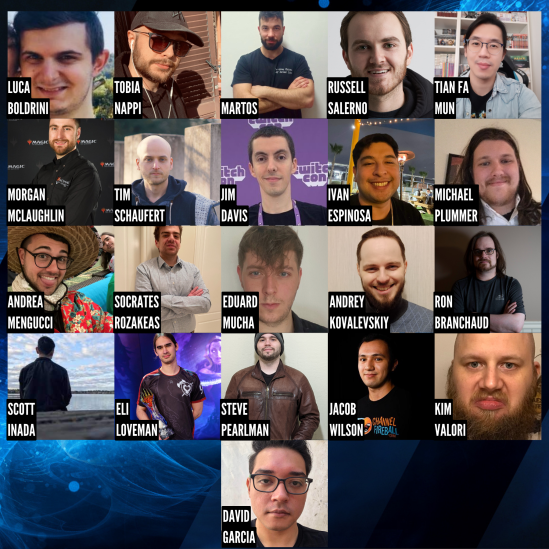 While I don't have nearly as much time to devote to tournament testing as I used to, I'm very happy with the testing we got done as well as the two decks that I selected for the event. Working with the team has been a lot of fun, as well as fruitful, as I feel like I have a very solid understanding of my decks as well as both formats.

With a lineup of over 20 qualified players, some playing in their first Pro Tour while some are former platinum pros, I would be extremely surprised to not see one of us playing in the elimination rounds on Sunday.

Suffice it to say, I am very excited for this event!

The event goes live Noon EST, 9am PST on www.twitch.tv/Magic - about an hour after this article goes live. While I can't stream my side of things, you can watch coverage on the official channel and hopefully I'll be doing well enough to be featured. I also plan to record my matches to use for content later.

Make sure to tune in!