Finally, it's the day we've all been waiting for!

Since Modern Horizons we have lived in the shadow of Hogaak, Arisen Necropolis, which managed to sneakily dodge a ban cycle by fooling everyone into thinking Bridge From Below was the real problem and not the new card with the old mechanic that already has multiple cards on the Modern ban list. Thankfully, we no longer have to live with that mistake!

Sorry Hogaak, don't let the door hit you on the way out!

Okay great, we can finally start thinking about Hogaak-less Modern. My 6-4 record at the Mythic Championship with Goblins was certainly tainted by a 1-3 record against Hogaak, maybe we can start there? How does Saheeli combo sound? Can we start playing fair decks again?

So many questions! So let's get started on figuring... 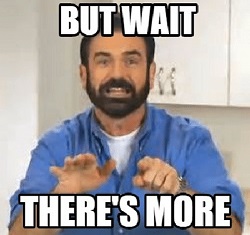 Oh no you didn't.

Well the truth is, they did. Wizards of the Coast has finally pulled the trigger and banned Faithless Looting in Modern. Yes, Faithless Looting has been one of the most played cards in the format in the last few years. Some have called it Modern's Brainstorm, likening it to one of the key features of the Legacy format - which is that basically every deck plays Brainstorm. It's at the point in Legacy now where everyone just accepts that Brainstorm is the most played card and nobody wants to do anything about it because it's a "Brainstorm" format.

Faithless Looting, like the other hot button Modern enabler Ancient Stirrings, isn't very good by itself. You can't just add Faithless Looting to any Modern deck that can cast it and automatically make it better and more consistent. Putting Faithless Looting (or Ancient Stirrings) into your deck means your deck cares about something. Maybe you want to discard Lingering Souls for value, or try to set up Goryo's Vengeance into Griselbrand, or start dredging Life from the Loam, or put Hollow One into play quickly... whatever it is that you're doing with Faithless Looting you've got a pretty clearly defined deck-building purpose.

All Brainstorm asks is that you play fetchlands, basically a required mana base in most Legacy decks anyway.

Cards like Brainstorm, or to use more Modern-analogous cards, Ponder or Preordain, tend to stifle deck-building and have a homogenizing effect on the format. When every fair deck has to start with four copies of Ponder and four copies of Preordain, there's less room for other cards that actually do things. You find the proper removal spells and Tarmogoyfs you need in a very even and consistent distribution, and go about doing roughly the same thing every game while playing cards that are individually the best at their respective points on the curve. You have very little incentive to play any cards that require work to be good because all your work is done for you.

Yes, sometimes things go a bit too far. It can be frustrating to be on the receiving end of two Arclight Phoenix attacking you on turn two, or a Stinkweed Imp dredge that hits three Creeping Chill the turn before you're going to kill your opponent, or another turn three Karn Liberated. However, before any of these decks got taken to the limit and received one too many good pieces that put them way over the top, they were really sweet brews that any Magic player would look at and go "wow that's a really cool piece of deck-building."

While Faithless Looting may have gotten those Arclight Phoenix in the graveyard, it was Manamorphose's ease of allowing you to cast three spells on turn two that brought them back ahead of schedule. Sure maybe you could race Dredge, but not when they start the game with an 18 point life swing in their favor. I'm sorry, why can Vintage decks only play one Mox Sapphire but Modern decks can play four? All of these things are just happening a turn too fast!

Furthermore if you were to ban a card like Manamorphose or Creeping Chill, you directly target the card that is causing the problem by supercharging a deck faster than it should be, and more importantly only damaging that deck. The only decks that play Manamorphose are Arclight Phoenix decks and old Storm decks, and neither deck is using the card reasonably. Creeping Chill is only played in Dredge. Surgically remove the problem, don't just drop the hammer on a whole swath of decks that were never even involved in the dirty things that Faithless Looting was doing.

And yes, I understand the argument that leaving Faithless Looting in the format leaves the door open for more problems as more graveyard cards are printed. There are two solutions to that: 1. Don't print cards like Creeping Chill, which do almost nothing in any format except make Dredge obnoxious. 2. If something does slip through the cracks (which will inevitably happen, cough cough Hogaak), then deal with it on a case by case basis. Banning cards happens in Modern, and while it's not pretty it's also rarely entirely unexpected or surprising.

Free cards that do things ahead of schedule are more damaging to the Modern format than good, synergy-based 1 mana enablers.

Wait we're not done yet?

Stoneforge Mystic finally being freed isn't necessarily a bad thing. While there are certainly concerns with homogenization when it comes to what threats fair decks are going to play, Stoneforge Mystic doesn't seem out of line in a fairly wild Modern format. Both Jace, the Mind Sculptor and Bloodbraid Elf, once sheer terrors of the format, came off the ban list with relative ease despite significant fear from the community, helping to prove how hard playing fair in Modern can really be.

Stoneforge Mystic helps to tip the scale of Modern back toward fair decks, giving them yet another excellent tool in their war against Modern's many varied linear strategies. Modern Horizons, Hogaak notwithstanding, seemed to have this "make fair decks better" end goal in mind and Stoneforge Mystic certainly follows that goal. Coupled with new tools like Force of Negation, Stoneforge Mystic could have a real and positive effect on the format. I'm all for letting her lose and seeing where things end up; in the absolute worst-case scenario if she has to be rebanned so be it, but that's fairly unlikely.

The big question is, why now?

When you run any sort of experiment, the more variables you introduce at once the harder it is to get accurate results. You can't gauge the impact of any one variable because it gets blended in with the impact from the other variables, making it hard to draw solid conclusions. Banning Hogaak was already a big deal, but removing Faithless Looting from Modern is one of the biggest upheavals the format has ever seen, not to mention that Modern Horizons, the single most impactful set to the Modern format ever released, really hasn't gotten its fair shake yet because of the shadow of Hogaak. That's a lot of variables already brewing!

It seems more prudent to let the dust settle, see where things end up, and then consider reintroducing a huge element like Stoneforge Mystic at a period where things feel relatively stable. Is that less exciting? Well, yes, but I'm pretty sure we've had enough excitement for one day.

What I Would Have Done

This is what I would have liked to have seen yesterday:

There's no doubt that Hogaak, Arisen Necropolis should have been banned, but I don't like dropping a huge bomb on the format as well. Cut out the problem cards, keep an eye on other problems, and look for good stable spots to consider adding to the format rather than subtracting from it. I also love the idea of a tangible watch list, both to let us know what Wizards of the Coast is thinking internally about certain problem cards, as well as giving everyone some advance warning that their entire Modern deck runs the risk of being defunct soon.

Modern is a long term format. Players buy into Modern because they know they can feel comfortable learning and playing a deck for a long time to come in perhaps Magic's most popular format. It is certainly a format that needs to be kept in check because it can get pretty wild, but it's not a format that takes well to massive, sweeping change.

Banning Faithless Looting in Modern was a mistake.