Who are these articles for? Iâm not exactly sure. Iâm also not entirely convinced that FNM isnât just the biggest accidental success to happen to Magic since Odyssey block Limited. By all logic and reason, it was destined to fail as an institution. As Iâve noted before, any given Friday night for Magicâs prime demographic is primo party-down time.

Iâm also not sure what people are taking away from these other than (hopefully) nice stories. The matches rarely mean anything. The stakes are laughable. My play is laughable. From stop to stop, FNMs are wildly different, and itâs all based on the luck of the drawâor the luck of the people who come out. If youâre lucky enough to game at a store where the people are easygoing and nice, congratulations! You got lucky. If your FNM is full of jerks, well, try a different store. If your FNM is full of booger-eaters rooting around through the garbage, just leave them alone until you beat them during the rounds; they probably just got done reading Jon Medinaâs (âthe otherâ) FNM column, and theyâre probably hungry for some trades.

I guess I just always figured the appeal of FNM was that you got to see your friends all the time, and who in his right goddamn mind would want to read about my friends? I mean, theyâre nice people and all, but if I start writing about being the only non-vegan dude who works at Cloud City, what are other people going to take away from that? Will it be anything other than the fact that I am one thousand percent fatter and less progressive than my colleagues? I doubt it.

Iâd love to just write up some self-indulgent thing about me and my fellow FNM bros and broettes and how awesome every week is, but honestly, the stuffâs just fun for me. Every Friday is pretty much the same: go to Cloud City, make my deck, hang out with friends, go Xâ1 with some deck I donât really know how to play all that well, and then skip out on the post-FNM Draft that I always intend to participate in but never feel like doing and just go to iHop instead and watch Ryan Sullivan and the blonde waitress who works the graveyard shift every Friday night awkwardly flirt with each other (itâs adorable).

Then again, I donât really know what people want. Not many people do. The few people who do know are generally pretty wealthy because they know what to sell to people.

This week, Iâm gonna try to sell you this: 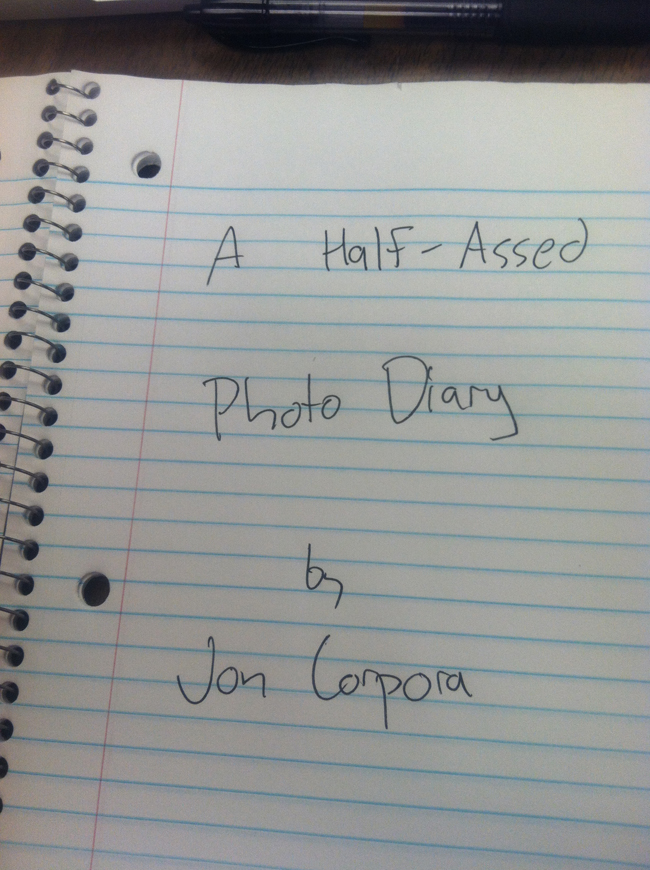 I sure hope it goes well!

I decided to buy the FNM Event Deck with the Birthing Pods in it for two reasons:

I decided to play it unchanged because someone has to be the watchdog for the new players. As Iâve said before, I feel that Iâm doing a legitimate public service; if these decks are going to market themselves as FNM-ready, theyâd better be prepared to be put through the ringer. 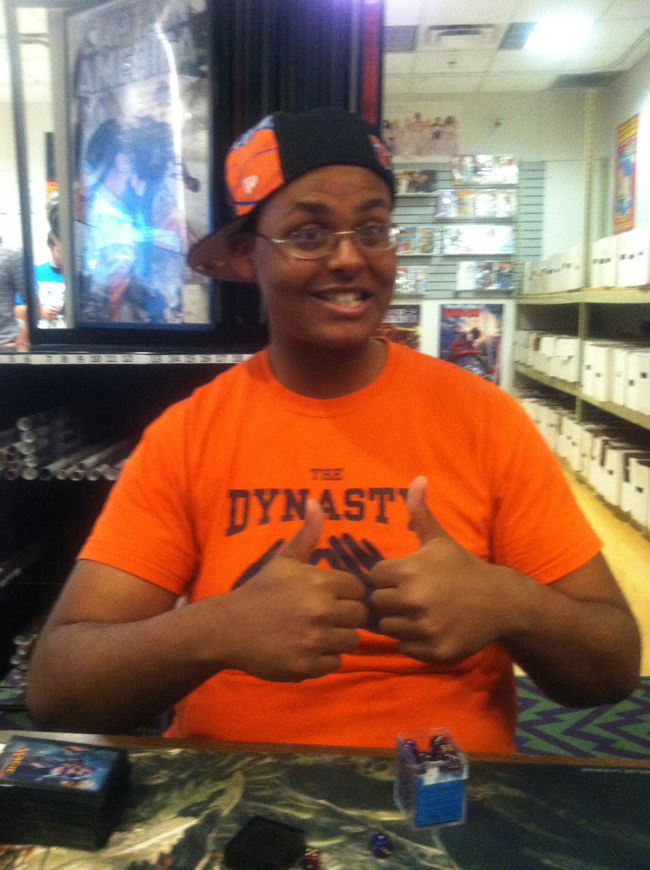 Josh is a newer player who still plays a lot of white weenieâlike half the crowd at Cloud City. Honestly, as long as you have a decent matchup against that deck, odds are youâll cash.

Our Game 1 goes about as well as it can; I curve out, including a Birthing Pod; the nice thing about the Spiraling Doom deck is that it kills guys all the way up the chain, thanks to Skinrender and Morkrut Banshee. 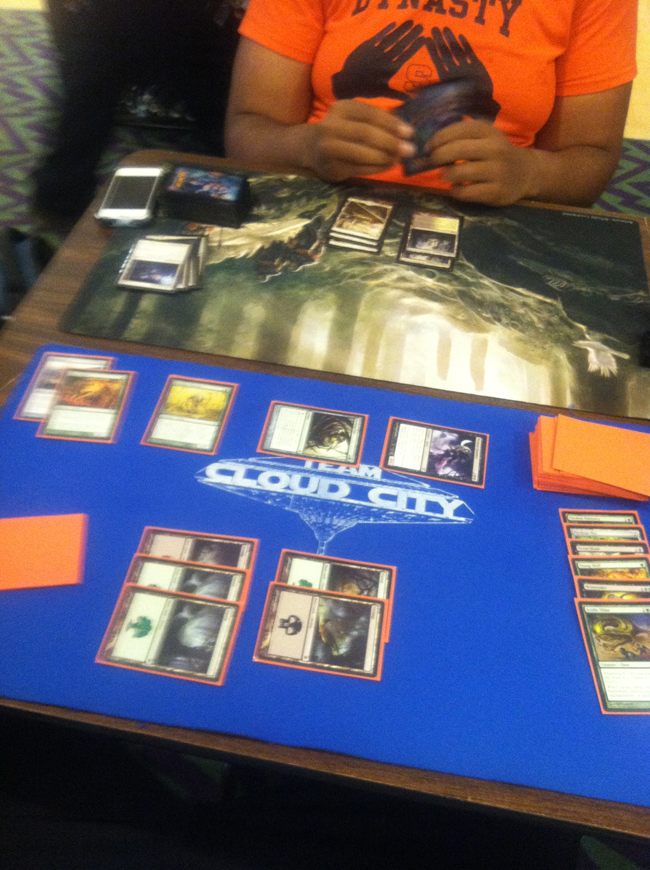 By the end of the game, Iâm able to fetch out my Brutalizer Exarch, killing his Oblivion Ring that had a Morkrut Banshee underneath it. None of his permanents ever stood a chance. I finish Game 1 thinking, âHey, maybe Iâll take this match down with an Event Deck!â 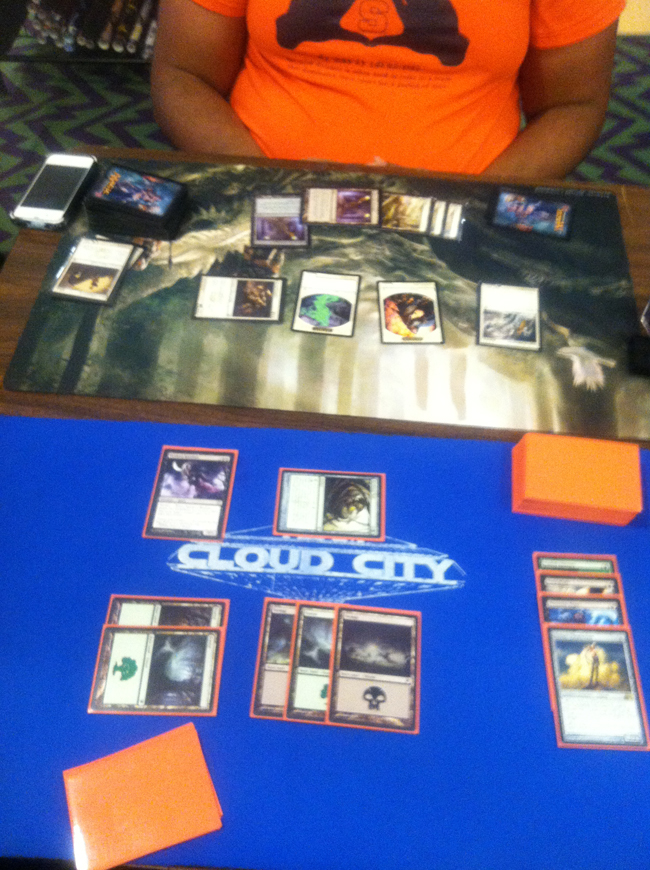 I forgot to take a picture of our second game (this will become a motif of most of my matches youâll find out, but the recap of the games doesnât really matter; Spiraling Doomâs ways of dealing with a landed Mirran Crusader are:

One stops working when he has an Honor of the Pure in play. The other costs 7 mana.

Josh resolves a Mirran Crusader on turn three in games two and three, and I have nothing to combat it in time before it kills me. 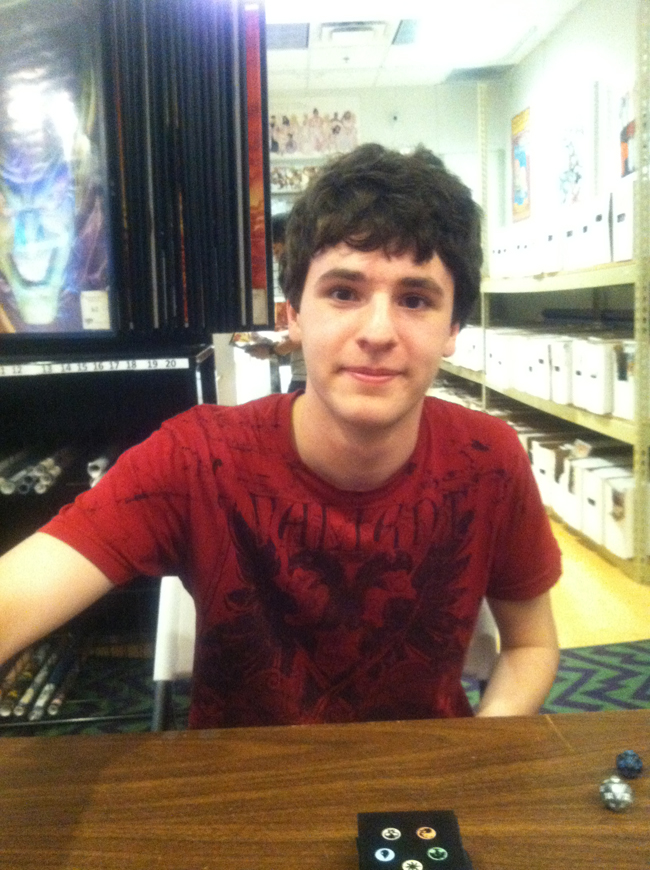 This match is among the most fun Iâve played in a while.

The writingâs on the wall Game 1 when he, on the draw, resolves a turn-three Rites of Flourishing. The Acidic Slime and the land in my hand start screaming âHEY, FATTY, DRAW ANOTHER LAND SO WE CAN REALLY GET THIS GUY,â so I draw two cards, play two lands, and cast the Acidic Slime, killing his Rites of Flourishing. Benâs dismayed âawwwâ reaction was priceless.

It actually remains a really fun game; Ben and I are loose and just having a good time, and I have no idea what heâs up to until he casts Jace's Erasure (!) and then casts the literal card Fog after I declare attackers.

As Naughty By Nature would say: Itâs on.

Ben plays a lot more FogsâFog, Clinging Mists, Blunt the Assaultâover the course of the match, but I take down both games, despite them taking forever. Hereâs how they both end: 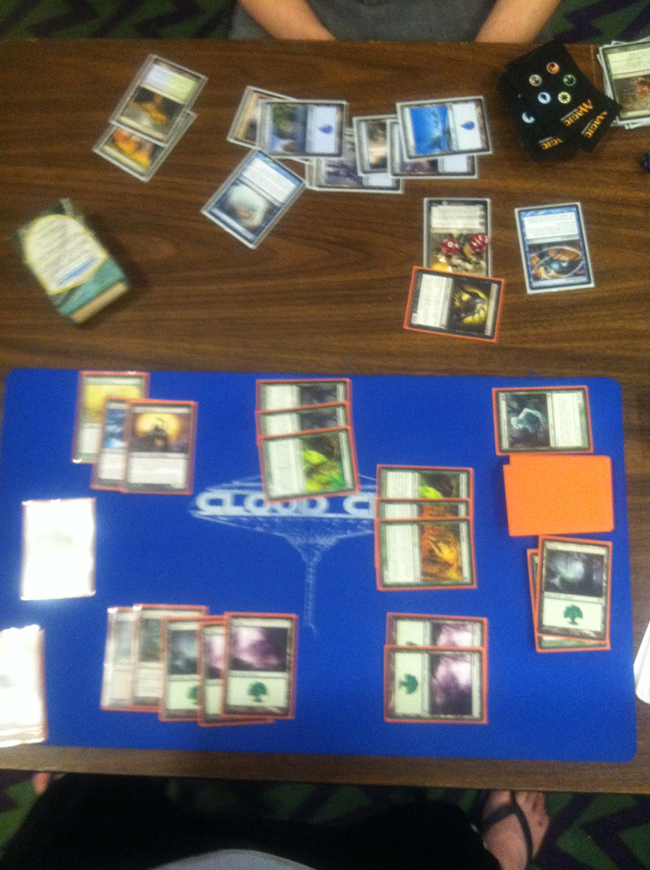 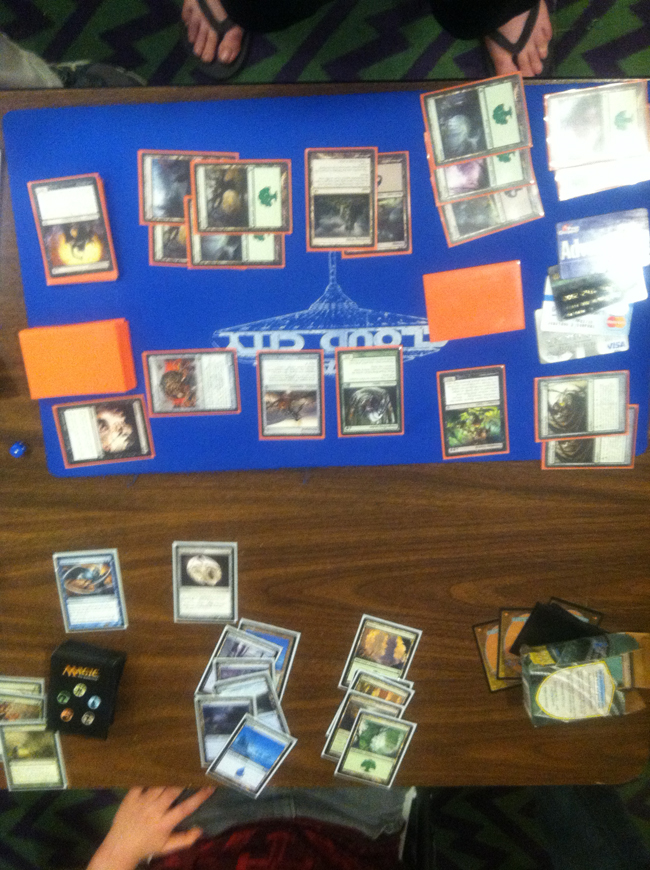 Both games end pretty similarly: I have a lot of creatures in play, and Ben just straight runs out of Fogs. The credit cards on the table in Game 2 are supposed to be Myr tokens. 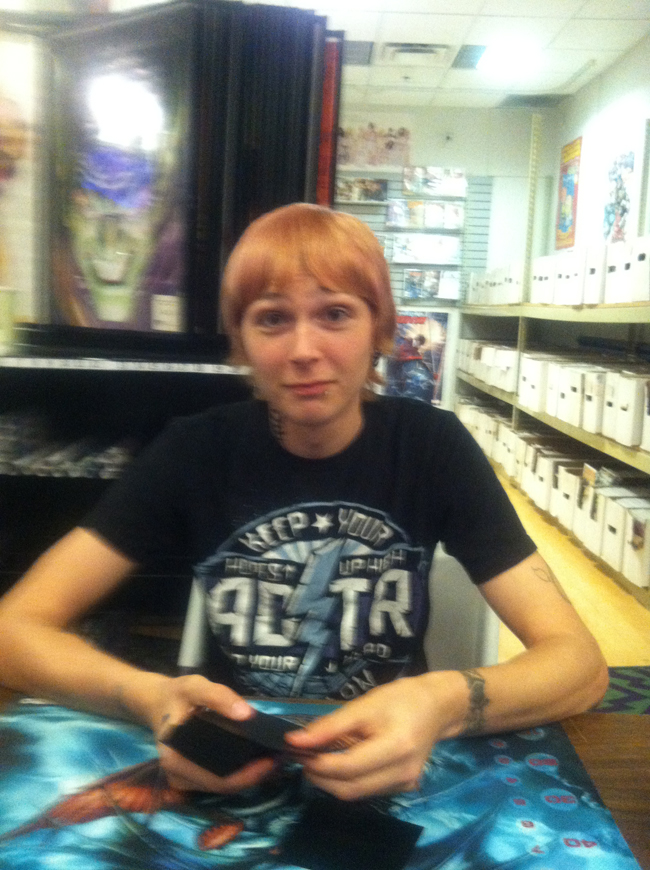 Brett is playing a deck very near and dear to my heart, the deck that got me my first-ever win at Cloud City. Iâm talking, of course, about U/R Delver.

I suspect that the deck could be very good in the world with Cavern of Souls. No oneâs really played the deck much since W/U Delver caught on, which is a shame; Dark Ascension especially gave the deck two cards it sorely needed: Evolving Wilds and Faithless Looting. The deck is very threat-light, but what it lacks in creatures, it can make up for in reach. Incinerate, Brimstone Volley, Galvanic Blastâand maybe even Thunderous Wrath if you donât mind making your Snapcaster Mages a little worseâpresent a clock that seemingly comes out of nowhere to kill your opponent dead. 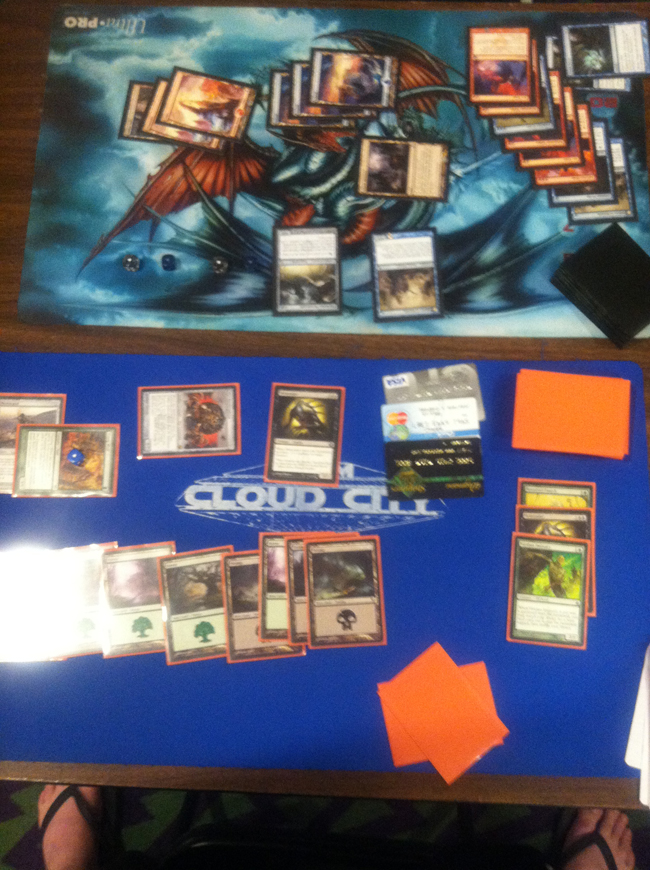 Our Game 1 isnât much of a contest thanks to his wonky draw; his first Delver of Secrets meets an abrupt end thanks to a Mortarpodded Germ, and his only follow-ups to that are a couple of Think Twices, while Iâm able to advance my board, which includes getting Birthing Pod going. The only scary moment is when he draws a Dungeon Geists for my Myr Battlesphere and then clones it with Phyrexian Metamorph, but by that point, my hand is full of Skinshifters, and I ride them like a nine-year-old me on a Super Nintendo.

Brief thoughts on FNM Hero: I had that idea, too, before I landed on just playing a different deck each week. I was going to start with an Event Deck and play with a budget of $20 a week, using only my trade binder and prices from my LGS to do so. It sounded like fun, but after thinking about it for more than five seconds, I quickly abandoned it because:

Because of all that, I made a conscious decision to just play a different deck every week, ignoring budget altogether; if people got nothing else out of the column, theyâd be able to sort of see a lot of different decks in action and maybe learn a bit about the intrinsic nature of the glorious and mysterious Friday Night Magic and the unspoken social interactions and agreements made therein along the way.

Since I started this column, imitators have come and gone. This article marks week 37 of 52.

All I remember about Game 2 is that I lose it. Game 3, howeverâ.â.â. 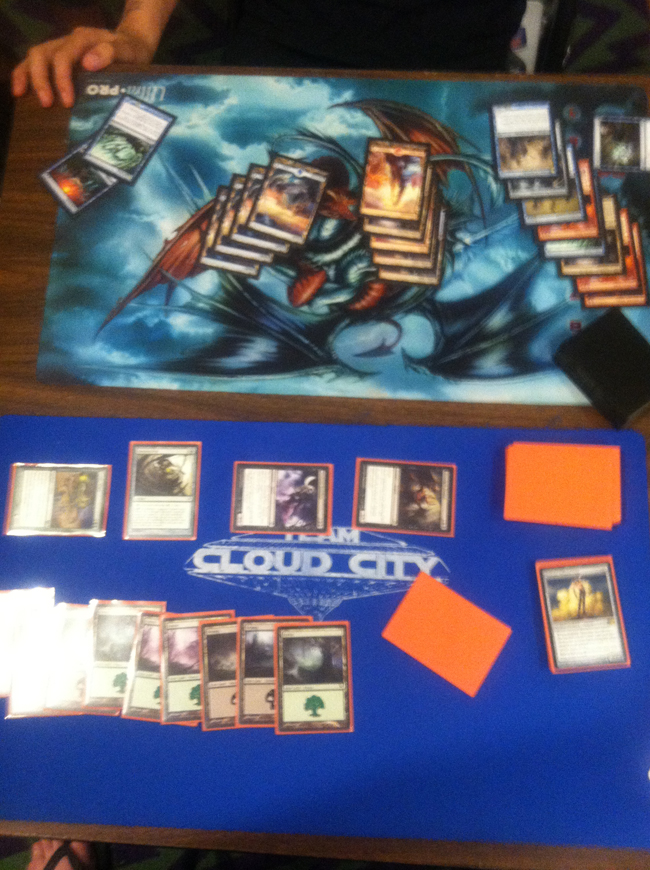 On my last upkeep of the game, Iâm at 5 life. Brett has two cards in his hand, and I have no idea what they are. Iâm fearing the worst, though. I target myself with Bloodgift Demon; I figure that if Iâm alive at 5 life, Iâll be alive at 4. What Iâm putting Brett on at this point is a blank and a Brimstone Volley, which I had him on last turn as well. That makes this the second consecutive turn that Iâve abstained from using my Birthing Pod, but heâs at 3, so I take a deep breath and swing for the fences.

Brett drops his handâa Mana Leak and a Vapor Snagâon the table, and I quickly get up to snap a picture of it.

He never had the Brimstone Volley all along.

I suck at this game. 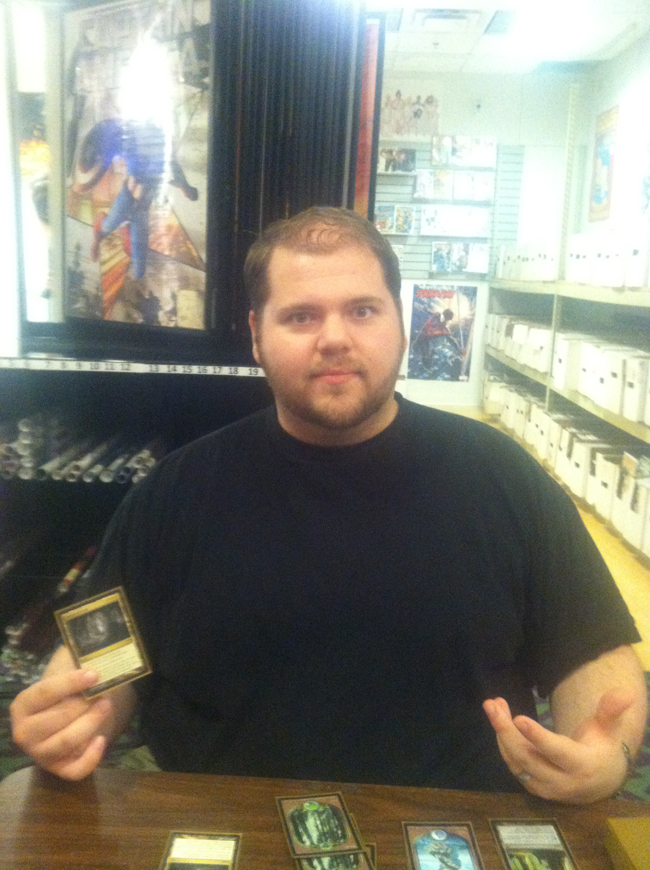 At this point, I should probably note that Iâm running very hot, or at least as hot as one can run while piloting an unaltered Event Deck; Iâve drawn Birthing Pod almost every game, and the power of the card is just too much advantage for a lot of decks to beat. Itâs almost as though Michael Jordan were still on the Bulls in the mid-â90s, but instead of Scottie Pippen and Dennis Rodman, the rest of the Bulls roster was the Roanoke High School basketball team.

I pretty much played with that deck last Friday, only Michael Jordan was Birthing Pod, and the rest of the deck was the Roanoke High basketball team. Youâre not gonna win the championship, but Michael Jordanâs definitely good enough to win a bunch of games on his own.

You know what wouldâve made that analogy one hundred percent less painful? Just using the â07 Cavs and Lebron James as examples. I am an idiot. 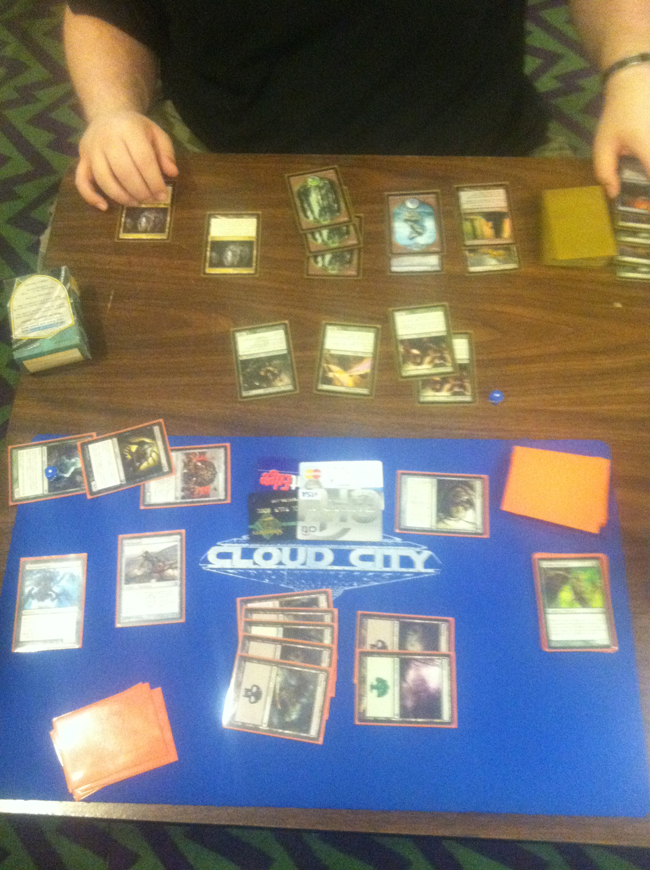 RJ keeps a hand that no one in this or any universe should ever keep, and he plays turn-one Island, turn-two Island, turn-three Cavern of Souls naming Ooze.

Bummer, dude. You blanked all my counterspells!

Meanwhile, I have a Birthing Pod and I do what my deck does, which is making progressively bigger (albeit, still shitty) guys every turn. He hits a Thrun, the Last Troll eventually, but he canât swing into my board ever, and I eventually get him with The Buzzsaw That Is Myr Battlesphere.

I met Ryan when I was three, and Iâm twenty-three now, which means that Iâve known Ryan for, like, four fifths of the time that Iâve been alive. 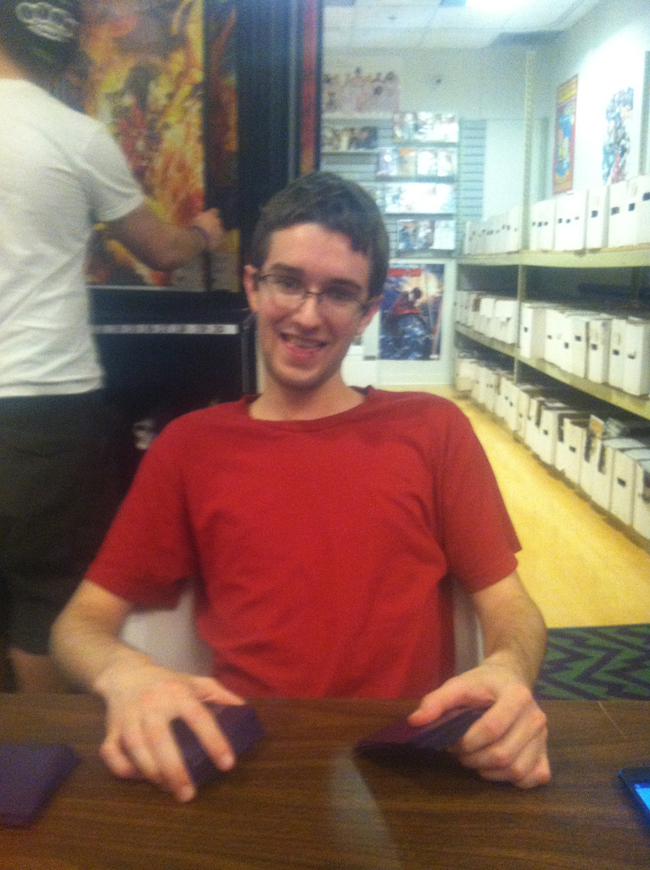 I donât remember anything about this match other than asking for the scoop from him (he was 2â1â1 and firmly out of prize range) and then playing it out with him anyway and crushing him in two short games. He played a straight U/B control deck, and even a Birthing Pod deck with both hands and both legs tied behind its back can dispatch a U/B control deck with relative ease, especially when itâs running four Strangleroot Geist. God, it was nice to peel three of those consecutively in a single game and watch the horror on my opponentsâ faces as they came to the slow realization that they were being trampled by an Event Deck.

I collected my $10 prize money that I won while piloting an Event Deck (at this rate, thatâll be inscribed on my headstone), and went to iHop with Ryan, where I regretfully did not take any pictures of the pretty blonde waitress inexplicably flirting with Ryan (my only explanation: Must get reeeeeaaal lonely on the Friday-night graveyard shift at iHop), nor did I take any pictures of my bacon cheeseburger that had two over-easy eggs on it. I should have, though. It was very messy.

See you next week!