Login
0 Item
Advanced Search
Sign In
Create Account
Author's Note: Itâs been quite some time since I wrote anything, but today, Iâm getting back in the saddle and talking about my journey back to the writing stage and how you can apply the lessons I learned to make faster and more fun multiplayer games.

Sometimes, the hardest thing is just starting. Itâs not as though I have a particular difficulty writing; Iâve been publishing Magic articles for years. Heck, I used to churn one out every week. But knowing that on an intellectual level didnât help me actually put anything down on this page. Chances are youâve been there, too. You have a task in front of you that feels insurmountable, you spend hours trying to start, and when you finally get going, itâs not just manageable, itâs downright easy!

Story of my life.

Iâve been out of the loop for a while. I stopped writing regularly because an insane course load left me without time to spare, but eventually, that term ended, and I didnât go back to writing. Why? There was no clear time Iâd be expected to do it. Right after final exams? Surely I deserved a break! At the start of the next term? Better make sure itâs not as crazy as the last. And so every day, I would ask myself if it was time to get something done, and every day, Iâd said to myself, âOne more day wonât hurt.â 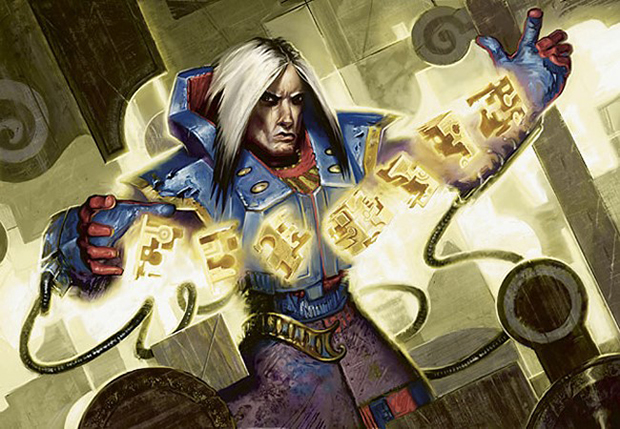 Weeks passed. I decided that things had become ridiculous, and I determined myself to start on something. But I didnât.

You see, I had to decide when to start. Deciding takes energy, so the human brain tries to avoid it as much as possible. Often, weâll follow the same paths weâve already explored to avoid having to consider something new, but thatâs not always an option. Then, we have to come up with something, so the brain responds with a safe choice that leaves options open in the hope that outside factors will change so that thereâs no decision to make.

This all sounds pretty stupid. How are we supposed to get anything done? The long and short of it is that we have to make a lot of decisions every day that we canât put off, and over the course of the day, they wear us out. This is known as decision fatigue, and it leads every one of us to hedge and opt for the safe option more often than we should. 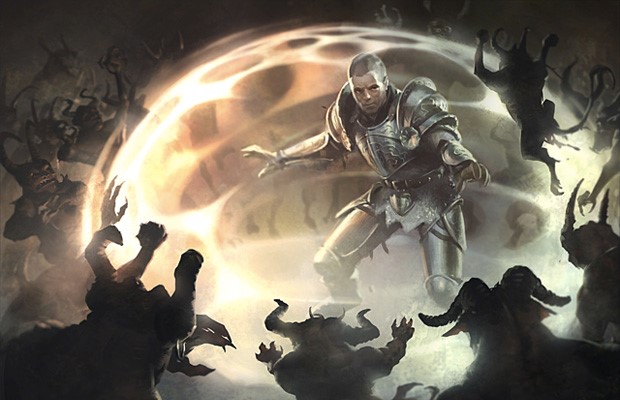 Sphere of Safety by Slawomir Maniak

So, what does any of this have to do with Magic? Well, each game requires us to make an enormous number of choices, and they take their toll the same as anywhere else. I was playtesting Modern, and after I sacrificed all my permanents to Arcbound Ravager to make Inkmoth Nexus a 5/5, my friend told me that was why he could never play Affinity. Plays like that might be correct, but he couldnât bring himself to make them.

Sacrificing all of your permanents is not the safe option. These biases are insidious, and itâs all but impossible to eliminate all of them. Luckily, we donât have to. Casual multiplayer games arenât going to have your Pro Tour trophy hanging in the balance; itâs okay if you make a mistake. But when the mistakes follow a pattern, it can lead to other issues.

The other day, I was playing some one-on-one Commander, and something struck me: My Oracle of Mul Daya was attacking! How often do your multiplayer games involve creatures sitting back against an empty board? In my playgroup, it happens quite a bit, not because players want to hold up blockers, but because they want to avoid incurring one anotherâs wrath. 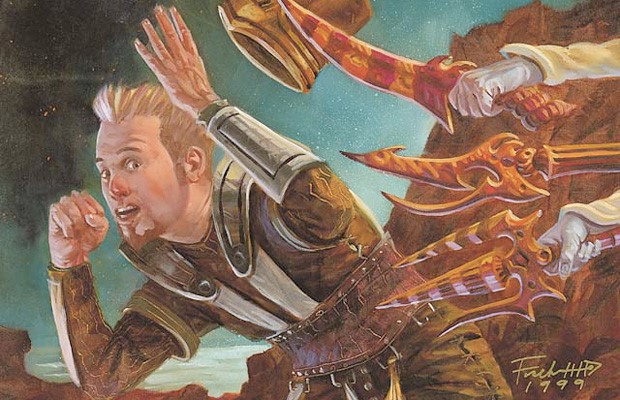 Of course, if everyone does that, you end up in the same place many turns later. Sure, by that point, someone will have a Consecrated Sphinx, so you know he or she needs to be attacked, but thereâs no clear dividing line there. After all, the player with Phyrexian Arena will also win if left unmolested. All weâve really accomplished is sitting around for half an hour before anyoneâs willing to throw a punch.

Thatâs just dumb. I donât have nearly as much time to play Magic as Iâd like, so Iâm not about to give up twenty percent of it just because people have a tendency to be vindictive. You might not feel the same way. I get that. It sucks to be beaten to a pulp because someoneâs holding a grudge, and that does happenâ

But not as often as you think.

More often than not, people just arenât sure whom to attackâeither that or theyâve learned that holding grudges gets them attacked less frequently. Most people have never thought through the larger impacts of their actions, and unless you sit down and have a discussion about it, they never will. 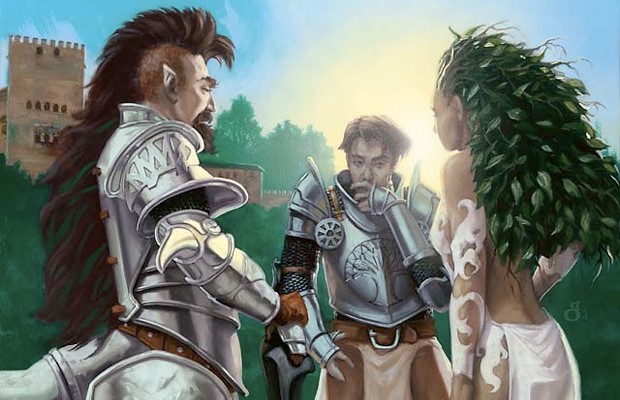 Congregation at Dawn by Randy Gallegos

Once everyoneâs made aware that weâre wasting time, there are a host of other issues. First of all, whom should we be attacking? The answer, of course, is the biggest threat, but thatâs not always easy to determine. A lot of people go after whoeverâs ahead on board, but that just gives us another waiting game during which nobody wants to play anything threatening. There are numerous factors: cards in hand, available mana, raw deck power, strength of commander, how well the playerâs strategy matches up against yours, and so on. I donât have a magical formula for threat assessment, but hereâs the thing: Itâs okay if youâre wrong. If everyone makes an honest effort to assess whoâs threatening and take aim at that person, things run fantastically.

But are you going to be the first? If you attack whoever you think is ahead and each other person only attacks people who attacks him or her, youâll wind up playing Archenemy. Everyone needs to be on board. âBut Jules,â you protest, âyou canât just make everyone agree not to use a winning strategy.â You can if you first convince them all it will be more fun. Thatâs exactly what Commanderâs social contract is in the first place: an agreement that weâd rather weaken our decks than have to play all our games under Stasis.

Thatâs all great in theory, but I never addressed what led to this problem in the first place. We as humans donât want to decide. I can know thereâs more fun gameplay to be had if I decide whom to attack, but if I wait just one more turn, maybe it will become obvious without any effort on my part.

And that thought lands me back in square one. So, how do we circumvent our mental blocks? 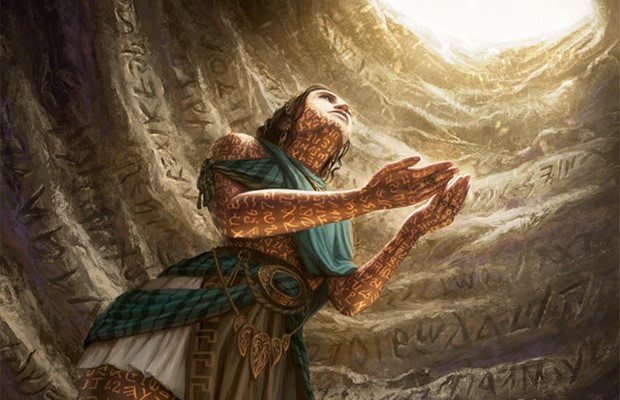 Our best weapon is to get rid of the choice about whether to make a choice. If we expect something of ourselves, our default behavior shifts from debating whether to do it to completing the task. If that sounds strange to you, we probably mean different things by expect. I donât mean knowing you have to do something; I mean believing that youâll do it. Once you really expect something to occur, the choice stops being an amorphous blob on the horizon and becomes a deadline. You canât put off the decision of whether to mulligan, and if you can get to feeling the same way about threat assessment, youâre home free. Unfortunately, itâs not easy to convince yourself that you have to gauge threats before youâre allowed to play your spells. What else can we do?

One other option to keep our brains from protesting the decision-making process is to make it easier. I might not be able to convince my brain to calculate the values of the cards in everyoneâs hands and how well their decks will play out as the game progresses, but theyâre already doing that work for me! I can have a pretty good idea of who needs to be taken down a peg just by looking at how content everyone looks with their positions. This is called a heuristicâbasically, a problem-solving shortcut that uses related information to make educated guesses when calculationâs inconvenient. Our brains do this all the time already, which explains why $5.65 sounds a lot less like six bucks than $6.35 does. 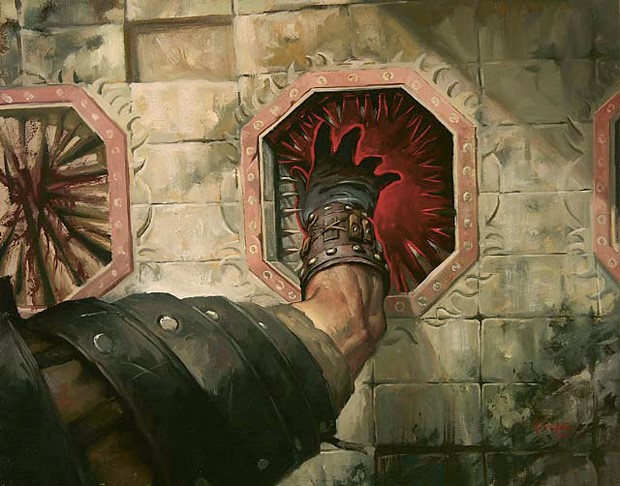 And if none of that helps you decide who the biggest threat is, why not ask? More often than not, everyone will be more than happy to tell you why one of the other players is the biggest threat, and hey, maybe something will sound especially convincing. At the very least, itâll get other people riled up enough to attack whoever was trying to have him or her hit.

I have no illusions that writing this will solve the issues Iâm addressing, but making time for even just a few more games of Commander is certainly worth my while. I hope you find some of these thoughts and methods applicable to your games. Iâll see you in the red zone.