THEY SAID IT COULDN'T BE DONE.

I was thinking about what to do for my next group of four decks. One of the discarded ideas for my last set of Tribal ones was Spirit Tribal with Celestial Kirin at the helm (blow up all the things!). I really wanted to do that deck, so I thought, I'll do Mono-White and I can do it!

I normally come up with a rough idea of the four decks before I start building and writing and run them by my editor. I sent him my list, including my Wrath Tribal (that's what I'm going to call it), a couple other ideas, and a hyper budget deck with Ellyn Harbreeze, Busybody as the Commander. How hyper budget? I want the deck to be under $20 out the door on this very website. 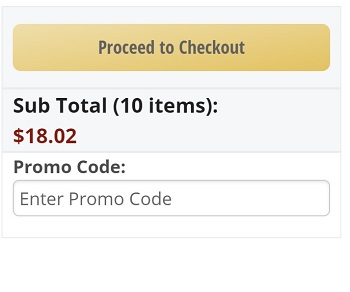 When I said I wanted to do a deck for under $20, several people told me it wasn't possible or would be very hard. Good cards are expensive. Staples cost money. It can't be done.

With CSI's $0.99 shipping on all singles, the entire deck - assuming you have 40 Plains somewhere - will cost you $19.01. Every card is $0.49 or less. And the best part is this deck can hang. In fact, I like this deck so much after I took that screenshot, I clicked "proceed to checkout" and bought it! I'll play it at my next Commander night.

Let's talk through it. First, our Commander and her background:

I like any Commander which gives us repeatable card draw, and Ellyn's better than many because we have selected card draw through her, all at the low-low cost of making some Tokens. Since we're going to be doing that (and we're sticking with Mono-White here), we may as well go with the Background which helps our Tokens out. 3/3s are way better than 1/1s.

To keep costs down, and because most Magic players already have these, we're going with 40 basic Plains. We don't have to worry about anything coming in to play tapped and we'll never not have our colors. A few other lands might be nice; Castle Ardenvale, for example, makes Tokens, as does Springjack Pasture. If you've got those, maybe throw them in as ways to use our mana.

Speaking of, we've got lots of additional ways to make mana. I like using mana rocks which have use throughout the game, and in service of a severe budget restriction, many of them are cheap! Network Terminal and Magnifying Glass both let us use excess mana to draw more cards. Unstable Obelisk can remove a troubling permanent. Our one concession to speed is Marble Diamond, who can get Ellyn out a turn early if we manage to stick it.

Drawing cards is always a good thing, so we've got more than just a few mana rocks which draw us cards and even our Commander to make sure we keep action flowing. Because we know we'll have plenty of mana, we can run Arcane Encyclopedia without worry; we've got

extra kicking around? Draw a card! Rogue's Gloves is a nice one to have in a deck with plenty of Creatures. Search Party Captain draws a card when they enter the 'field, Sky Crier gives us another mana sink (and buys us some good will at the table), and Rumor Gatherer is going to draw us a card almost every turn it's in play, plus Scry for us, which helps with Ellyn. Relic Vial is our budget Skullclamp (which we certainly can't afford on this budget): instead of paying

to Equip and killing a Token to draw two, we're paying

and sacrificing a Token to draw one. Less good, but it's something. Besides, we've got a couple Clerics so we might actually be able to turn on its triggered ability.

We're going to make a bunch of Tokens, and we will attack our opponents with them. They will be rather larger than originally intended because of our Background. In this deck, in order to use Ellyn's ability, we're prioritizing more tokens (at higher mana costs) over quick smaller bursts. Raise the Alarm is one of our small-value Token-makers; it still makes us two (which digs us two cards), but its Instant-speed lets us drop in a pair of blockers as a Combat trick, which can be nice. (Omen of the Sun is the other one.) Otherwise, we're mostly making tokens on our turn with things like Captain's Call and Release the Dogs. We don't care what they are; they all get +2/+2. Cathar's Call and Retreat to Emeria only make one, but they do it every turn, which at least draws us an extra card from Ellyn and adds to our board state, which isn't nothing. Promise of Bunrei will add some flyers to our squad and, if we're lucky, is nice Wrath of God protection. White Sun's Zenith is wonderfully reusable and great in a deck which makes this much mana reliably, and Gideon's Phalanx will be, at some point, the world's greatest combat trick.

Our best board wipe is Martial Coup. It'll leave us with a bunch of tokens and, assuming we can replay Ellyn the following turn, make them pretty big when they can attack. Dawn // Dusk is pretty good, but often our Tokens will be 3 or larger, so it'll just be a board wipe. Kirtar's Wrath is like Martial Coup light, because it at least leaves us with something. Hour of Reckoning would be awesome here. It's just out of our budget, but if you've got one or can spring for the extra $0.75, I'd do it. I didn't want to spend more than $0.50 on any card. We've also got a couple of Artifact and Enchantment removal spells like True Love's Kiss and Topple the Statue, which cantrip so more card draw, and several Enchantment-based removal spells which can Exile any permanent for as long as they're in play. Oblivion Ring is the classic here, and the one I know best, but there are a bunch and they're all excellent at getting rid of problems.

Finally, we have a couple of things worth mentioning. Burnished Hart will pull a couple of lands out of our deck for us, thinning and improving our mana. Foreboding Statue goes from a mana rock to a mana generator. Rootborn Defenses is hilarious when something thinks they've got you with a board wipe. Decree of Justice is fine to Cycle, but we should have enough mana to make it worthwhile to just cast it and make some Angels. They'll be 6/6s, which ought to make the table sweat a little. And our two anthems are Intangible Virtue (which just rocks in this deck) and Prava of the Steel Legion, who not only buffs our Tokens but lets us make more.

A few cards which fit into budget but didn't make it to the final list are Priest of the Blessed Graf, who can keep pumping out Tokens and adding to how deep we can dig (plus these Tokens fly!), Lunarch Veteran, who's great if the lifegain becomes important in your meta, and Myojin of Blooming Dawn, who's expensive but can rebuild us quickly and dig us really deep.

If I wanted to put more money into this deck, I'd start with a Castle Ardenvale and a Springjack Pasture. After that, more repeatable Token generators like Heliod, God of the Sun would be great. True Conviction is a solid potential pseudo-anthem. Hour of Reckoning for Dusk // Dawn. Most of the Elspeth Planeswalkers would be good here, but I think I want Elspeth, Sun's Champion most of all. One nice thing about a $20 deck is you can alter it with abandon and you haven't broken anything really nice. A $500 Commander deck is a special thing; each card is carefully selected and optimized. You're not just going to pull your Sword of Fire and Ice because you feel like it. But with this, everything is so cheap you can try stuff and it doesn't matter. Got a new spell in a draft you want to try? Throw it in! Friend gave you an Elspeth Tirel as a gift? Run it! Got a friend who wants to try Commander? Hand them this one and let them keep it!

Do you have any super-budget decks? I'd love to hear about them! Any suggestions for this deck, keeping with or breaking the budget? Let us know in the comments!