I have a few pots on the stove cooking up some deliciousness, but in the meantime, we have an urgent Vorthos matter on our plates.

Emerald City Comicon in Seattle is ground zero for The Gathering, a Kickstarter project that gathers over thirty of Magicâs original artists to make new art book. They are reimagining pieces of their older artworks or just making a new fantasy artwork. Some of them are just silly-amazing. The Kickstarter project arrived at 100% of their goal within forty-eight hours and currently has over five hundred backers. Itâs a big deal, you guys, and the stretch goals are all being slow-rolled out. To commemorate the occasion, ECCC is having a little art show to go along with the artists.

In case you live under a rock, Seattle is where most fantasy artists live, and getting a groundswell of them to, well, do anything together is quite notable. Limited Edition Alpha was twenty years ago. You can be famous, change your name, become infamous, and then become famous again in that amount of time. (Who also played basketball with my cousin in middle school oddly enough.) Reinvention happens in creative fields, but some aspects do stay, just like accepting a request to play âFree Birdâ or alter another Force of Will.

So, all of these artists are in one spot; thatâs neat. Grand Prix events these days have three artists who arrive at nearly everything: rk post, Terese Nielsen, and Steve Argyle. Having some of the original artists allows for signatures on cardsâlittle alters, yesâbut you get to see some of their original artworks. More important to our community is that original artworks are available to be seen that havenât been out of the vault for over a decade.

Josh Krauser, the webmaster over at OriginalMagicArt.com is there and taking pictures like a man possessed. Most notably, Peter Adkison, former CEO of Wizards of the Coast and CEO of Gen Con has loaned some of his Alpha original artworks for an art show. 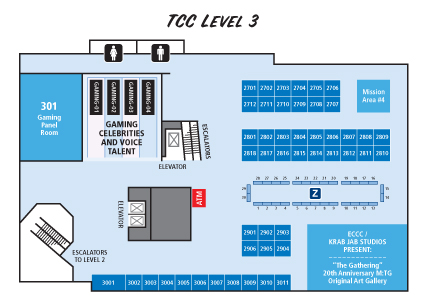 Okay, that lower-right-hand corner appears to be pretty big.

But the art is significant to Magic.

Feast your eyes on the most incredible blurry picture youâve ever seen.

Thanks to @OriginalMtGArt for all the pictures. 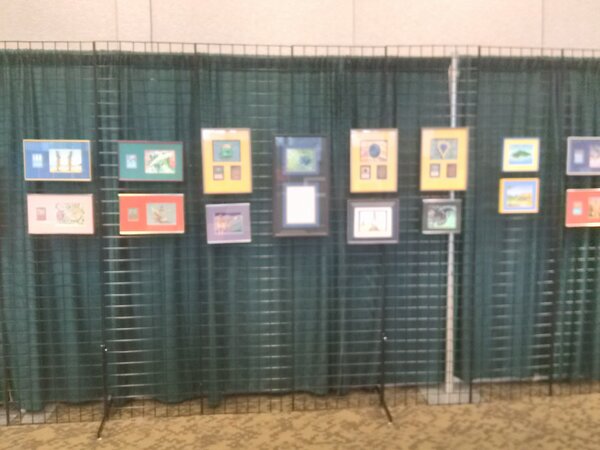 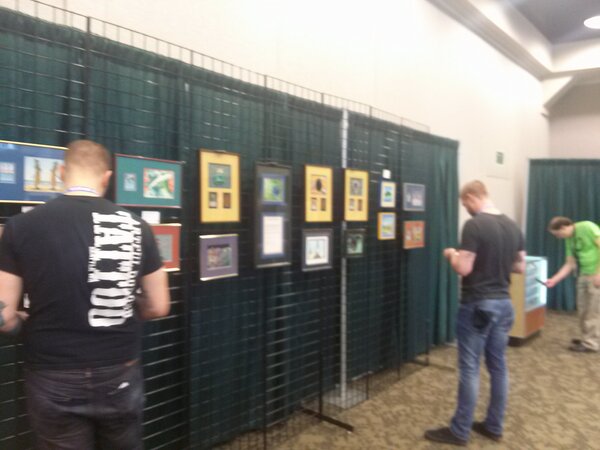 Whatâs that box on the right side? 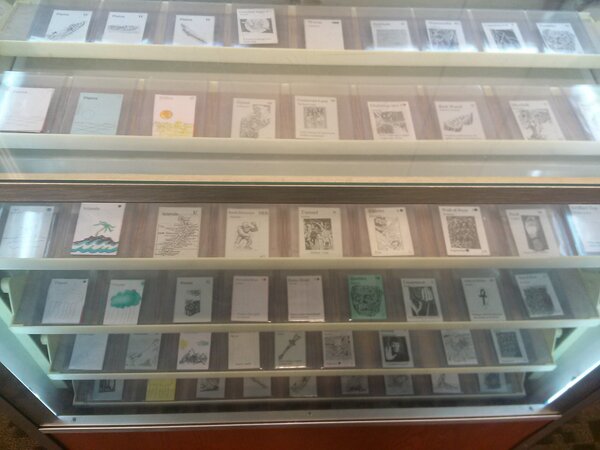 Theyâre original Alpha playtest cards in movable coin trays so you can see all of them! Incredible. 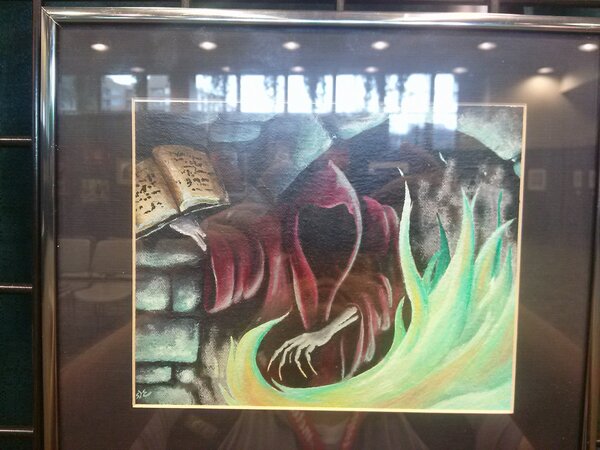 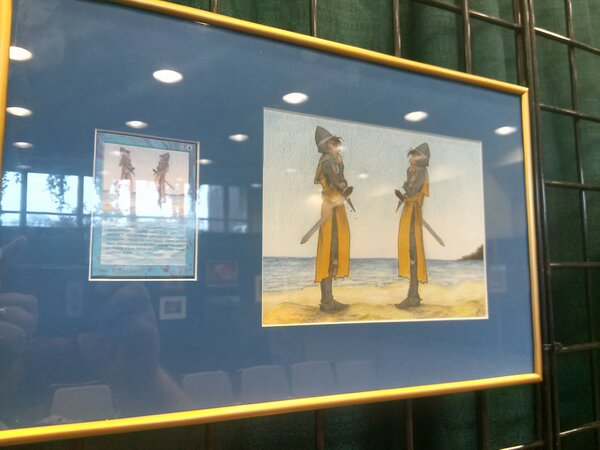 Not a very large artwork indeed! 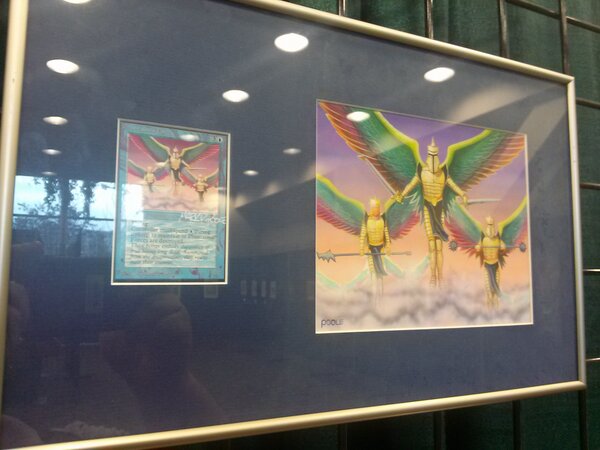 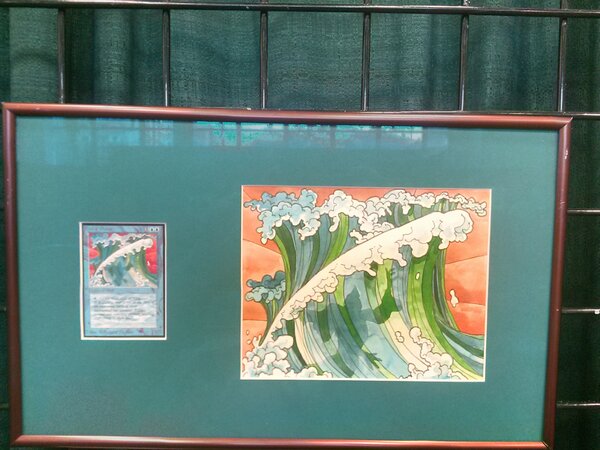 Wall of Water by Richard Thomas

Notice the man in the water. A wizard perhaps. 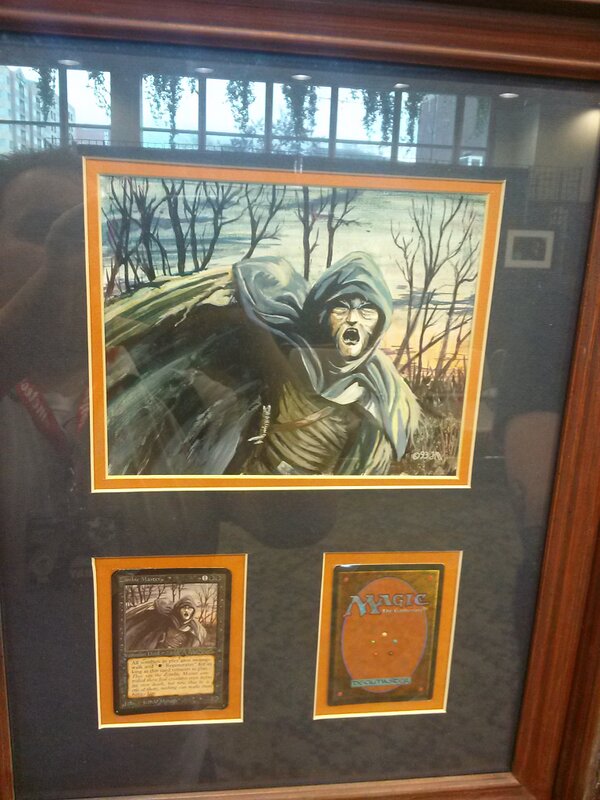 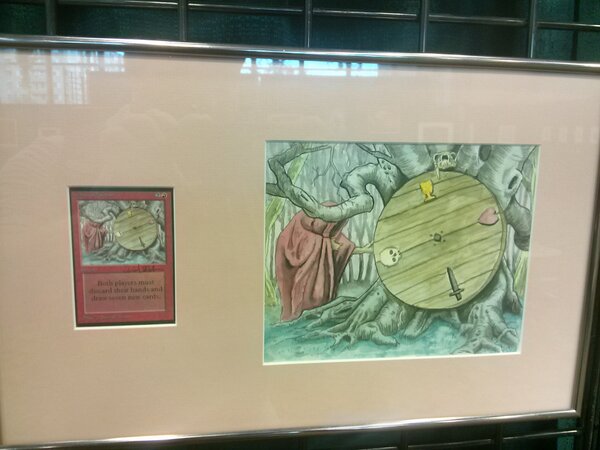 Wheel of Fortune by Dan Gelon 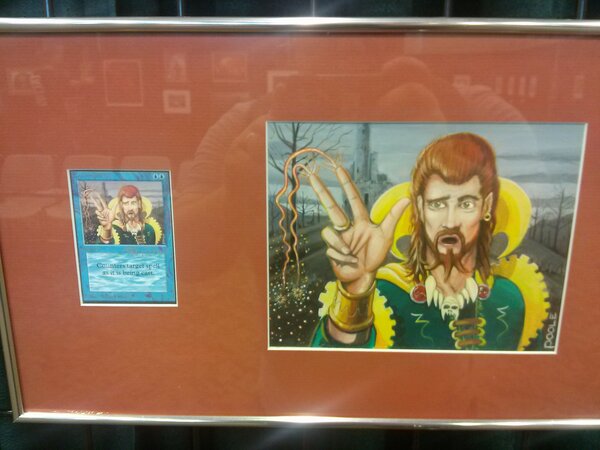 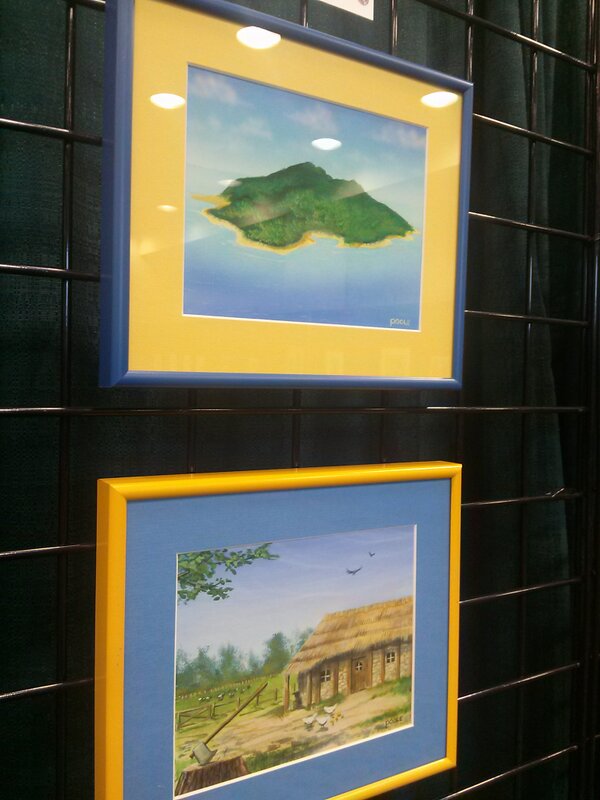 Island and Farmstead by Mark Poole 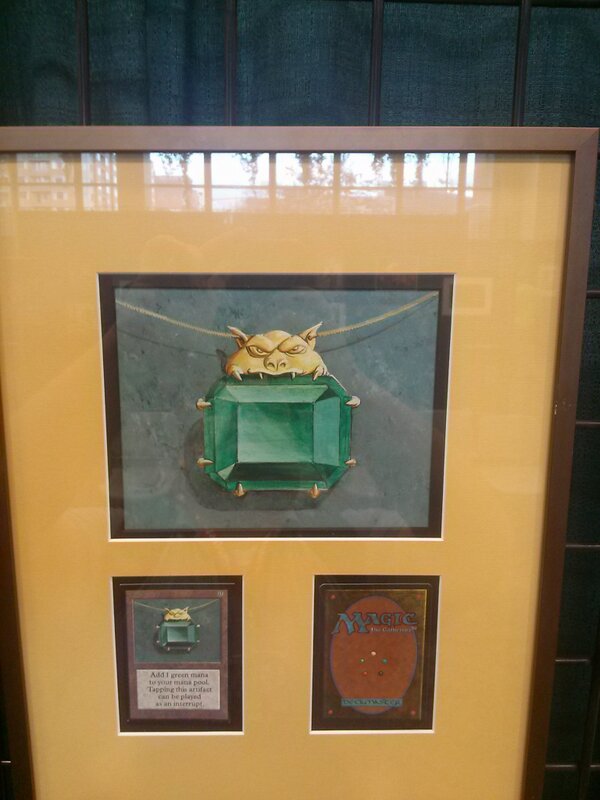 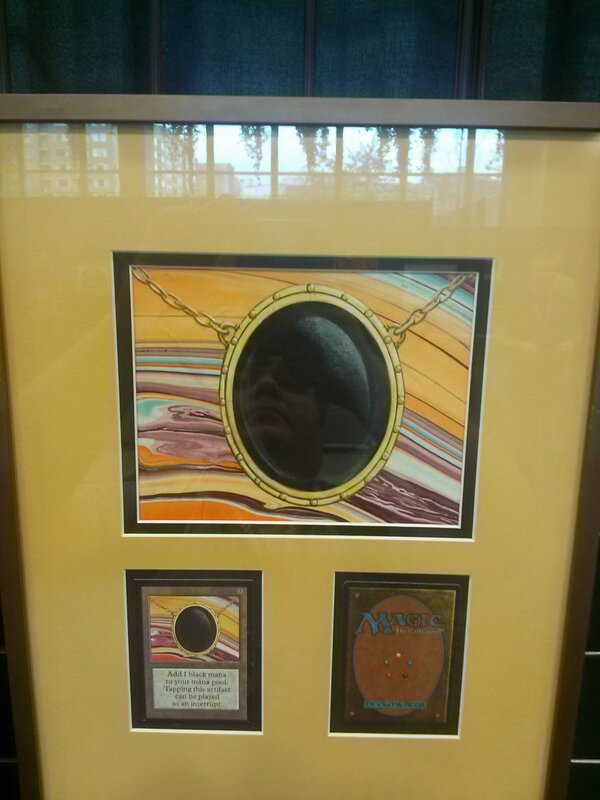 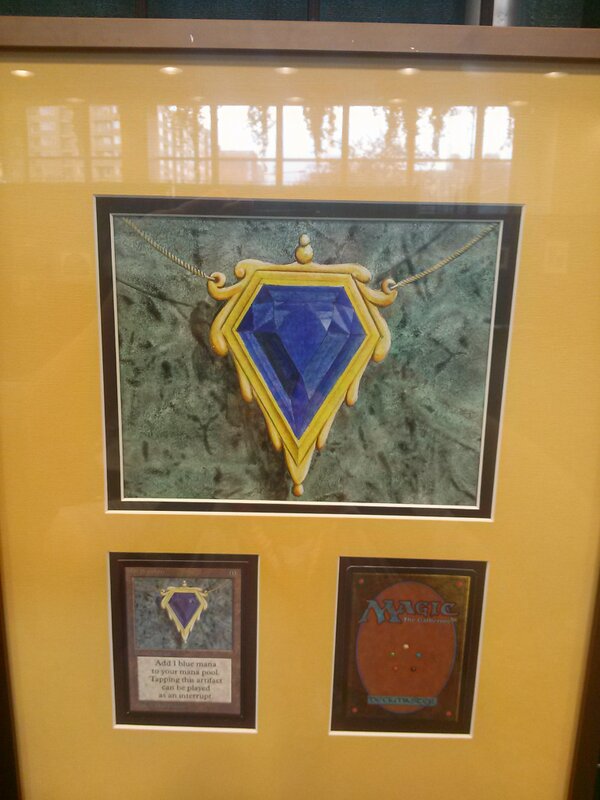 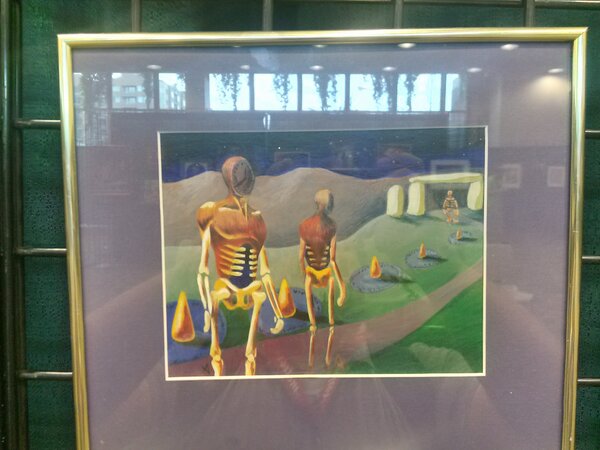 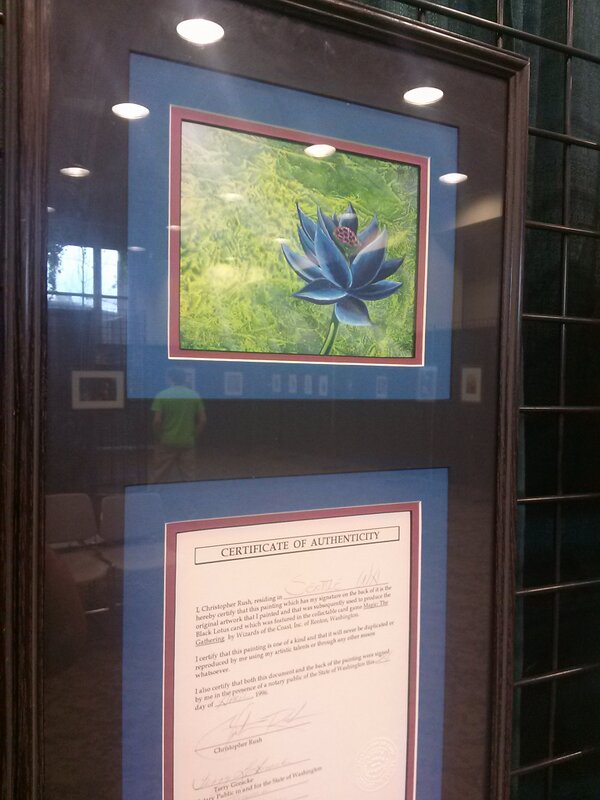 Clearly, this piece comes with a certificate of authenticity.

If you live in or around Seattle, sneak into the convention if you have to. Check these out. A major art show might not be possible for years, and this will be the only chance to see them unless Peter feels like displaying them again.

Oh, also, some other art is on sale.

Is that a Hymn to Tourach for $6,000? Is that actually a reasonable price? Yes, dear reader, it is. 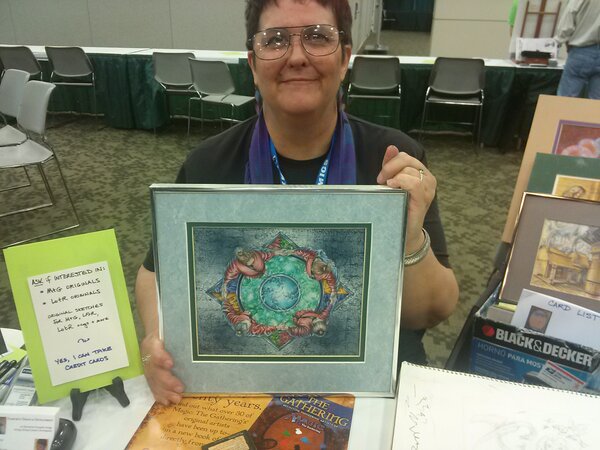 Hope you can get there; the art will be amazing. Take pictures for me.