In the past year, I went a bit underground in my Magic playing. I played more Commander and found other outlets to connect to the game. The greatest one was the original art game. I mightâve called something a bit ahead of its time. I wrote this not so long ago in Vorthos 2012 and Beyond:

7. Original Magic art will become more available. The overall prices for most art will go down. Seeing Lion's Eye Diamond sell for $1,500 or less on StarCityGames in a matter of minutes shows that fantasy art is at an all-time low, despite dwindling supply from digital art. With the advent of the Magic community using Twitter, discounted sales and insider deals will become more common. If you want to buy art anytime, this is the deal.

Magic original art did hit a âbottomâ about that time a year ago. Art could be found for $150 to $250 without much trouble. In fact, I did find some of that. A few things happened that made it change. A few other art collectors and I began to talk on Google chat. We gathered on message boards. A leader among us, Josh Krause, started up originalmagicart.com for showcasing originals, and a community was born. Art began to be bought up. People gained collecting areas, focusing of collections. Angels and demons were quick to be chosen, sure. Me personally? I like panoramas or having a personal connection to an artist and acquiring a piece.

Keep in mind that when contemporaries emerge, artists improve, and in this case, art rises in price due to competition. Try to find an alpha original under $2,000 now. Itâs just impossible.

When you contact artists, please donât kick the tires. Theyâre very busy, and many of these will go quickly. If they sell fast, well, move quicker next time.

Kev Walkerâs Bump in the Night 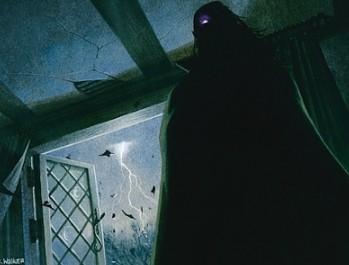 I love this piece. Itâs very simple, but it has a home out there for this price. I keep thinking that this piece will find a good home in a Modern deck, making it very much priced to move. 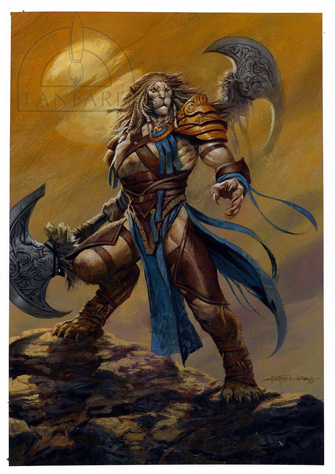 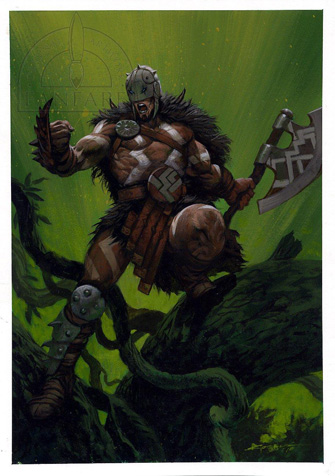 Planeswalker art is quite rare in original art form. Go ahead and research it for yourself. Nearly everything is digital. Why, you might ask? Itâs way easier to grab an Adobe Photoshop layer of a planeswalker for marketing or branding purposes than an it is oil painting. Also, branding consistency is a thing. The deviations occasionally happen, such as Wayne Reynoldâs Ajani, but itâs now quite rare and only delegated to promotional art. (That said, I hope some oils get in there soon!)

These two pieces are from the forty-card box promotional decks they gave away at conventions and such. Yes, I realize they arenât on cards, but there are no âoriginalsâ for the cards in most cases anyway. At the price theyâre at and the size, theyâre a heckuva deal. 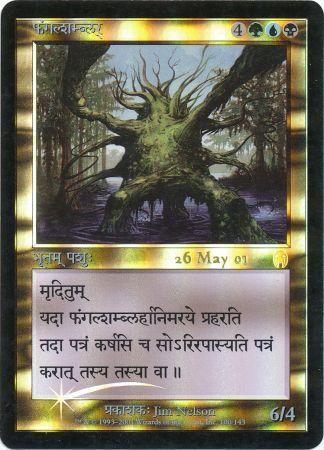 How this is still available is beyond me. This is one of those promotional arts you always remembered because the prerelease card was in Sanskrit! If you own any saproling artwork, this could be a great addition. 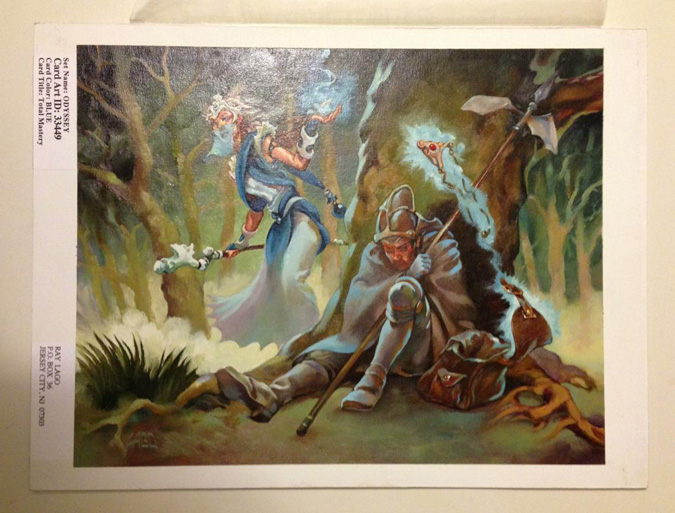 Andrew Robinsonâs Hivis of the Scale

This link will take you there; it requires making a Magic Online Trading League forum account, but for that price? Absolutely.

Mirage art is becoming very hard to find, as the style was so consistently painterly. I own Tony Robertâs panorama Forest, and I love it. This piece is clean, simple even, but itâs straightforward, and since a player has it, a deal might be had. 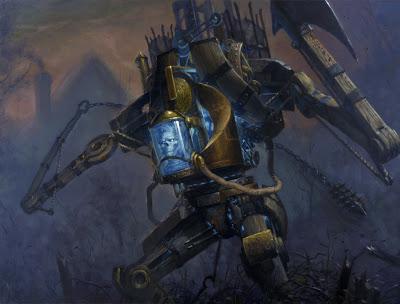 I heard about this one through the grapevine, so donât shoot the messenger. If this is for saleâ.â.â.âoh biscuits! This image was accepted into Spectrum 19. Itâs very, very rare for an artist to sell their award-winning work. I know one of Steveâs other winnersâmind you heâs had a few: the promo Surgical Extractionâwas NFS (not for sale) last year at Spectrum Live.

He wrote about Narstad Scrapper on his blog. 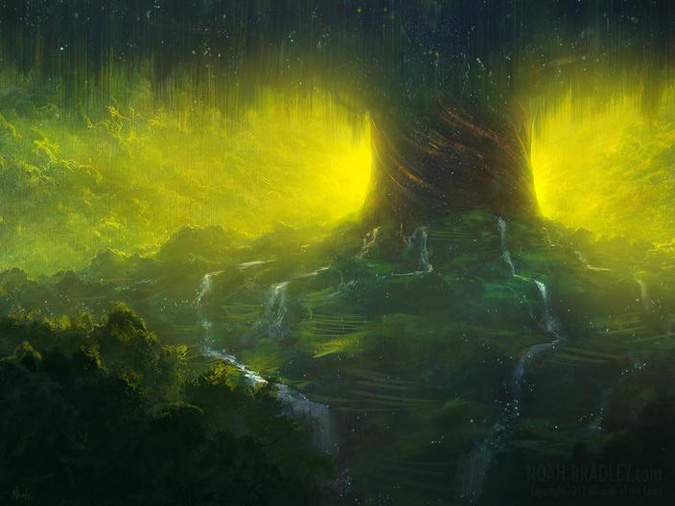 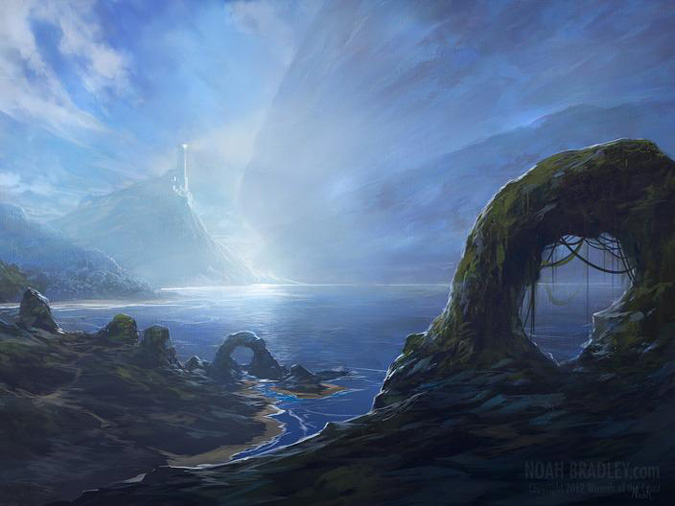 These two are Noahâs first two commissioned and printed cards. They are damn huge for Magic art. Most Magic pieces are in the 8âÃ 10â range, with some slightly larger or smaller. Having pieces this large is absurd. More silly is that both pieces together are $3,000 and heâs willing to hustle out a deal for them.

Really only Scott Fischer works this large, and his originals are gone, folks. Sorry.

If you want art that your wife, girlfriend, husband, boyfriend, roommate, or ferret will not only think is acceptable for a living room (passing the sofa test) but also think is cool, these are incredible pieces.

Also, sorry to say, but theyâre also underpriced by $500 or moreâ.â.â.âeach. Seriously. 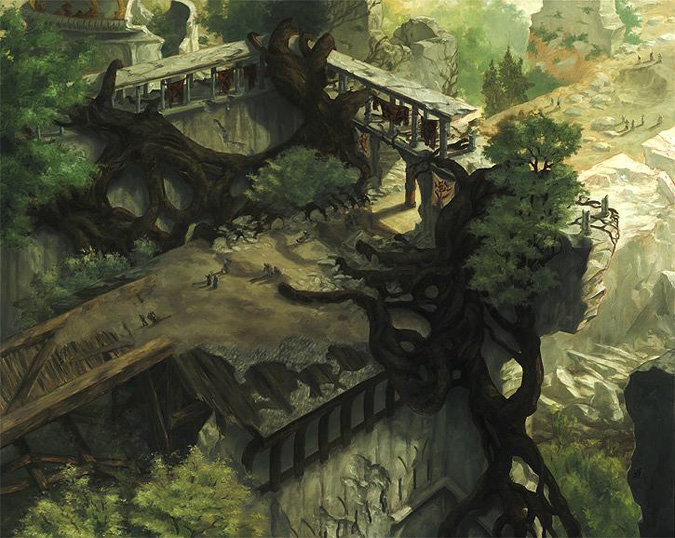 Randy wrote a great blog post on this, which you absolutely need to read.

Yes, he charges a little more, but the piece is larger than the normal Magic art. Why I think it should be snapped up is that Randyâs a man of the people. He believes fully in payment plans. I respect that a lot. Take a few months to pay it off, and both people win. This is a piece Iâd do that for. Maybe a little down, a little from your tax return, and boom: art.

That rounds out the list this time around. Weâll have to do this again.

Thereâs a lot of art out there if you look hard enough to get it while itâs hot. The myth that everything new is digital is simply unfounded.

Sell some of your random cards upon rotation, and pick up some art. It retains its value better (+EV!), and youâll actually get more use out of it than a card square in a binder.

Get some art; your inner Vorthos will love it.