I'm a huge proponent of having a favorite set of lands. Being a Painter's Servant, I like to give some tips on ways to improve your game in both a practical way and in an aesthetic way. I never seem to cover them enough in set reviews because you need them at high-resolution size to objectively see them. Often, there's a slightly larger image on the Wizards site, and the artists will rarely put the images on their blogs.

I think lands are underrated tech. Folks who bring their own lands to a Draft or a Sealed event save the precious minutes in deck-building because they have their own, presleeved and ready to roll. I've had numerous times, especially in Team Sealed, when I need every second to conduct deck-building. For those of you meeting me in Portland in a few short weeks, have your own lands ready and sleeved!

These are my five I'll be bringing:

My Forest and Swamp change slightly because I own the original panorama painting for them. That gives me four options for those lands. I keep a stack near my stash and grab them before an event. I bring eighteen of each land, just in case I make a mono-colored pool of cards and need all the lands. I always look for traditional paintings instead of a Photoshop-graphically-designed mana producer. Makes it feel more real, you know? âAlmost immersiveâ is how I would describe it.

I find the consistency to be rather pleasant to my Vorthos eye. I don't like seeing odd mismatches below my creatures. The strategy of playing white-bordered lands to put the opponent on tilt or of keeping the lands above the creatures isn't my jamâit's just disorderly. Though, if a land you love is only in white border, make it work!

Today, I have one of each land you might have overlookedâthey're stunningly great artworks. 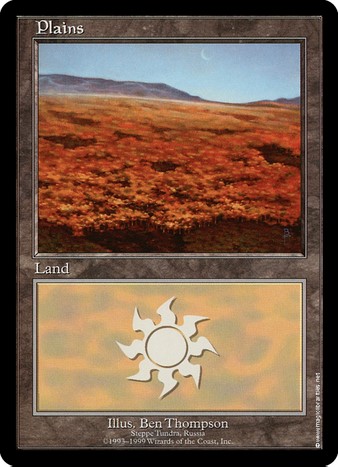 I really wish Portal Three Kingdoms lands were reprintedâthe land looks so pretty, but it's white-bordered. That extra starkness really washes out the artwork. Since that choice isn't available, I'd go with the Euro-land Plains out of the purple land pack. Euro lands are alternate-art lands that were available to people living in Europe by purchasing a booster box of Nemesis, Prophecy, or Invasion. Oddly, compared to the Asia/Pacific Island program, you had to cut out the bar code from the booster box and mail it to a Magic distributor to receive the land pack. They were super-rare at first, but due to demand, they opened up the supply and allowed any booster box purchase at a retailer to count. They moved like hotcakes.

I like this artwork because it's the Russian steppe. It's basically the tundra region in summer. That area of Latvia/Lithuania doesn't receive all that much love, but the Euro pack of lands really sought out more than just Germany, France, and Italy. I love how it seems out of focus, and then you look at the tree line closely and see the detail. I miss Ben Thompson's lands.

This one is also at CoolStuffInc. For a few bucks each, they're a steal. 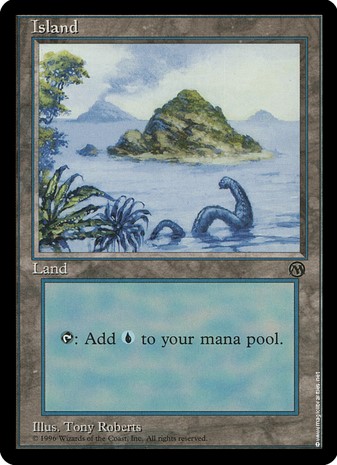 Step behind the bowl Island from Zendikar that everyone has, and go for a little more flavor. Why not have a Tony Roberts painting that has a sea monster? You can't be much more islandy than that

This painting is from the Arena League promo program. The league was an incentive program of sorts that brought kitchen-table players into competitive play without professional DCI play. They were really run by stores, open to giving out promos with whatever format their players liked. It was all about quantity of events, and to make it more attractive, they gave out these promos. Tony Roberts painted a panorama that spanned all five lands, and a Wizards employee snap-bought it even before the cards were released. (Grumble! I want that artwork!) The lands worked in that you'd receive one at the start of each season, and the top players would receive a Disenchant or a Fireball. These incentive programs were rampant in the 1990s from Arena League to the Guru program, and the promos, like this little Island, were prizes.

Does CoolStuffInc have this one? You bet, and they have oodles of them ready. 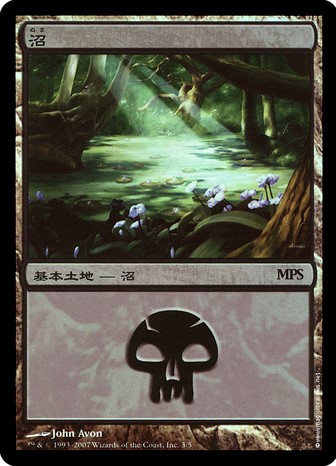 I really like these MPS promos. They were Magic Premier Shop promotional items that Japanese retailers could use as Friday Night Magic/Arena/other promotional items for players. Unlike the Guru or Arena programs, MPS promos were handed out as things for returning players and new players to learn the rules of the game. Wizards had this Starter/Advanced/Expert level differentiation of boosters, making it confusing why Portal Three Kingdoms was considered a Starterâor basicâset, and a core set was advanced in any way. To help some of this, they introduced MPS in Japan, but there wasn't any real program like that to navigate the game, rules, and community in other countries.

The MPS lands look great in foil. This Swamp's little flowers just light up and really hold your attention. I'd for sure look into acquiring these. 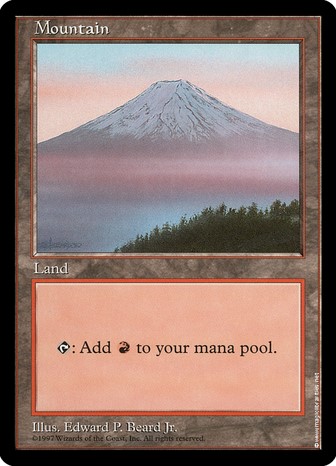 One day, I'll upgrade all my purple mountains to Mount Fujiyama here. This card is from the APAC set of lands in the clear booster, being set three. APAC (AsiaâPacific) lands were alternate-art lands that were only available to people living in the AsiaâPacific region by purchasing a box of Tempest. They were the buy-a-box promos of their day. The cards were available in three packs: red, blue, and clear. The artwork features scenes from around the AsiaâPacific region.

If you have a Cube or a Commander deck that needs some amazing land, check these out. 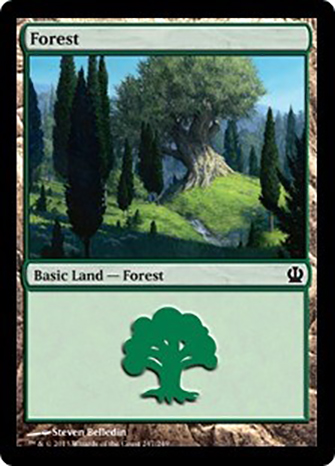 Steve Belledin has been firing on all cylinders, churning out just incredible-looking lands. He talks about his lands in depth, and I urge you to read about it on his blog.

One of the advantages to loose sketches (like the one seen above) is that there's only so much I need to commit to. A big disadvantage, however, is that there's a lot to make up once I go to paint. When it comes to landscapes, though, that's actually not a huge problem for me. I was happy to let little accidents result in new ideasâwhich is basically how the waterfall came to pass.

I'd pick up a pack of twenty to forty of these lands for your stash. They're super-cheap and it looks more unique than many of the deciduous Forests that are painted over and over again in varying capacities. If I didn't use my original artwork Forest, I'd absolutely be gripping these. 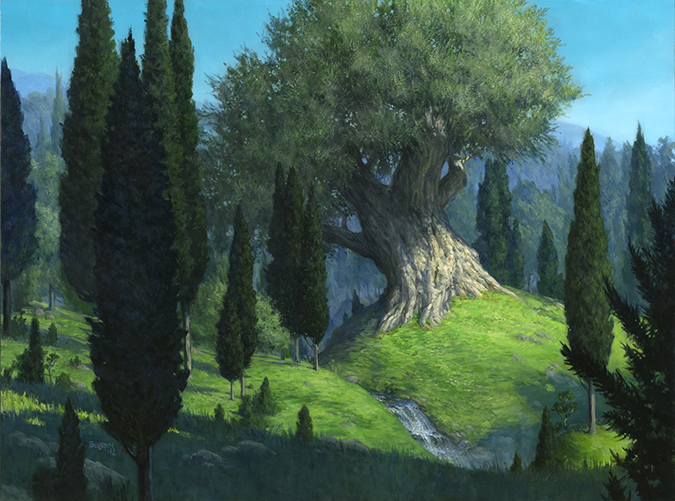 Let's do this again soon. Maybe after Gen Con we'll have some crazy, crazy lands for people to pick up!